What robotic sorcery is this!? 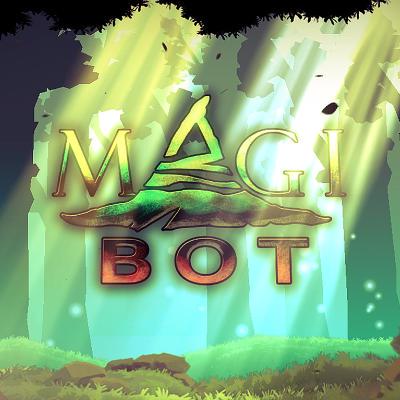 Give a helping hand to a little magician robot in this 2D platform and strategy game! Awoken from “standby” by your creator, you’ll need to use both your grey matter and your magical powers if you are to find the terraforming modules hidden on a hostile planet. And don’t forget: you are humanity’s last hope!

Who said that robotics and the arts of the occult don’t go together? Dr Lawrence, for one, was never forced to choose between them, and that’s the entire concept behind Magibot!

Here you play as Ilo, his final creation. Ilo is little robot with a passing resemblance to Wall-E, especially when it comes to his mission: to offer some mechanical assistance to the human race, which once again finds itself facing extinction. It’s certain, in fact. As for the rest, this brave little robot with its hat and magic powers has been given orders to repair five terraforming modules. 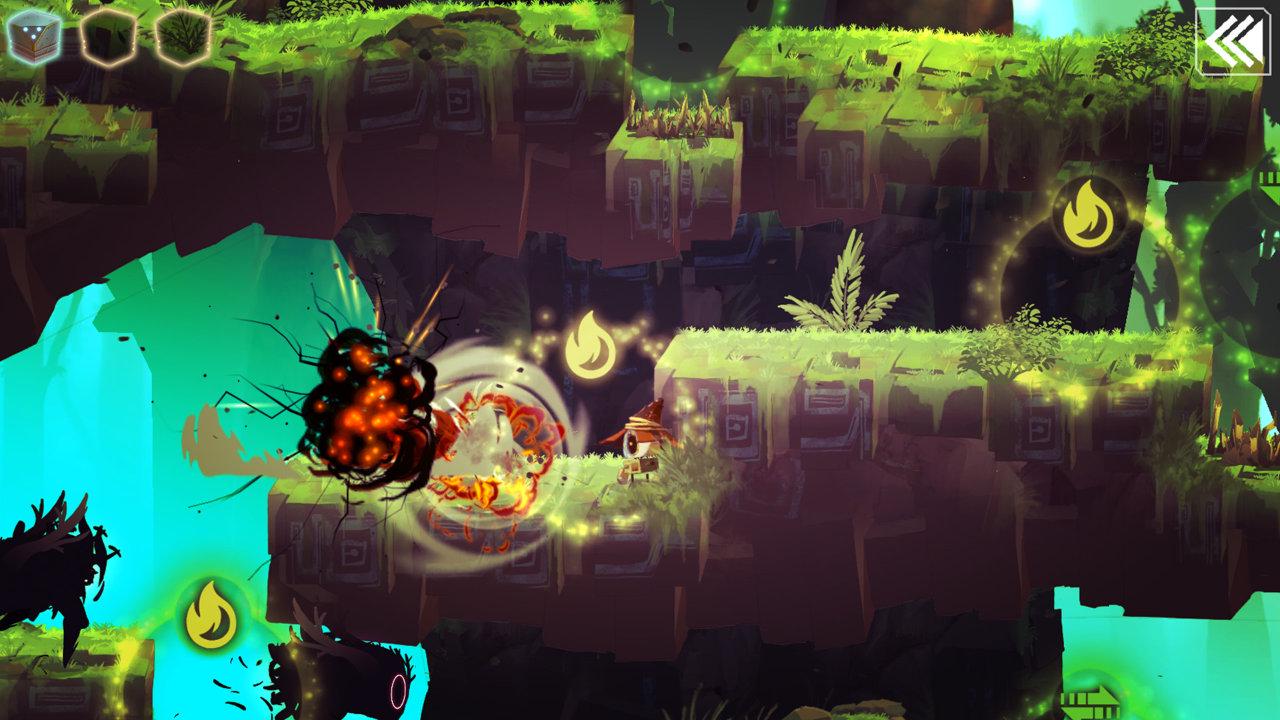 Scattered all over the planet, they will enable the humans to make the planet’s atmosphere breathable and ensure the survival of the human race once and for all. But there’s a hitch: the planet Ilo has landed on is a hostile one, filled with traps, pits, spikes, and bloodthirsty creatures! His mission, then, is far from a walk the park, and at the outset his abilities are somewhat limited. Thankfully, Dr. Lawrence has provided nine superpowers that Ilo will have to seek out and collect along the way of his perilous adventure!

Developed by the French developers at Studio Baikin, Magibot is a 2D platform and strategy game that the whole family can play. While at first it might take a bit of dexterity and ingenuity to root out all of your special abilities, the game then becomes more about strategy. The gameplay is straightforward, but is often divided into two phases, depending on the level. 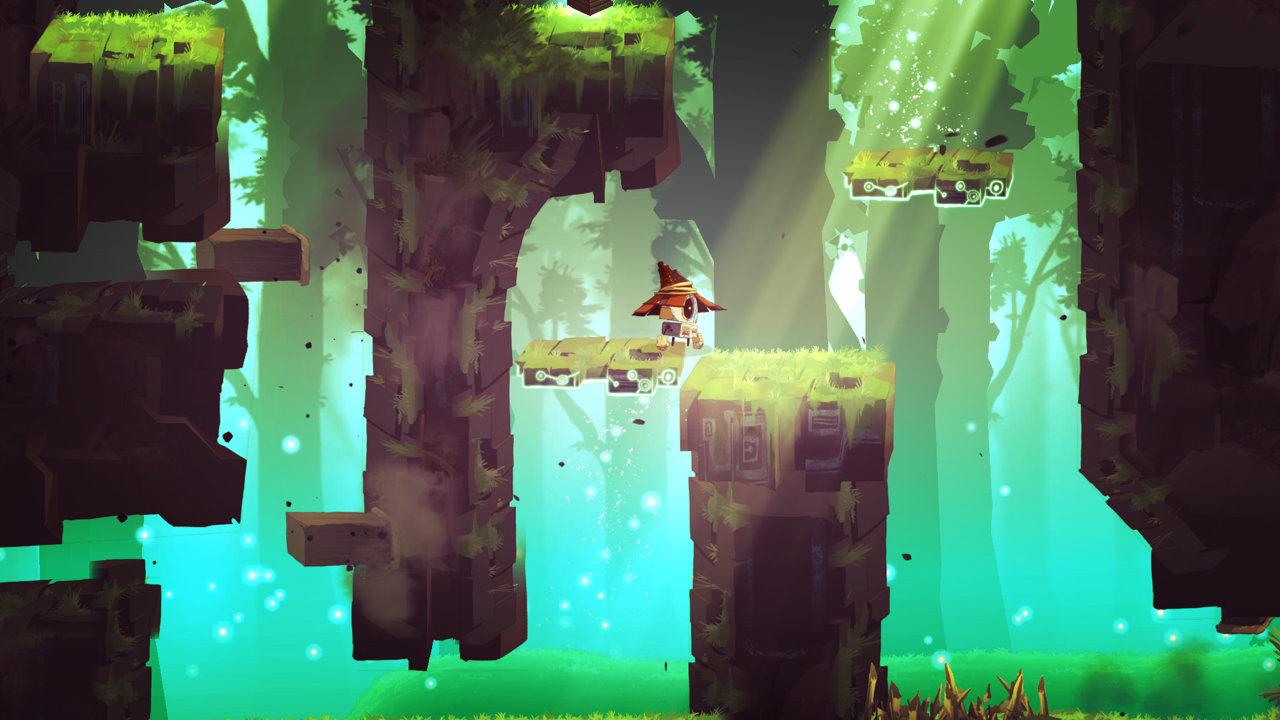 The first “preparation” phase will see you collect the powers you need to succeed in the “action” phase, with its very specific challenges. In each of them, Ilo will need to use one of his powers (flight, stopping time, and crossing walls) if he is to make progress and whistle off on his merry way.

Just remember to pick up as many pretty “key cubes” as you can: you’ll need them to access the next level! And while the general atmosphere across the game’s 40 levels is always chilled and blissfully soothing, try not to be rocked gently to sleep by the smooth soundtrack because danger awaits around every corner!