Bombslinger has managed to outdo certain instalments of the iconic Bomberman games.

Bombslinger is a story of revenge. You play as a former bank robber who has retired from a life of crime to live with his wife on a ranch... the American Dream.
Unfortunately, your old accomplices grew jealous of your success, and came to burn down you ranch and murder your wife.
And so you set off you exact your revenge with no mercy in this rogue-like game, where you’ll have to bomb your way through a series of arenas, all interconnected on a labyrinthine map. Your goal is to find the boss to complete each level, boosting your character as you go, with a varied range of items. 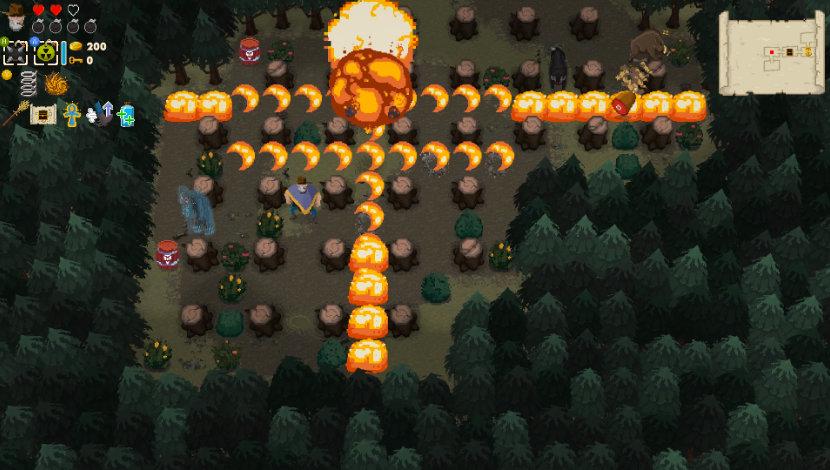 Bombslinger’s strength lies in its infinite replayability: every game is different, so much so that you may not encounter the same bosses on different play-throughs.
And if Bombslinger dies, say goodbye to all of the items you picked up when you start again. Like a great many retro games, death means its back to the beginning with no ammo, weapons, or bonuses, or even booty. You’ll have to feel your way along this arduous adventure with extreme caution so that you aren’t always starting again. 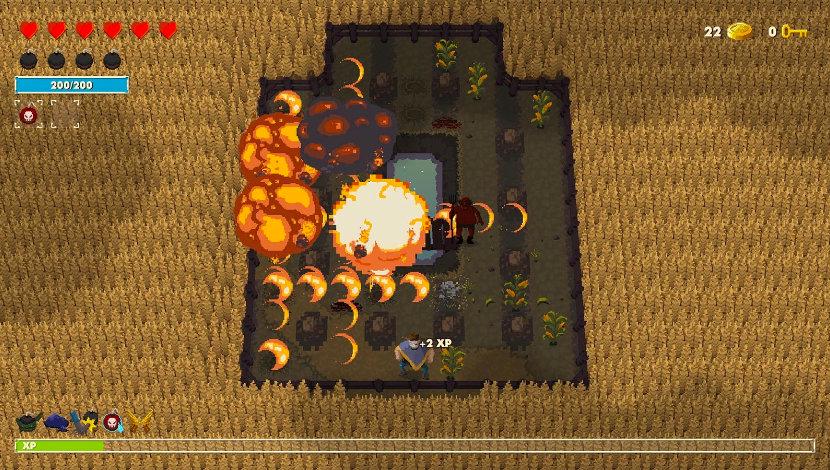 Think and think again: Bombslinger isn’t a Bomberman clone... it’s a Bomberman improvement. Take the concept, pace, art style, and genre of the cult ‘80s game, add a dash of Spaghetti Western, and some special SNES sauce, and you’re in for a treat.