Evoland, history in a nutshell!

If you find yourself feeling nostalgic for Zelda, Diablo and old-school Final Fantasy, this is the game for you!

Up for a video game history lesson? Evoland takes you along on an epic adventure through the ages of game design, from the NES with its 2D 8-bit graphics, to the 3D revolution of modern consoles. Developed and published by Shiro Games, Evoland is the brainchild of France’s Nicolas Cannasse, created for the 24th “Ludum Dare”, a competition to develop a game in 48 hours. Packed with humour and nods to the most famous video game titles, Evoland is a sure-fire trip down memory lane for the keenest retro-gamers. But that’s not all! 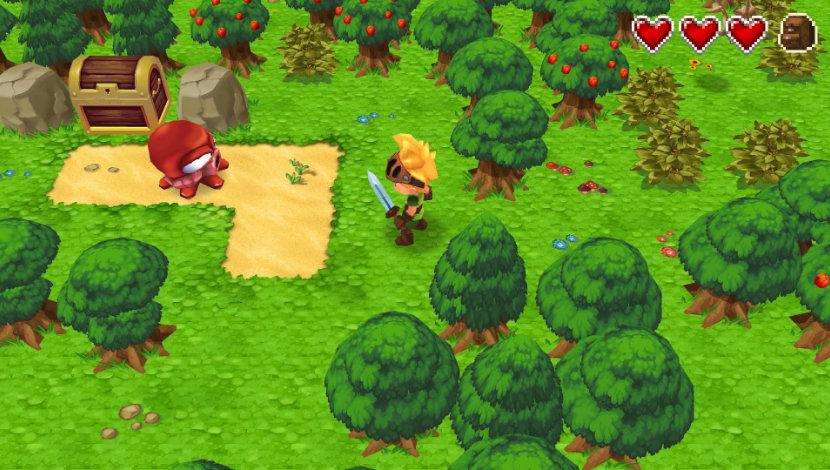 In this action-adventure-RPG, the action alternates between exploring the Evoland world and turn-based combat, just like in those good old RPGs. You need to collect chests that each contain a new evolution in graphics and gameplay, and to do so, you have an arsenal of weapons and powerful spells at your disposal, which also evolve as your adventure unfolds. And the icing on the cake: you can continue your odyssey in Evoland 2: an ambitious sequel that expands upon the great ideas in the original instalment and combines genres with panache, from platformers to shoot ‘em ups, and including puzzle games. Evoland 2 should also satisfy seasoned RPG players who clocked Evoland in three hours straight.

Of course, the Evoland saga is designed for the whole family. It’s a great opportunity to introduce younger players to the joys of retro-gaming!
A real trip down memory lane through the history of gaming.