An obnoxious hero in a fantastic series. 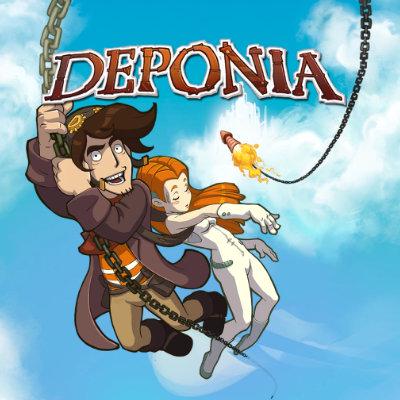 Meet Rufus, the most unlikeable character in the history of Point & Click games.

There’s no denying it, Point & Click games have been making a real comeback in recent years. One reason is that they are great to play as a family, so everyone can enjoy the same story. Deponia is one of the games that anyone calling themselves a Point & Click aficionado simply must have played, on the same level as Monkey Island and Syberia.

Deponia (along with its three sequels) is probably the best known game from Germany’s Daedalic Entertainment, who are also known for the Edna & Harvey saga and undefined, followed by Silence. All real hits! 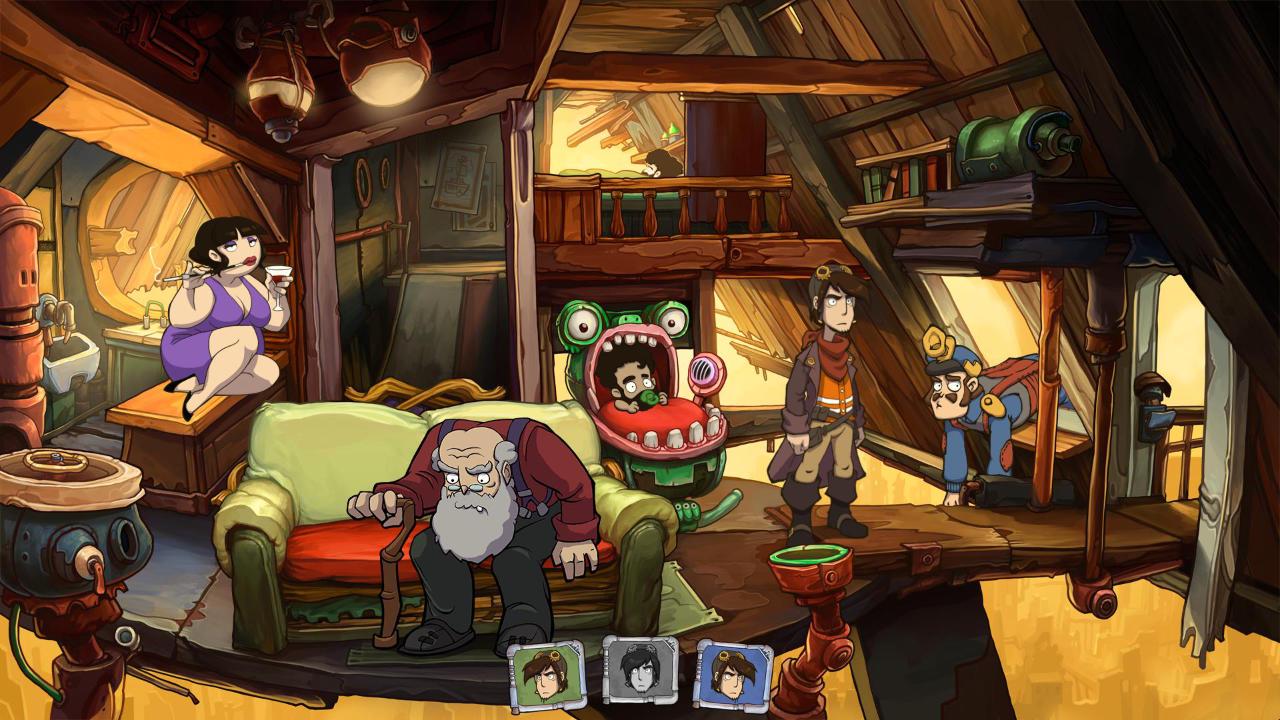 What makes Deponia so original is its unbearable main character, Rufus: he’s bone idle, prickly-tempered, pretentious, and has an oversized ego.

Rufus doesn’t work, crashes at his ex-girlfriend’s, steals, and tries to manipulate other people to his own advantage, as he dreams up outlandish plans to escape the tip where he lives and move to the city of Elysium, a city in the sky where everyone is rich.

His escape plans tend to end badly... His last attempt could have worked, but in trying to save a damsel in distress, he let her fall down to Deponia. And so he will do anything he can to get this young lady back to Elysium, because she’s taking him with her. Say what you like about Rufus, but he definitely knows how to look after number one! And so begins your story.

This synopsis might make you think of the film Elysium with Matt Damon, but rest assured the two tales have nothing in common. Expect barrels of laughs and fits of rage all at the same time, as you try to solve the crafty puzzles. 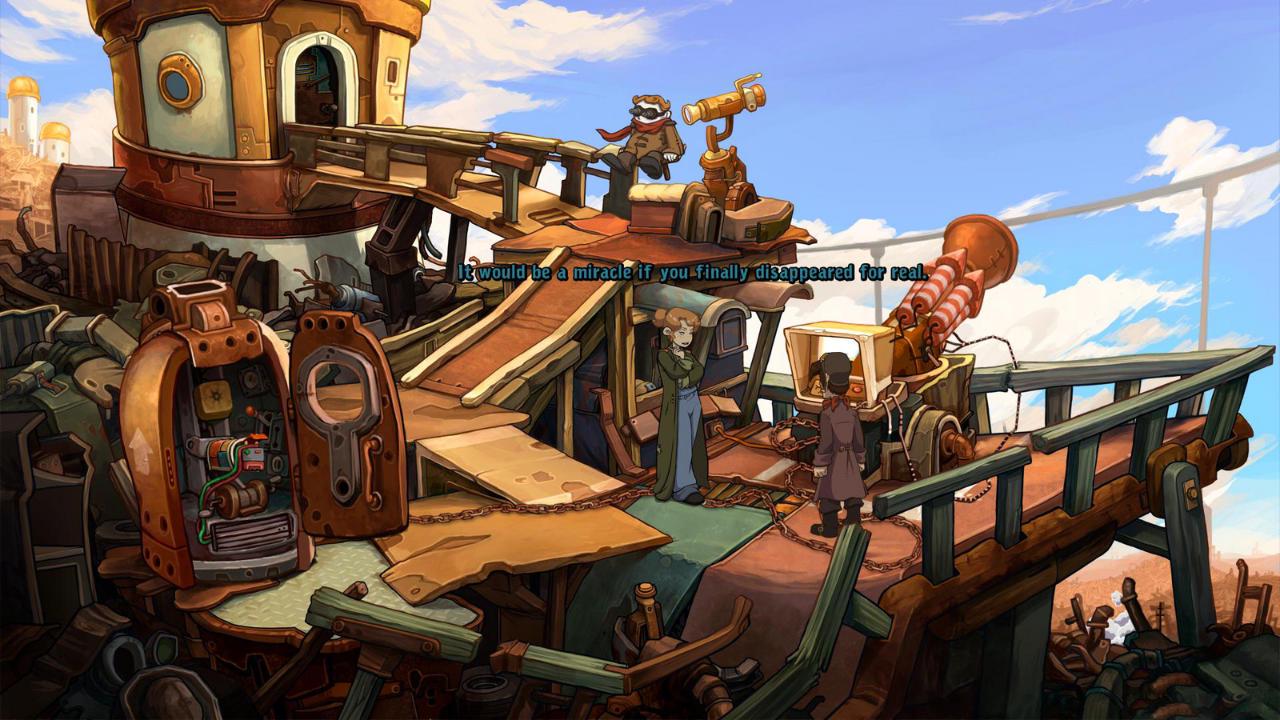 Deponia boasts beautiful graphics inspired by American cartoons, and a cast of fun characters who are all a bit quirky, and all funny, hilarious even, in their verbal sparring produced by some sharp, sarcastic writing.
The backgrounds are jaw-dropping and only get better from one game in the series to the next.

In terms of gameplay, Deponia is really easy to pick up. You click, you grab, and you drop into your inventory.

Like in all good adventure games, you need to talk to the different characters you encounter, go over every room with a fine-tooth comb to find useful (and useless) items, and find the right time and right way to use them. Some may need to be combined with others in your inventory, which will remind some players of many a great hour spent playing LucasArt games. But don’t be fooled by appearances: at times you’ll need a keen eye and plenty of patience if you are to move the story onwards.

Deponia also has mini-games in the form of puzzles. They are sometimes pretty straightforward, and sometimes incredibly complex. Here, I’m thinking specifically of the time when you need to direct carrier pigeons. Good luck! 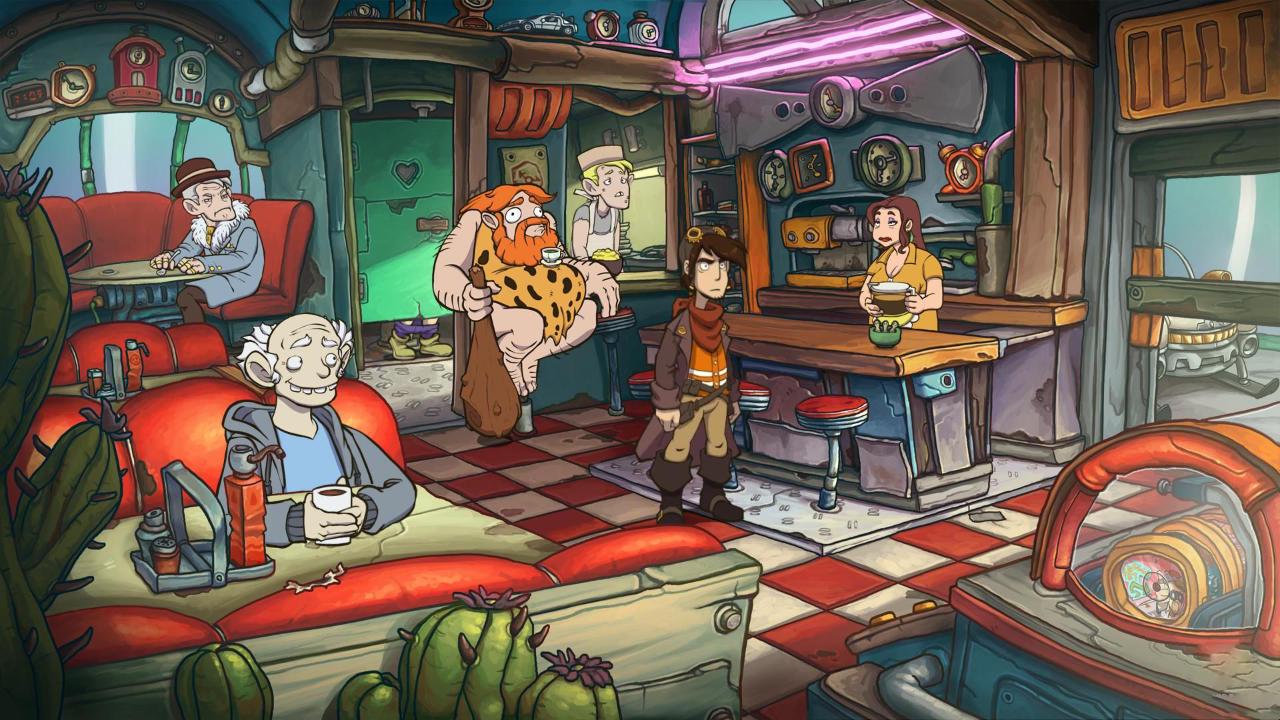 All we can do is invite you to play for yourself, it’s really worth your time.

Just remember that some of the puzzles will be too complicated for younger players to take on alone. A great chance to get some play-time in with them!

And if you enjoyed this wonderful game, the next three episodes in the series are also available on Blacknut.

You’ll need to play them in order if you want to keep up with the story. A genuine saga that’s not to be missed: Chaos on Deponia, Goodbye Deponia and Deponia Doomsday.