A remastering of a cult game from 2003 that doesn’t rest on its (or Caesar’s) laurels.

Everyone has heard of Asterix and Obelix and the adventures of the moustachioed Gaul and his portly companion. They hold the record for the world’s top selling comic book (far ahead of Tintin), with more than 390 million books sold in more than 120 languages since the characters were created in 1959. But did you know that our friends from ancient Gaul have also been the heroes of numerous video game adaptations?
As far back as 1983 and the ATARI 2600, the winged helmet of our oh-so-very French hero was delighting gamers who are now in their 50s.

Since then, the characters created by Uderzo and Goscigny have starred in almost 40 video games across all platforms (arcade games, consoles, handhelds, and now cloud gaming with Blacknut). 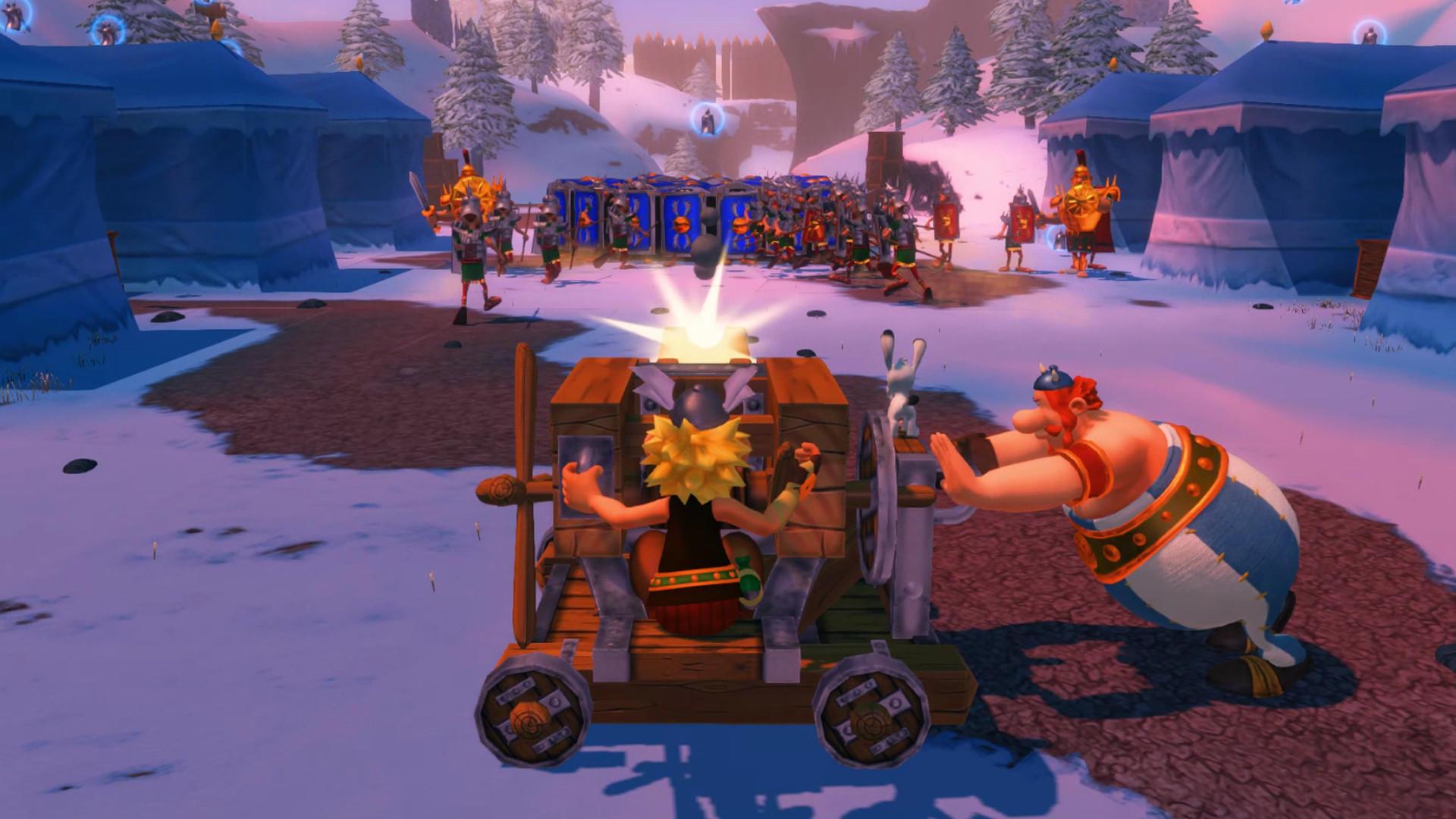 In addition to the graphics, updated to suit modern tastes, Astérix & Obélix XXL Romastered palso comes with four new game modes: time trials, two higher levels of difficulty that make the platforming sections more challenging or increase the number of enemies to defeat, and the real jewel in the crown, the retro mode that lets you play with the same graphics as back in 2003.
Indeed, the devs have added an interesting option that lets you switch between the original and remastered versions at will, so that you can see just how much better the new version is. The original plays in an aspect ratio of 4:3, which was the standard for TVs back in 2003, while the remastered version plays in 16:9, making the game a much more spacious place to play. Some of the mini-games even make it a requirement to switch between the two modes.

The gameplay is also easy to pick up, with lots of fighting and platforming and a sprinkling of puzzles. Players take control of both heroes and switch between them and the two game eras as the scenario demands.

Fun times for the whole family lie in store, by Toutatis!