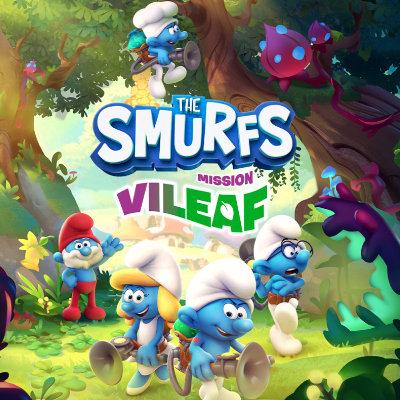 Set off on an adventure to save the forest! Gargamel has created a formula to make Vileaf, a plant that’s as toxic as it is evil: capturing Smurfs and contaminating every living thing in the vicinity. Here, you can play as your favourite Smurfs, save the entire forest, and vanquish Vileaf… and, of course, Gargamel!

A number of residents have gone missing and Papa Smurf is starting to worry… Has Gargamel finally got his wicked way? Not quite. This time, the evil sorcerer has concocted an environmentally malicious plan! Our little blue friends will find themselves facing an ancient plant-based threat known as "Vileaf"! This venomous plant can contaminate all living things in its vicinity, turning the forest and the Sarsaparilla Fields onto real "No Smurf’s Land"! But you aren’t going to sit there feeling blue, so you decide to investigate with help from Handy Smurf’s latest invention: The Smurfizer! 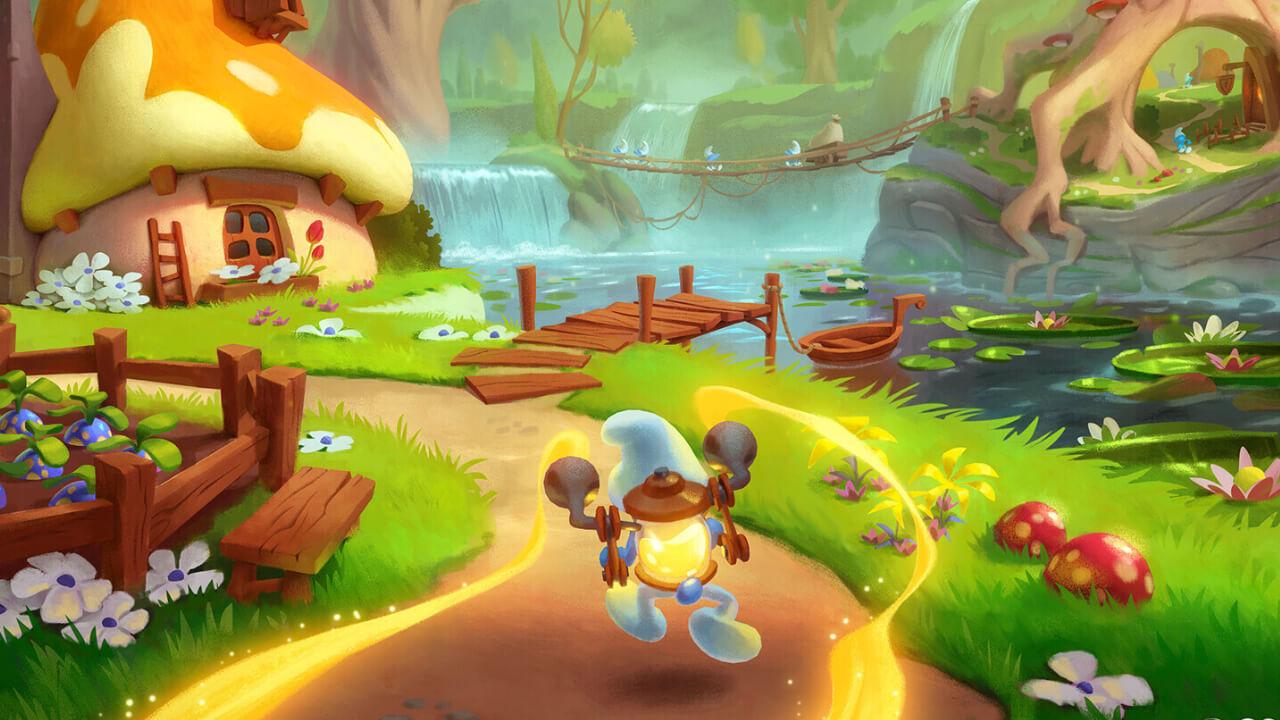 This new smurftastic invention, as Papa Smurf would say, isn’t quite finished, but it has the power to heal all of the contaminated plants in the village and the forest around it. Just remember to free your friends imprisoned by the evil Vileaf along the way!

Suitable for the whole family, from the littlest kids right through to the kids at heart, it whisks you away to the fabulous world of the little blue men first drawn by Peyo in 1958. 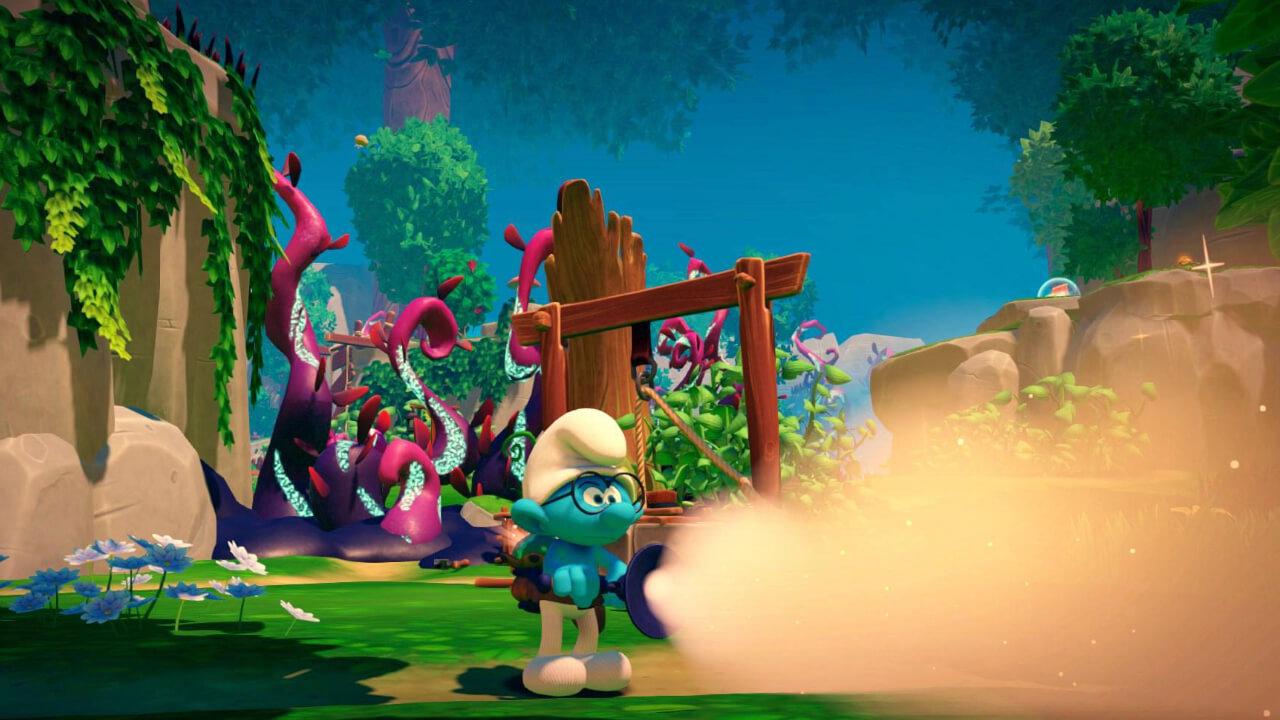 Fluid and easy to pick up and play, its gameplay demands just a little bit of skill and plenty of curiosity to explore every nook and cranny of each level. And it’s okay: you’ll never get lost thanks to the pointer that always shows the way to your next quest.

But to find all the items out there for you to collect, you’ll need to head off the beaten track! More reckless players will be glad to come across the stone terminals, which automatically save your progress. 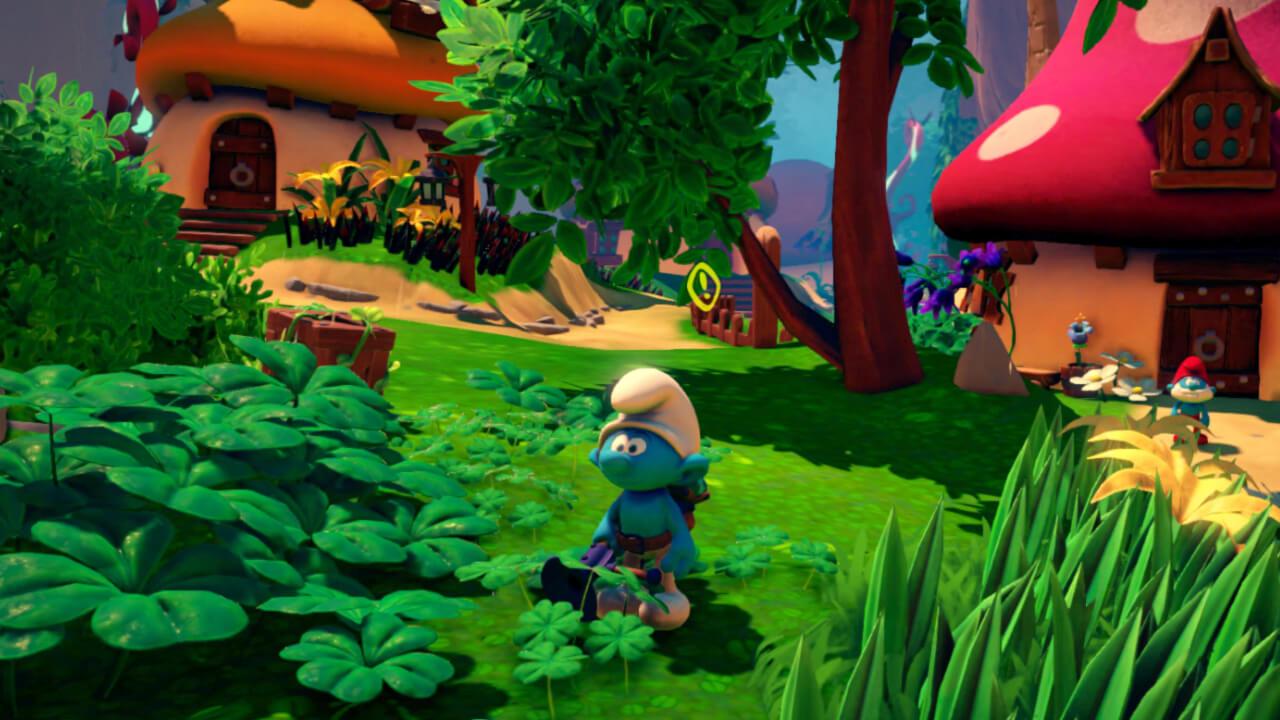 But your first mission is to wash away the toxins with your powerful Smurfizer! You can even upgrade it as you progress through the story (narrated in rhymes from Poet Smurf)! Decontaminating a giant plant will open up not just new paths, but will also reveal valuable items, or better yet, more Smurfs! You’ll also be able to play as a whole load of different Smurfs, one after the other: Smurfette, Hefty Smurf, Brainy Smurf, and many more.

Your strength in numbers might just help you end Gargamel’s reign once and for all!