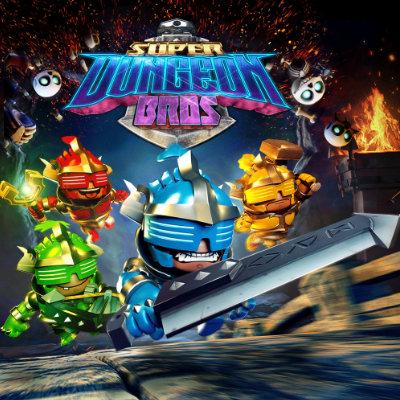 Throw yourself into this medieval hack & slash, accompanied by the new Legends of Rock: the Bros! The Gods of Rock have summoned you to clean up the dungeons in the Kingdom of Rökheim. With your three friends, you’ll hack your enemies to pieces and solve increasingly challenging puzzles. It’s an epic adventure that’s best experienced with the volume turned all the way up to 11. We are not worthy!

There exists a kingdom where long hair, excessive drinking, and scorching guitar riffs are normal for every citizen. This magical place is Rökheim! A kingdom ruled over by the Gods of Rock, and made up of three worlds with distinctive musical trends: Cryptheim, Chillheim and Bogheim.

In this rock’n’roll take on a medieval world, you will play in the armour of Axl, a knight/henchman who will soon be joined by his three bros, each of which is an equally colourful character: Lars, Ozzie and Freddie. Names that may sound familiar to fans of the harder kinds of rock! But if you’re more of a rock chick, you can unlock the “Bro-ettes” Jet, Nyx, Patti, and Lita for free. Because rock’n’roll, as we all know, isn’t just a guy thing. 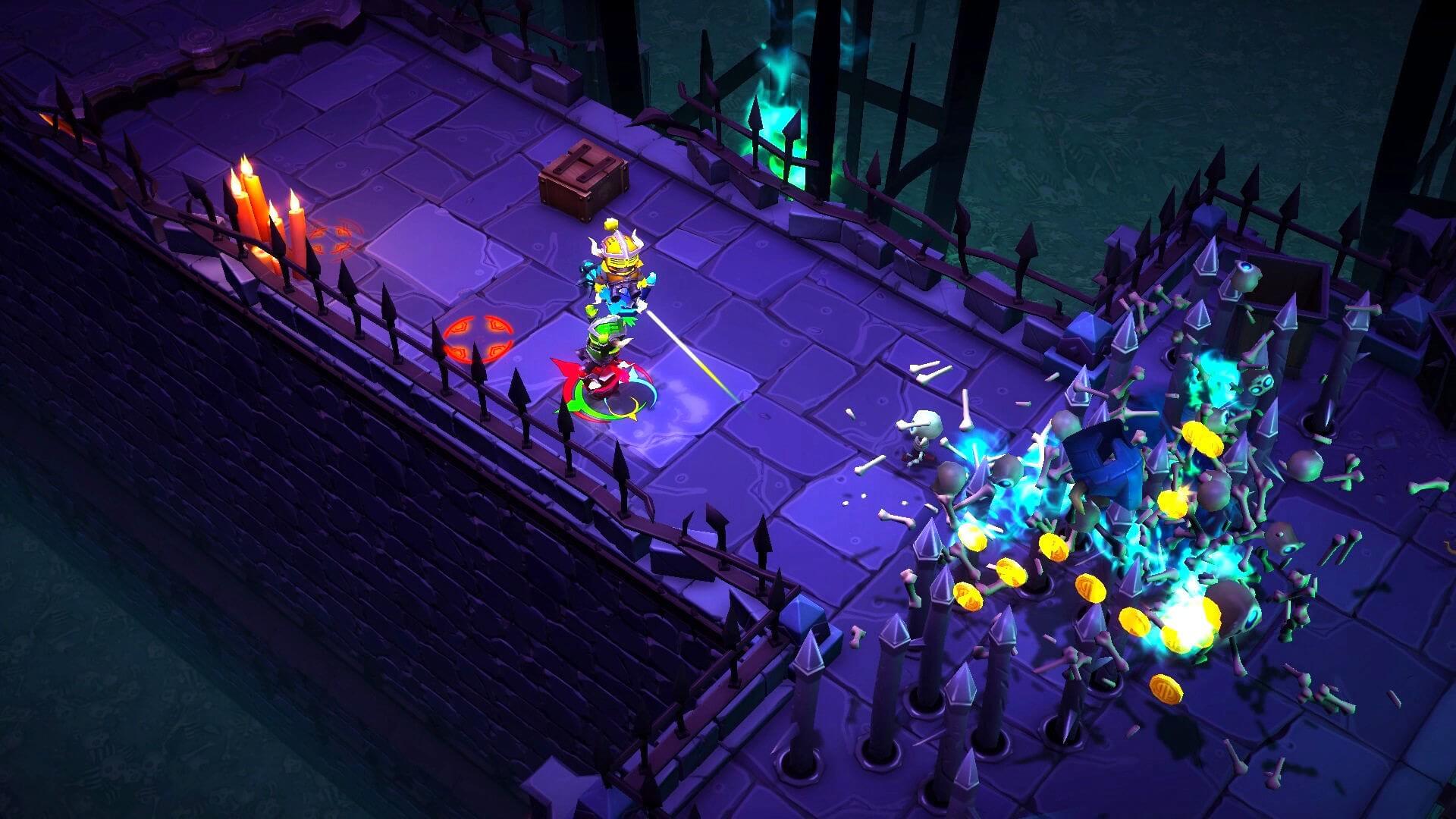 Armed to the teeth, you’ll need to fight your way through dungeons teeming with enemies and traps of all kinds, and you’ll even have to solve puzzles that will test your brains as well as your brawn!

Developed by React Games, this hack & slash 3D adventure with plenty of RPG elements will send you on an unlikely quest, assigned by the Gods of Rock themselves. After saving a prophetic old LP from “the darkest corners of the record shop bargain bin”, you’ll need to free the world of its enemies and become the Legends of Rock! To do so, you’ll need to clear every dungeon you enter, and do it with style. But be warned: every level is procedurally generated. This means that enemies will never be found in the same place twice, apart from the final boss, of course. 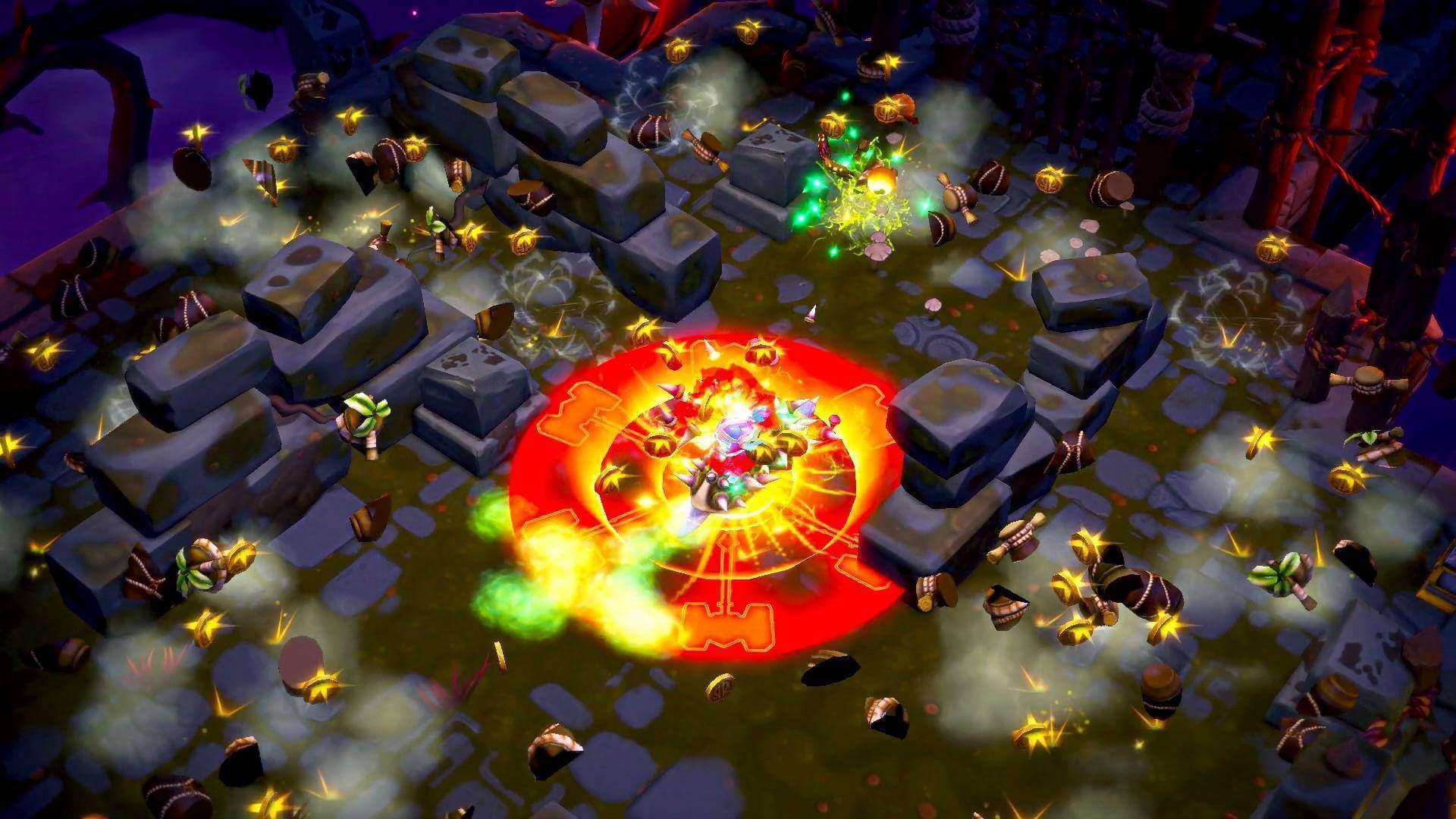 Make sure you revive or cover your bros when you’re bogged down in a fight, and work to develop an unbeatable strategy. You’ll also find items that give your bros a boost, like the first sword in the game that boosts your defence in addition to cutting up your foes real good. Another will sacrifice speed points to inflict more damage!