Reach for the skies! 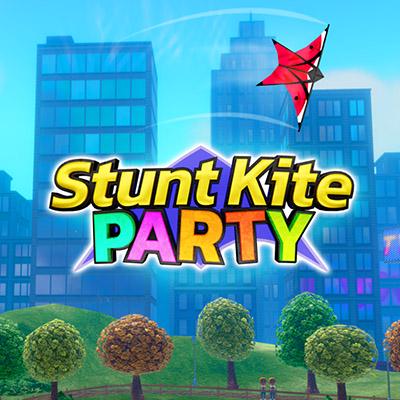 A 3D party game for kite-flying pros and novices alike, in single-player mode for the whole family. With its dozens of hilarious game modes and gameplay that’s accessible to all, there’s plenty for you to lay on the most heated tournaments your household has ever known. On your marks… Get set… Go!

Mankind had dreamed of flying long before we first broke through the clouds with rockets and fighter planes.

Or at least, to put something up there in the sky! Which is why inventive Chinese warlords first created kites some 2500 years ago. What began as a way of communicating on the battlefield went on to become the favourite hobby of kids all over the world! 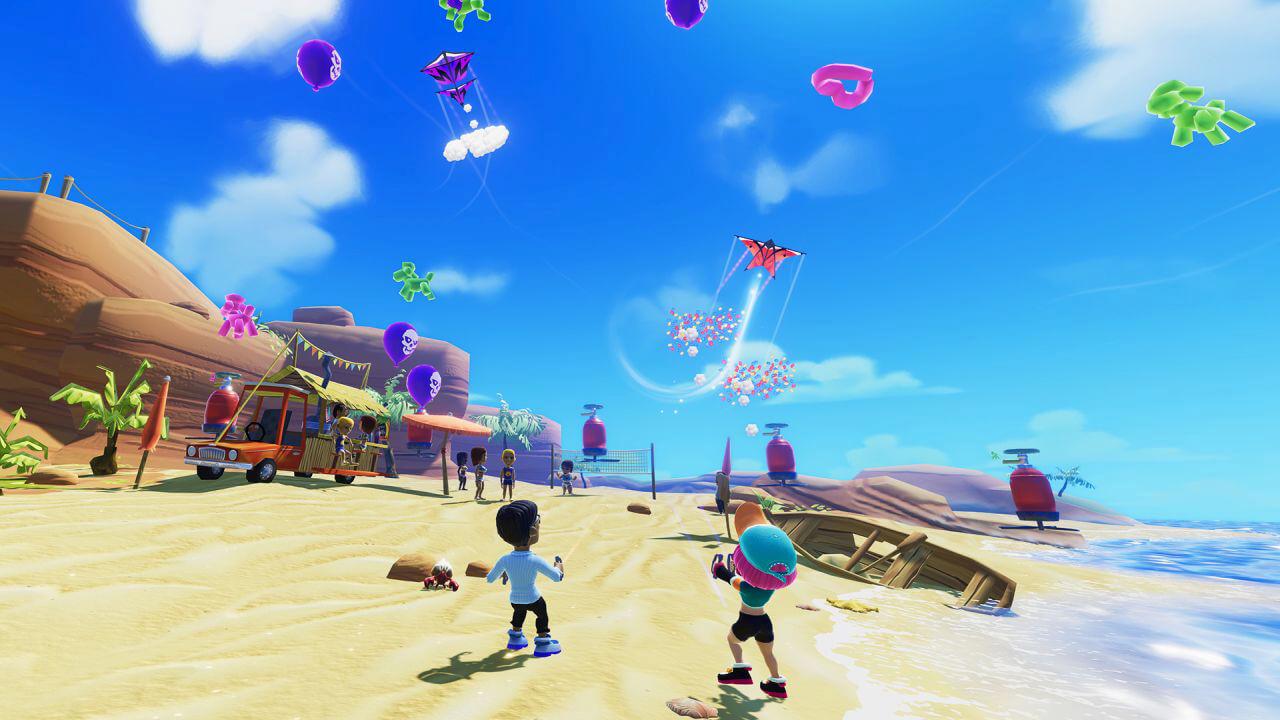 But instead of playing all alone, why not invite the whole family to test their skills as "kite pilots"? Well, that’s exactly what you get to do in Stunt Kite Party! Welcome to a land where the wind blows around the clock, for wild times with your kite until you’re ready to drop! There’s only one problem: the mayor of Big City has just outlawed kites. And just when you were starting out on your pro career.

So you know what you need to do: persuade the mayor that kites are as fun as they are harmless! At least they are if you know how to use them properly… 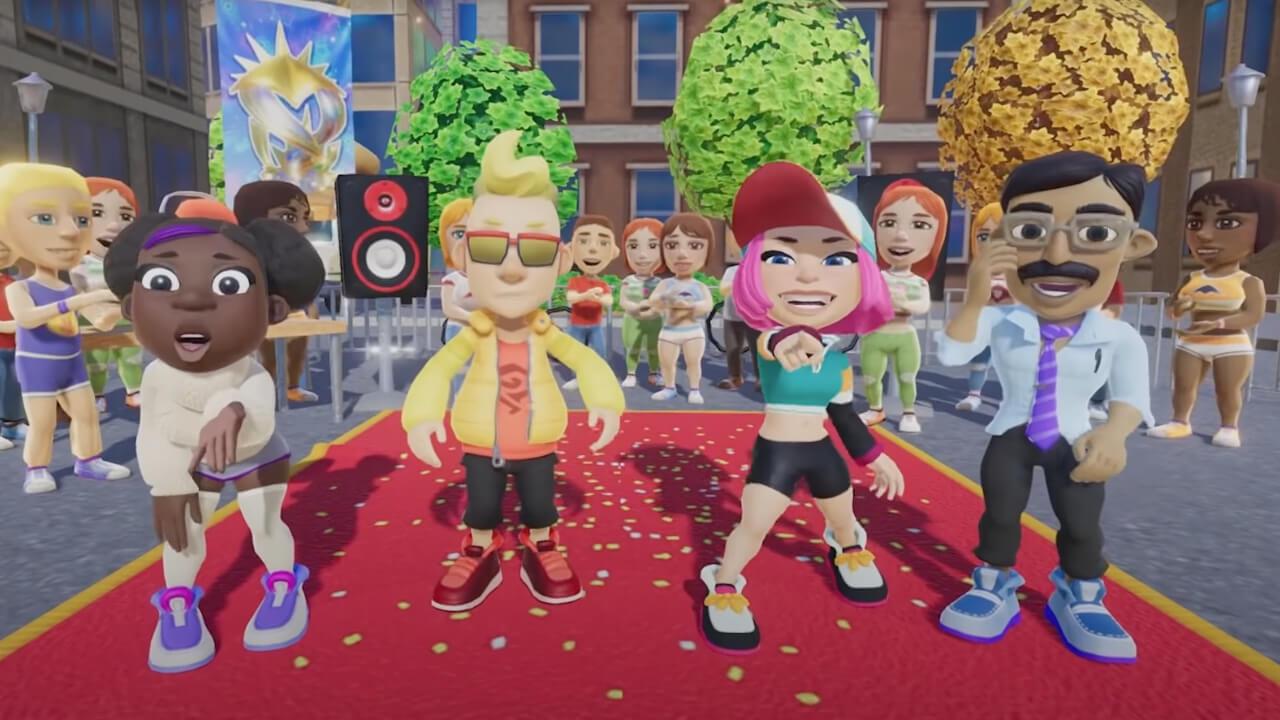 Playable with 1-4 players locally, it’s suitable for the whole family, no matter their level of gaming skill. The youngest and first-time players will just need a little bit of practice. For the rest, you control your kite with the joystick, and test your reflexes to win the mini-games and championship matches.

If you come crashing to earth, you’ll just need to wait a few seconds before you can get back up in the air. 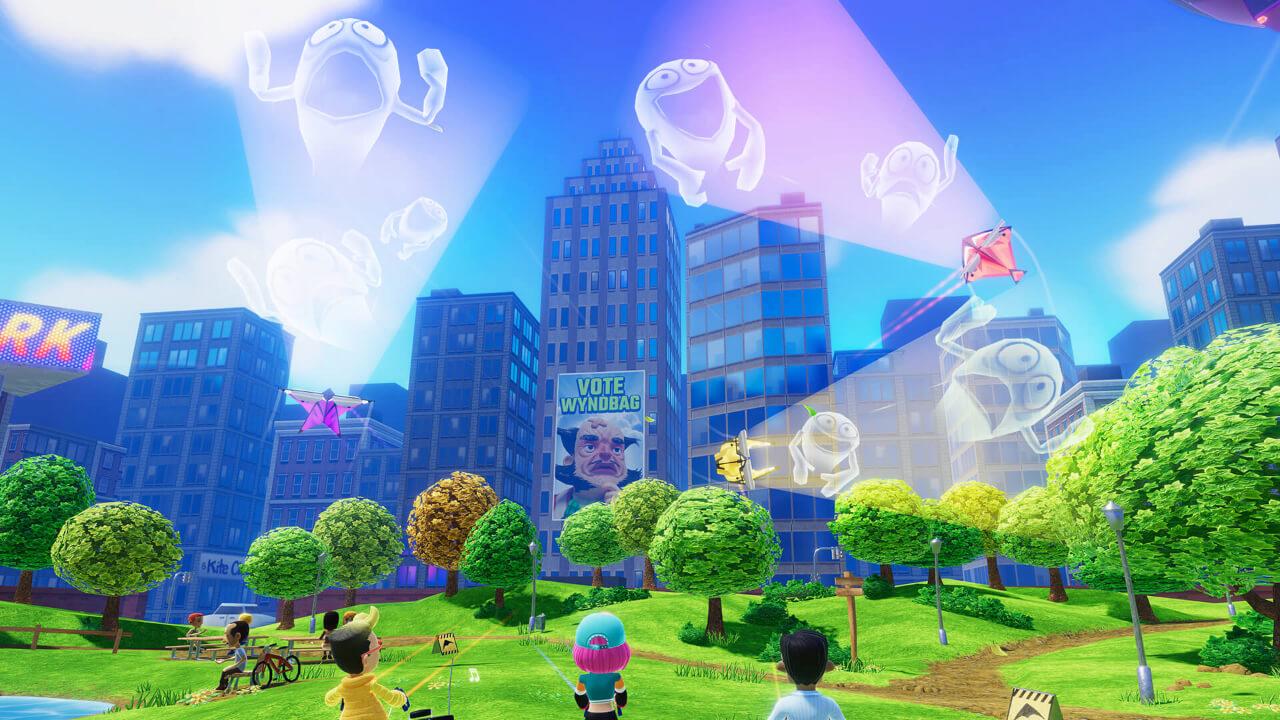 To give you a helping hand, there are 10+ different game modes that are loads of fun, and that can also serve as challenges in your custom tournaments. On the agenda: alien attacks, ghost hunting, meteorites to take out, tornadoes, and even balloon popping!

In every mode you’ll also need to collect items from the sky, avoid enemies, or shoot them using your kite.

Story mode will reveal more about Big City and the mayor’s reasons for banning kites!