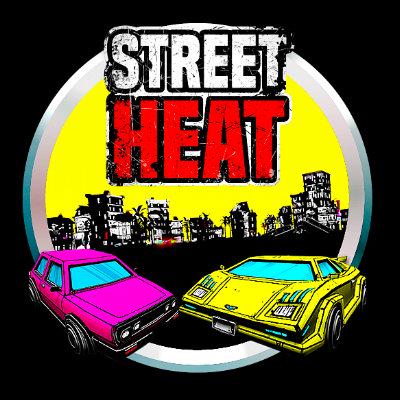 Welcome to the frenetic world of an arcade racer that’s miles ahead of the pack! Playable with one to four players and inspired by 1980s vibes, Street Heat will take you right back to the arcade machines of your youth in a world that’s all about action, speed, and unfair play!

In the motor racing world, fender benders are all part of the game, but can often result in serious accidents.

In Street Heat, however, that will often be the only way to make it to the finish line! This is no-holds-barred racing where road rage is actively encouraged!

But in any case, your opponents won’t be giving you much choice in the matter, and will take an evil delight in pushing you around at the start of the game. 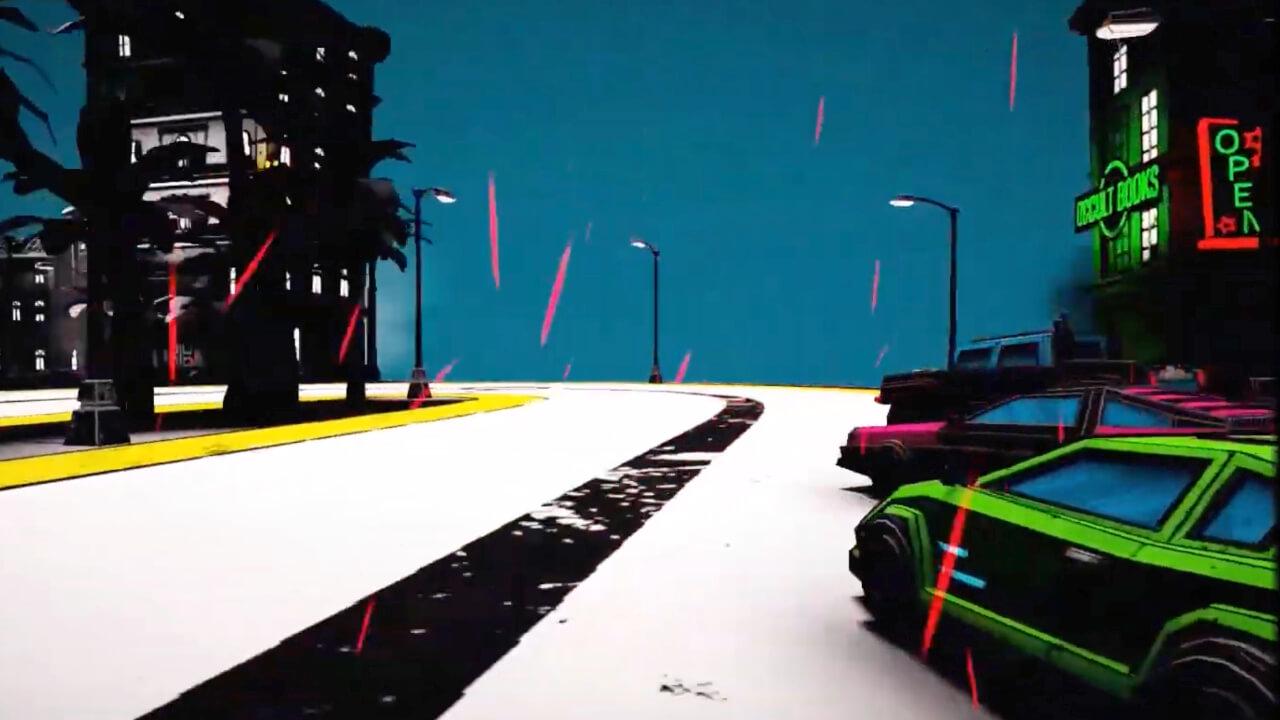 To get out in front, you’ll not only need to race faster than them, but also prove crafty with the steering wheel to stop them from overtaking. Another danger is the race track itself! The road is littered with random obstacles like puddles of oil, gaping pits, and even trains!

You’ll also need to keep an eye on the edges of the track which are either inexistent (say hello to a long fall into nothing) or a real nuisance. Crashing into trash cans, for example, will give your competitors a chance to get ahead, and put an end to any dreams of victory you might have had. Unless, of course, you manage to send them all crashing into the scenery on the next lap! 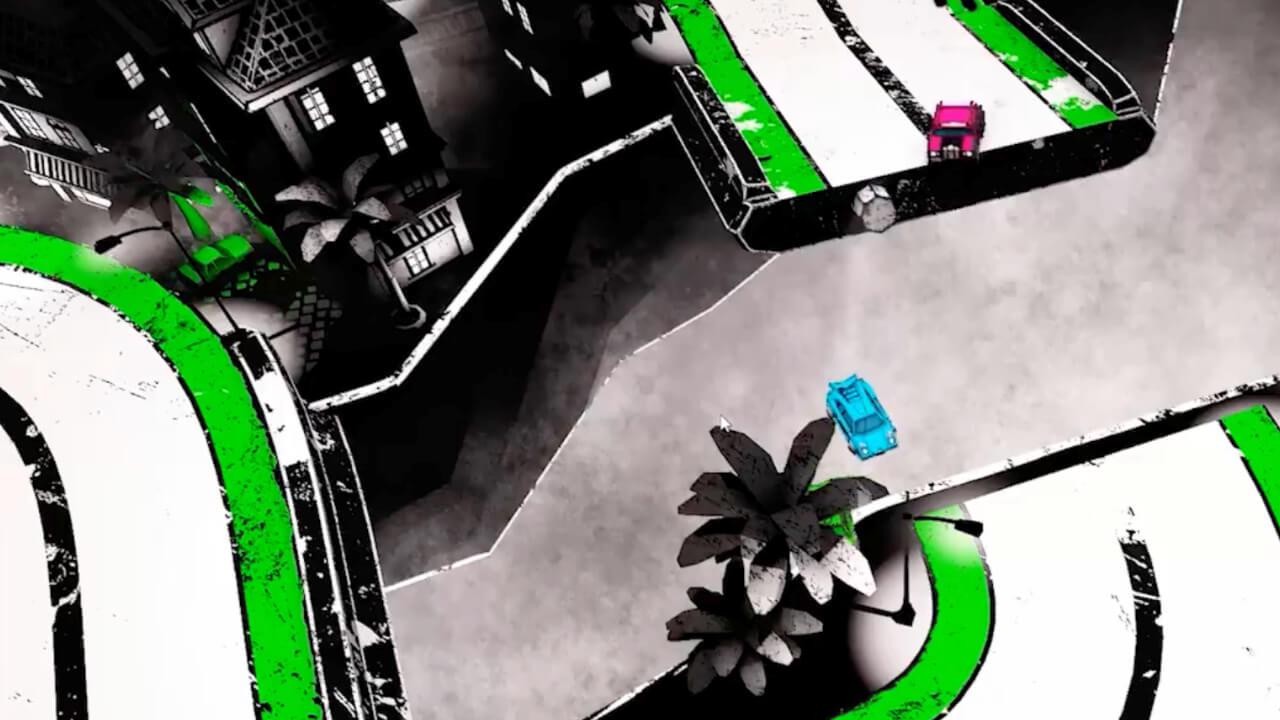 Street Heat is a 3D arcade racer developed by Astalo Games and designed to deliver a real nostalgia hit.

The aesthetic is decidedly retro with its neon graphics and synthesiser soundtrack that reeks of the 1980s. The gameplay is easy to pick up, but might take a bit of practice depending on your existing skills.

Especially when it comes to the 180° skids and soaring jumps! Whether you prefer playing in single-player or multiplayer (up to 4 can play), be warned: the AI shows no mercy. This might deter newbies, but anyone who likes a challenge and fans of furious racing will love it. 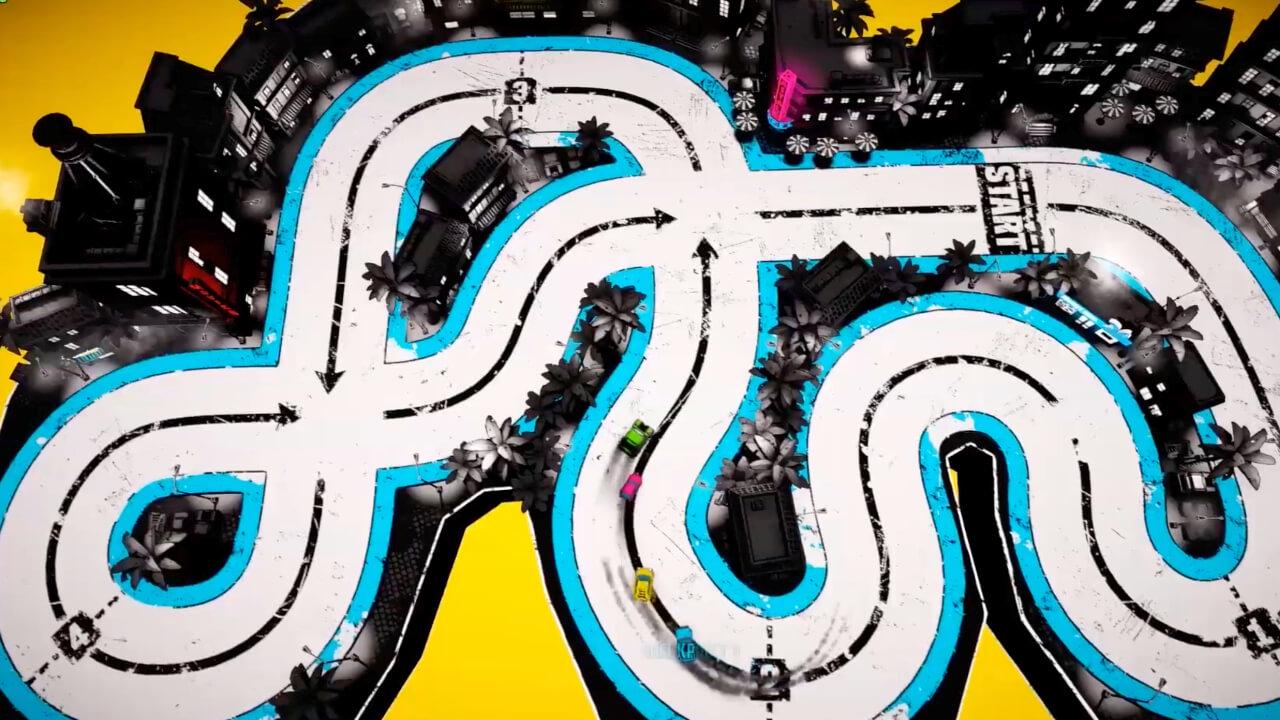 By earning as many points as possible in the races and Grand Prix, you’ll unlock new cars and new ways to customise them.

But there’s nothing that will keep you safe from the other road hogs! One last tip: throw out your copy of the highway code and forget everything you know about safety and just get stuck right in!