Have the NBA play-offs got you on the edge of your seat? Need to blow off some steam? Perfect timing, because Shaquille O’Neal is also ready to rumble.

Shaquille O’Neal is more than just a star of American Basketball. In a parallel universe, Shaq was a Chinese orphan who was bullied for his extra-large physique, taken in by a somewhat crazy martial arts master known as Yé-Yé, and trained to battle the God of Death.
We admit it... that does sound a bit far-fetched, but that is the (crazy) backstory to Shaq-Fu: A Legend Reborn. First released in 1994 as a classic brawler, Shaq is back from retirement in this 2.5D side-scrolling brawler that has been hotly anticipated since the project was revived in 2018 through a crowdfunding project from IndieGoGo.

Shaq-Fu: A Legend Reborn takes us from the deepest, darkest mountains of China to the USA, with unabashed, scathing humour that can verge on the indecent. As such, you’ll come across Donald Trump, controlled by a little red demon, while Justin Bieber, Chris Brown, and Paris Hilton each turn hauled over the coals in turn. A special mention has to go to the soundtrack that delivers a fine parody of classic American music. 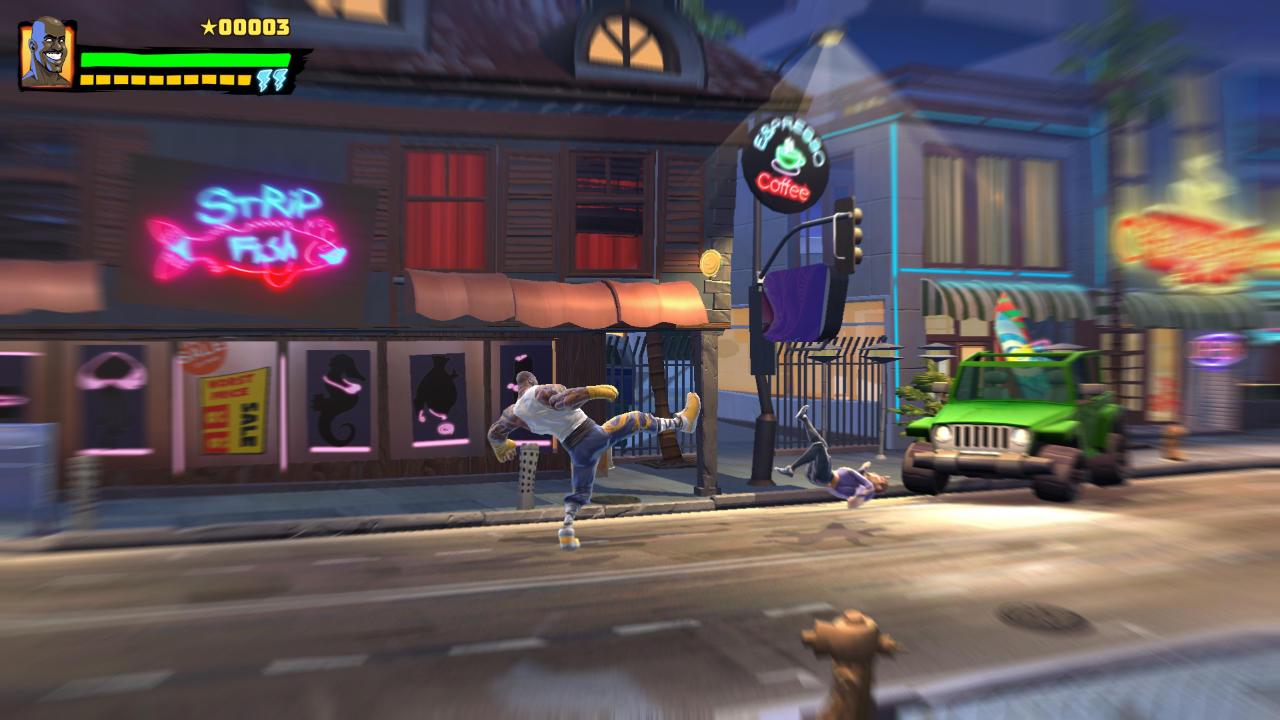 Packed full of references and jibes, each funnier than the last, Shaq-Fu: A Legend Reborn is an intuitive game that’s easy to pick up, and whose cartoon graphics fit perfectly with the overall atmosphere. If politics are more your thing, you can always spread democracy in “Barack-Fu: The Adventures of Dirty Barry”. This DLC draws on Shaft to see Barack Obama give a lesson in fashion to parodies of famous figures, including Marine Le-Pig (aka Marine Le Pen) and Con-Ye (Kanye). Don’t forget your sense of irony!