Running for your life! 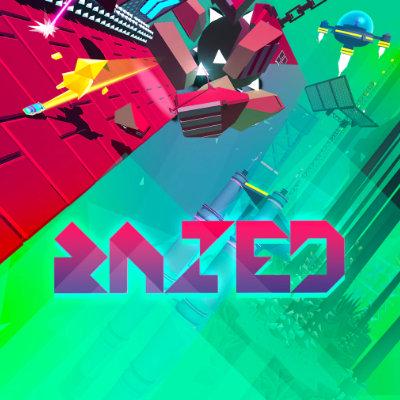 Razed is an ultra-fast platformer where you run along in single player. The only goal? A speedrun! Your aim is to run full pelt through the colourful levels that are filled with traps. To avoid them, you’ll be calling on your speed, as well as your special abilities: skids, boosts, crushing, teleportation, and even the ability to run across walls!

Running is pleasant enough, but it’s better when you’ve got a specific goal. For some people, it’s all about staying healthy, chasing the ball, or beating the clock.

For others, it’s all about survival! In the Razed world, Speedrunning is the order of the day, and with good reason: you’re being chased by the "Developer" in his "RAZe Machine"! Trapped inside a 3D simulation designed to look like an assault course, you play as a computerised little guy with an arrow-shaped head.

This comes in handy for getting your bearings while running flat out across vertigo-inducing platforms! If the Developer seems so annoyed with you by this point, it’s because you’re now obsolete, as is the entire simulation, and you need to be deleted!

But to make your punishment more "fun", he has equipped you with two shoes with minds of their own. They even have names: "Righty" and "Lefty"! Lefty gives you valuable instructions, while your right shoe will have your life if you ever stop running! To avoid this, keep a close eye on the gauge that surrounds your character. If it drops down into the red, you’ll blow up! Is that clear? Thanks Righty! 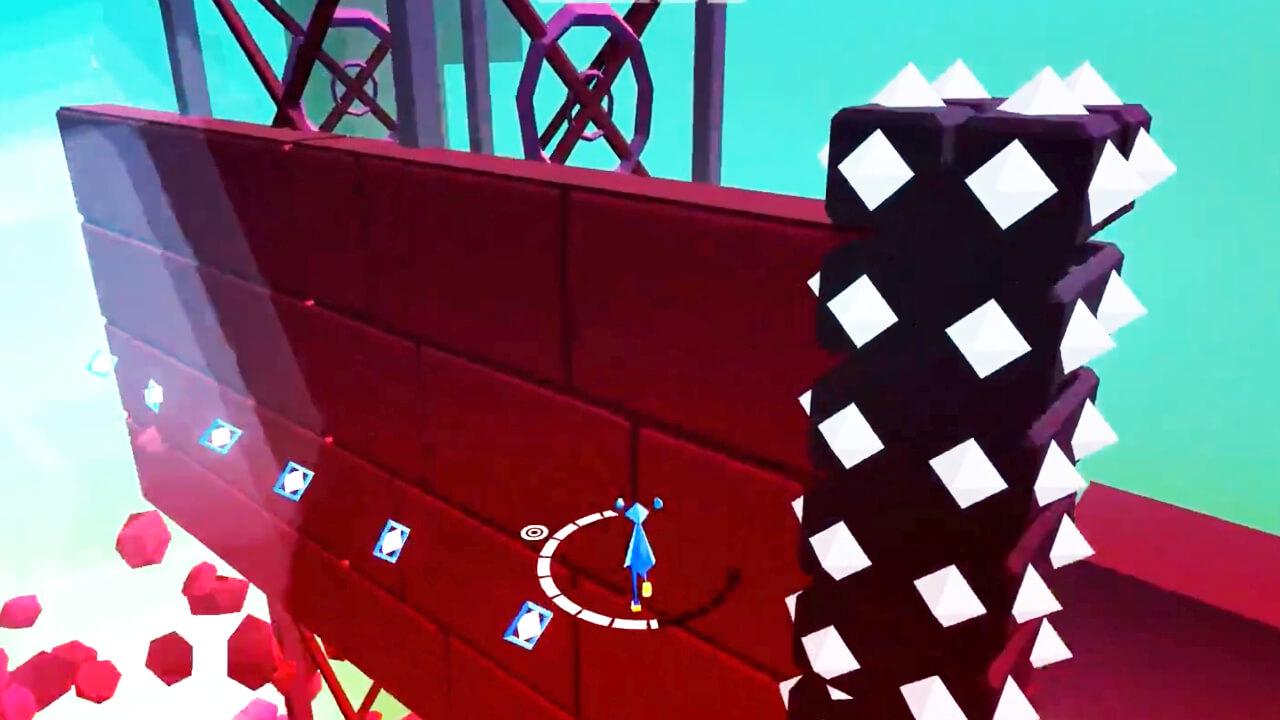 This tells you that you’ll need to make it to the end of each level as quickly as possible, probably losing a few lives in the process! Every race is timed and you’re graded according to your performance. While adepts of the genre will be off to a head start, there’s nothing stopping beginners from cutting their teeth in this universe filled with traps and otherworldly structures, with its particularly exhilarating electro vibes. 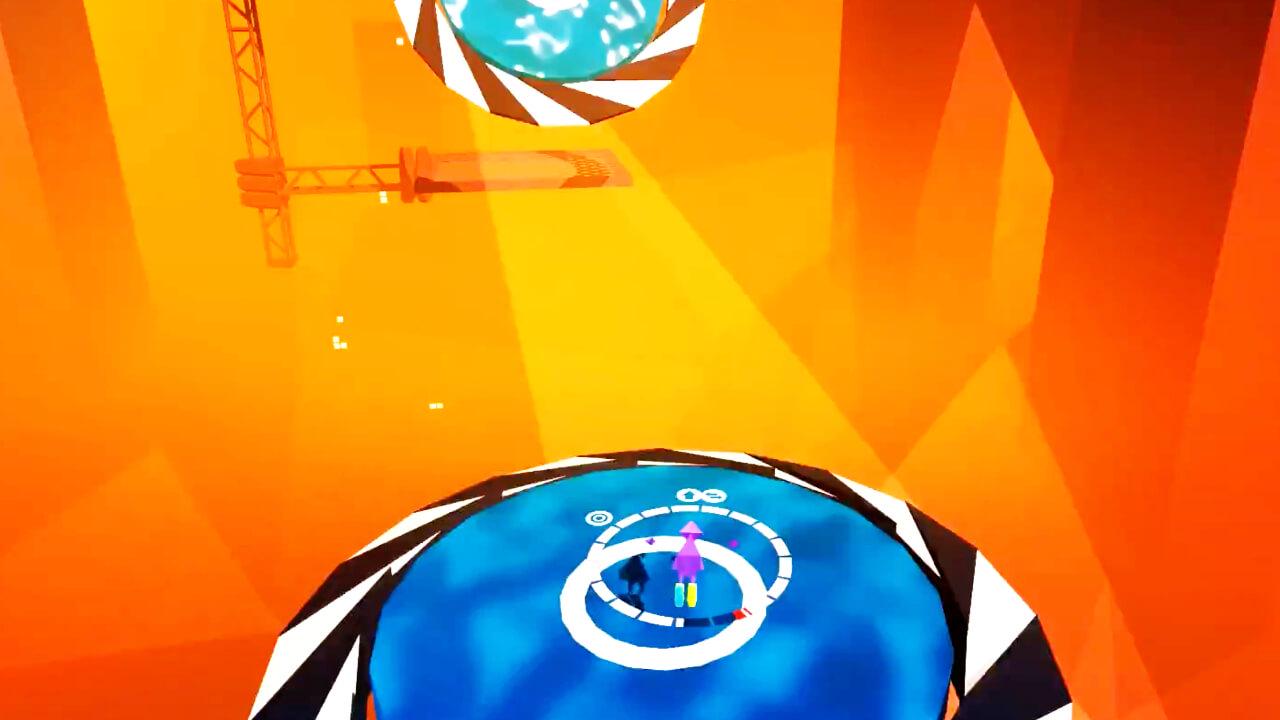 The gameplay is designed with speed in mind and the controls are as streamlined as they come: there’s one button to run and another one to jump! But over the course of six worlds, each containing nine levels, you’ll also pick up some very special powers: skids, boosts, crushing, teleportation, and the ability to run across the walls! But to gain these powers, you’ll need to explore each level and find the upgrade parts (there’s only one per level!), and keep an eye out for the time and energy bonuses that litter the levels!

When you've done all that, there’s the six secret levels to unlock by putting in a Grade A performance in every world. Ready? Set? Go!