When pandemics are actually fun! 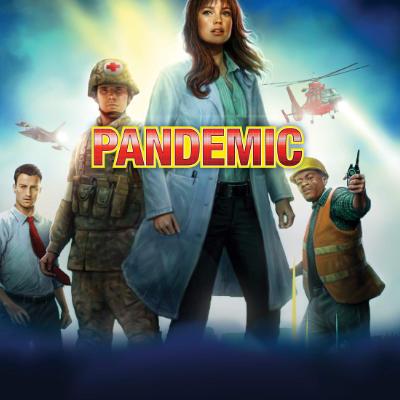 Lead a team of specialists and manage a pandemic in this strategy game that’s all too real! Work with teammates with different – but complementary – skillsets to stop the spread of fatal diseases by collecting enough cards to develop a miracle cure. The only hitch is that instead of one pandemic, you’ll be battling four!

If the global Coronavirus pandemic has taught us one thing, it’s that nobody was really prepared for it. In the world of Pandemic: The Board Game, though, that couldn’t be further from the truth!

Adapted from the famous board game, the concept behind this 2D strategy game remains the same: you’re catapulted to the head of a crack team of scientists whose mission is to stem the flow of not just one, but four continental epidemics that spread further with every passing turn! Your job is to prevent a global pandemic and the downfall of human society! 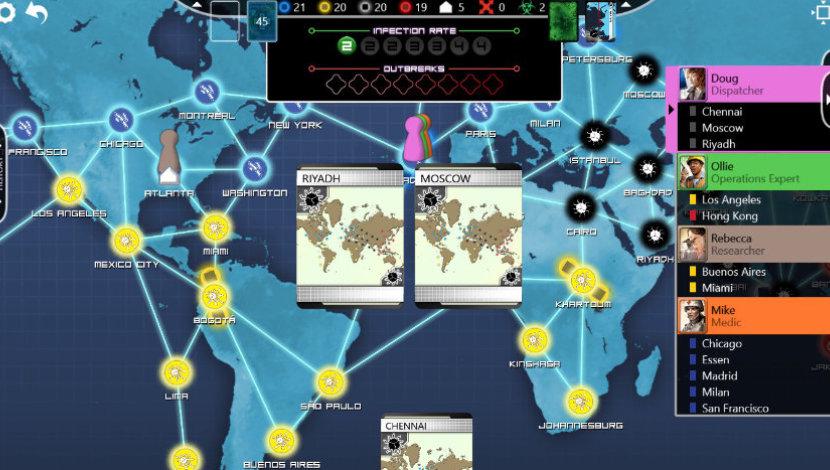 You’ll work with the other players to swap cards and scientific knowledge to help you discover miracle cures while stopping the spread of the diseases! To succeed in this vital mission, you’ll first need to build research centres around the world and treat the populations of Beijing, Washington, Paris and Cairo before it’s too late.

Pandemic: The Board Game is a 2D strategy game developed by Asmodee Digital, and it’s also the official video game adaptation of Matt Leacock’s board game. The game has always been a hit with fans of the genre, and you don’t need to have a degree in epidemiology or virology to save mankind from extinction here.

In order to form a complementary team and fight the pandemic with the right skillsets, you can choose from seven roles each with very different abilities: researcher, operations expert, medic, contingency planner, dispatcher, scientist, and quarantine specialist. The game board is displayed as a world map featuring all of the world’s biggest cities and the four diseases, symbolised by different coloured cubes.

Each player can perform four actions per turn – such as travel, treat a city, or interact with a friend – by simply moving the cursor over different parts of the interface. One thing to bear in mind, though, is to focus your efforts on the key points if you want to survive more than a few minutes!

Pandemic: The Board Game is a complex, tense, and tactical game where the slighted mistake can prove fatal… To you, and to billions of people around the world! So if you’ve never played the board game, then a quick blast of the tutorial will come in handy.