Feel the force of the rabbit punch! 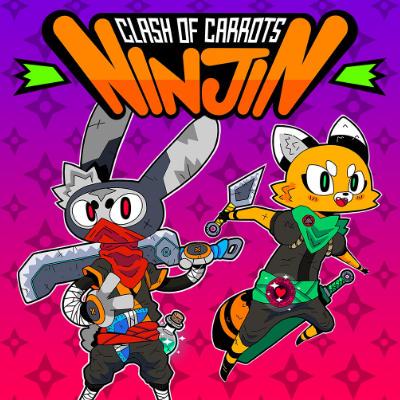 Ninjin: Clash of Carrots, is all about revenge. Hone your blade and slash anything that moves: for the bad guys, it’s all stick and no carrot!

Why choose between a “beat’em all” and a “shoot ‘em up”? Ninjin: Clash of Carrots has it all! This adventure, set in medieval Japan, begins on the day that Shogun Moe and his cronies invade your peaceful village and steal all of your carrots... and for no good reason.

The village elder summons Ninjin, a ninja rabbit with a spring in his step, and tasks him with getting the carrots back at all costs. Even if it means doing so over the dead bodies of any creatures who get in your way. And there’s plenty of those! The more you hack and the more you slash, the more combos and other special attacks you’ll be able to unleash, each more powerful than the last! 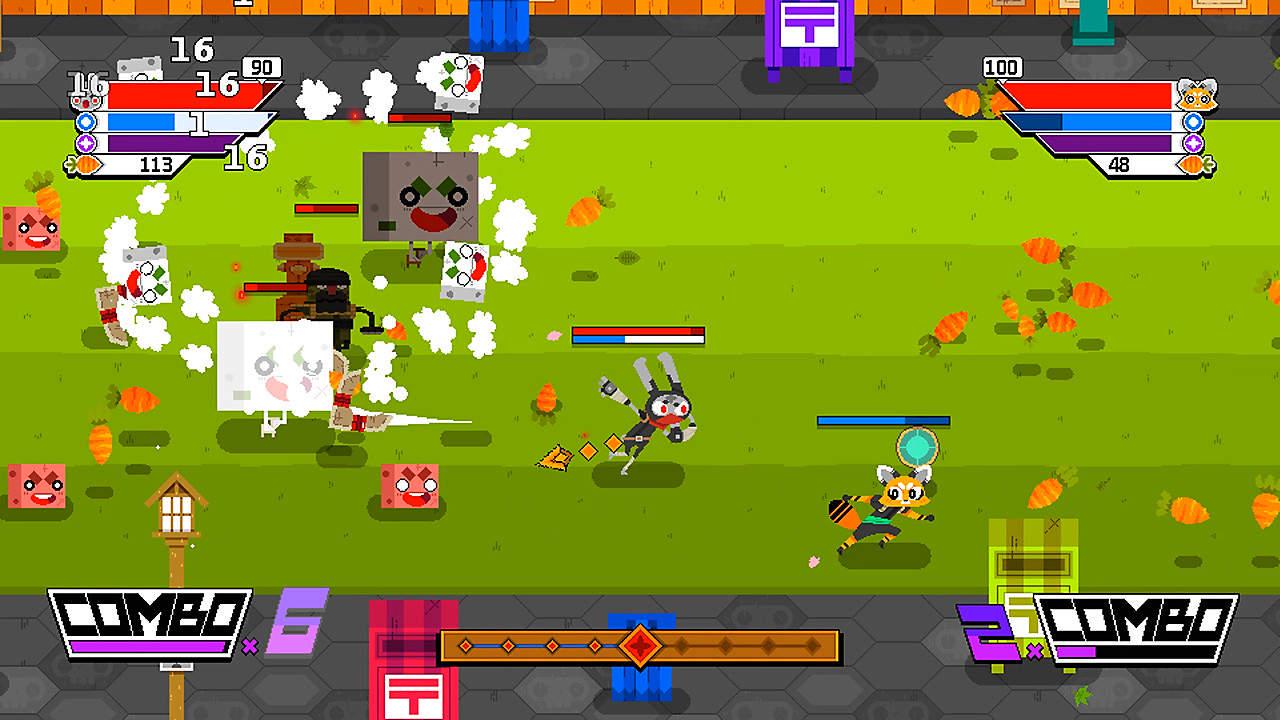 Just be wary: some enemies are craftier than others, building defences or attacking you from behind. It’s up to you to find a way to kill them off by trying out different strategies, while avoiding their traps. You’ll also need to never stop moving, and be ready to pound your controller at all times: the next wave is coming!

Developed by the Brazilian studio, Pocket Trap, Ninjin: Clash of Carrots is a 2D horizontal scroller that doesn’t give you much time to catch your breath. Single-player with Ninjin, or with a friend playing as Akai, the frenetic but easy-to-pick-up gameplay makes sure the waves of combat are satisfying, yet relatively accessible to a younger audience. 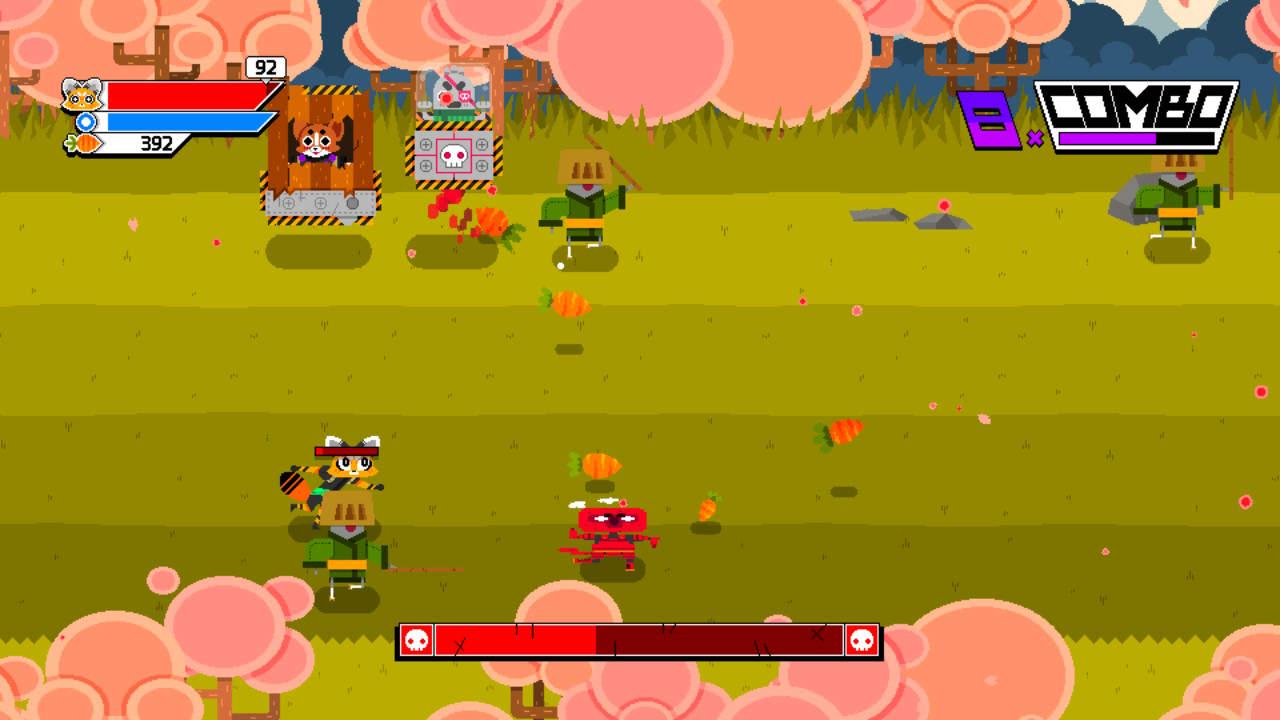 In this crazy, pixellated world, carrots are the sinews of war! You need to collect as many as you can as you do away with your enemies, so that you can continue on your campaign and unlock new levels. And don’t tell the elder, but you’ll also be spending a few in your friend Corgi’s shop, to give your wardrobe a makeover and get kitted out with equipment worthy of your station.

You can also choose from a selection of 150 different weapons, from the meat cleaver to the super-sharp “carrot sword”, and everything in between. That’s one way to get your kids to eat their 5 a day... 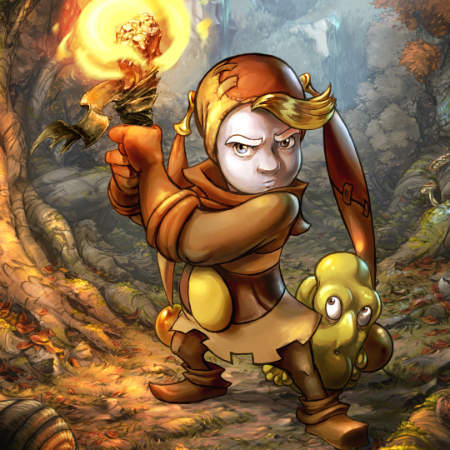 The Chronicles Of Sadwick: The Whispered World 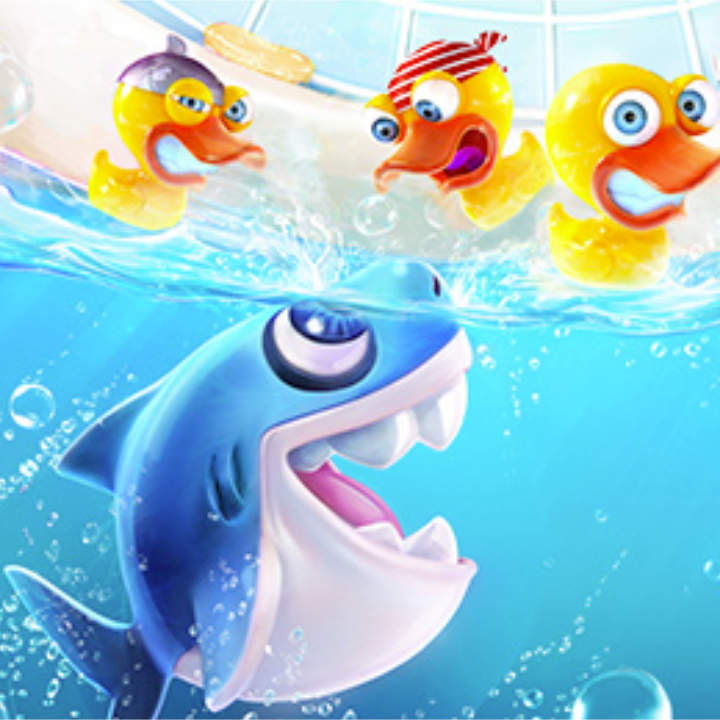