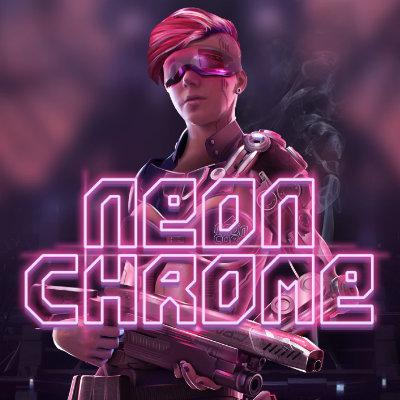 Can you name many games given five star reviews across the board? Well, Neon Chrome is one of them! So don’t miss this top-down rogue-lite with its polished cyberpunk aesthetic! The levels are procedurally generated, and the pacing frenetic… It’s all guns blazing within a kind of human colony. A great shooting game that’s highly addictive and great in co-op.

Your aim in Neon Chrome is to take down the Overseer, the tyrannical boss of a huge futuristic building, a giant tower known as Neon Chrome.

Neon Chrome (the game, not the building!) is a pure roguelike. And a fantastic roguelike!

But it’s not your traditional roguelike. It’s back to the beginning every time you die, but you get to keep the loot from your last run and use it to boost your stats, so you start every level with a more powerful character. 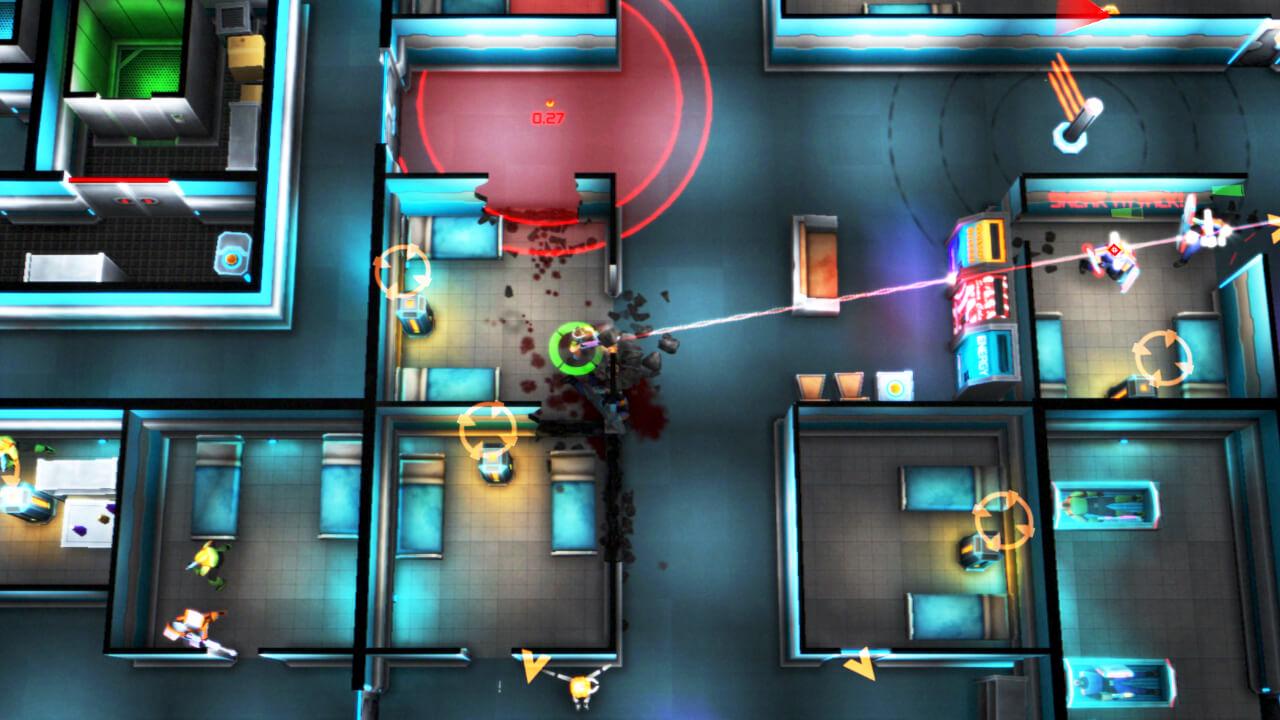 At the beginning of each level, you can choose one of three classes for your character, each with their own strengths and weaknesses (speed, damage, health, etc.) and you’ll need to choose the character that best matches your playstyle. The soldier has better armour, hackers can get into places others can’t, and the assassin can hide in the shadows where they are invisible to guards, for example.

You can also buy weapons and single-use upgrades that will last until your character dies. 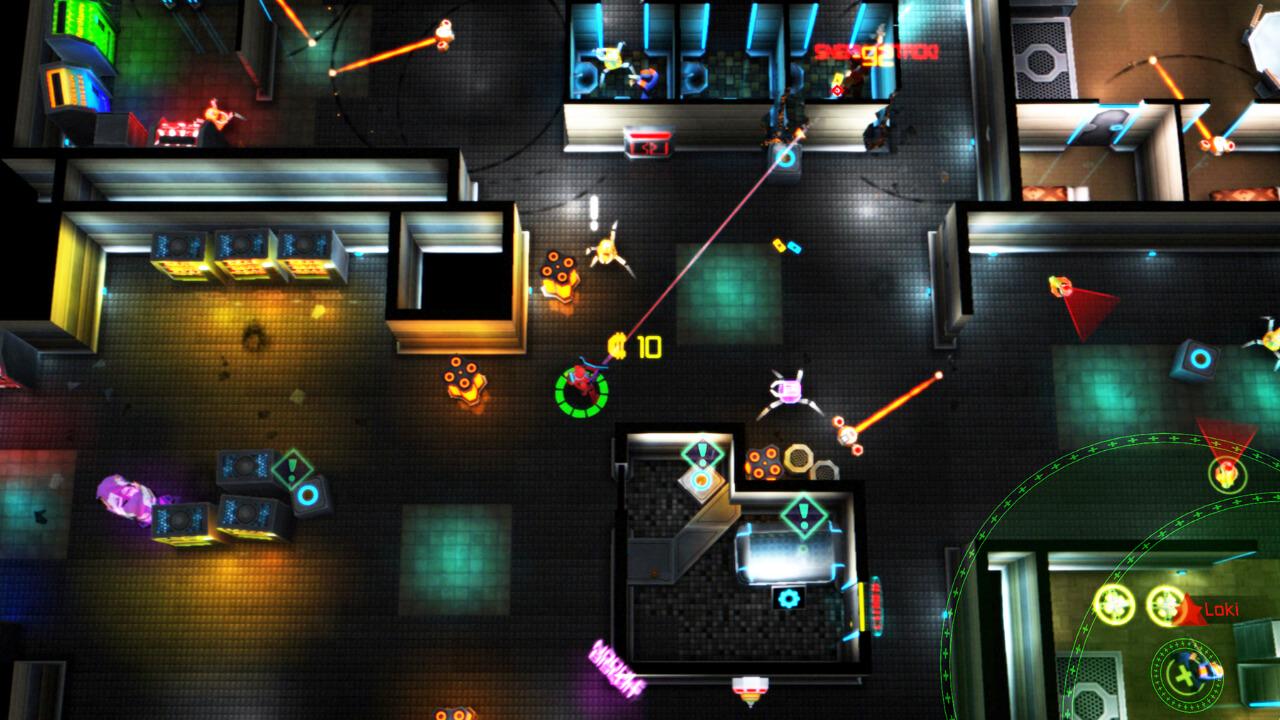 The gameplay in Neon Chrome is simple: shoot things, find upgrades, earn items, die, use your items to upgrade your character, and then start the whole process again.

The idea is that after a few floors things will get far too difficult, but then after your third or fourth try you’ll be better equipped thanks to the upgrades you’ve earned on your earlier runs. You’ll keep starting again until you’re finally strong enough to reach the first boss. You’ll need to kill them to get your first checkpoint, which means you’ll no longer need to start all over at the bottom floor when you start again. Then, you try to carve a path to the second boss, and so on. 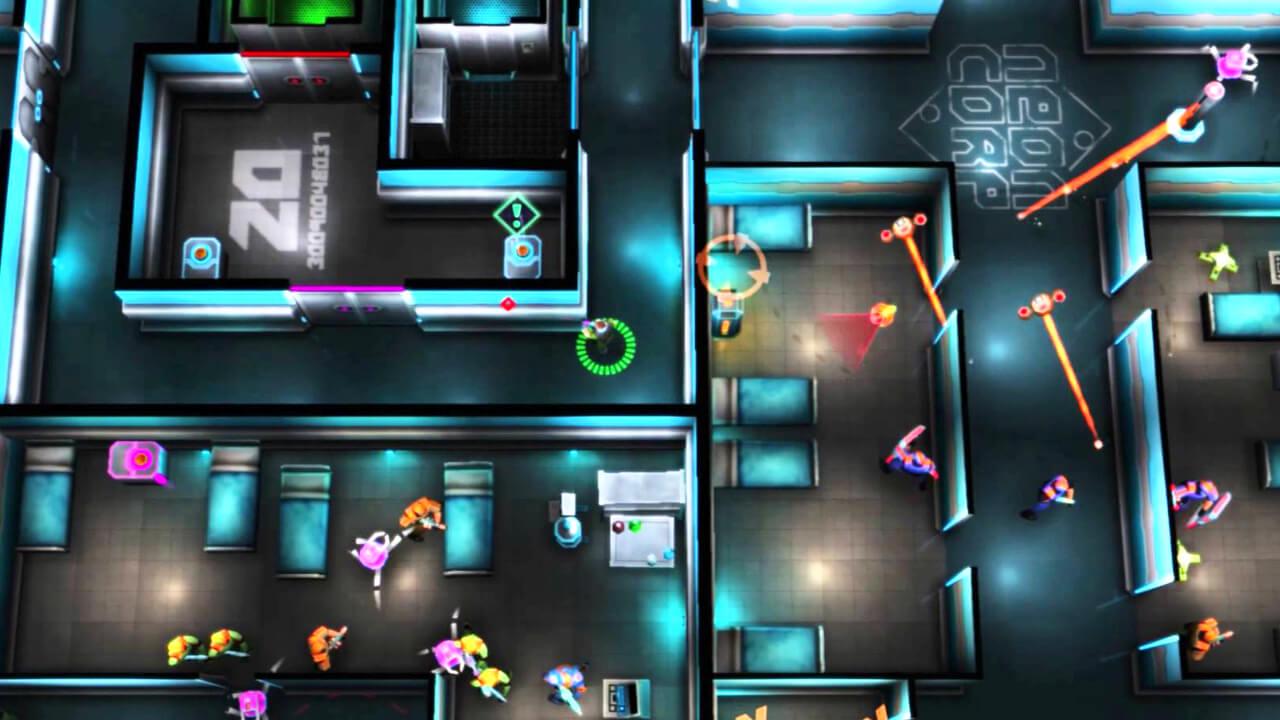 There are five levels and 32 floors in this hellish tower block.

On each run, the tower’s floors are procedurally generated so you never have to keep grinding the same levels over and over again, and it’s impossible to get bored. There are also plenty of traps to avoid, and you can interact with the environment, usually by breaking through walls and doors. 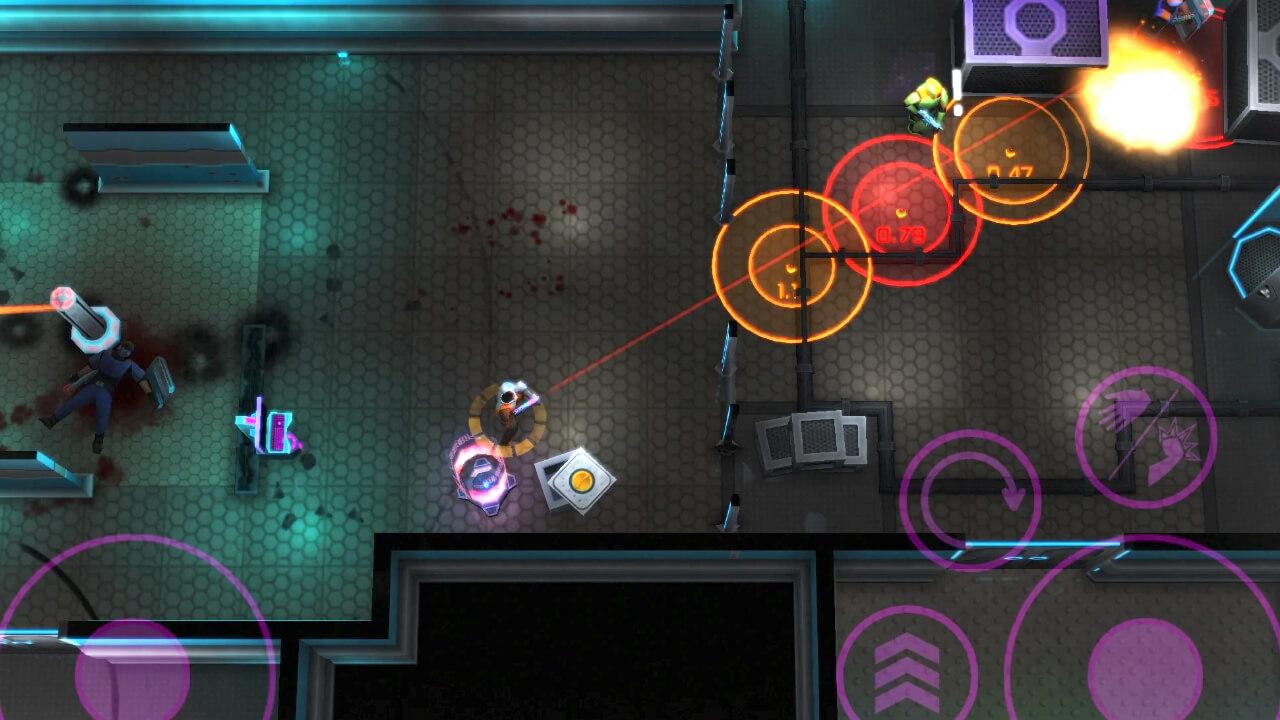 Neon Chrome is a top-down shooter developed and published by Finnish studio 10tons Ltd, a studio that knows what it’s doing with shooters since it also brought us Crimsonland. You can definitely see their original, quirky calling card here.

The adventure is set in a superbly imagined futuristic cyberpunk world, and Neon Chrome’s bright colours help it stand out from the crowd of bleak, sombre roguelikes.

We loved it, and we aren’t the only ones!