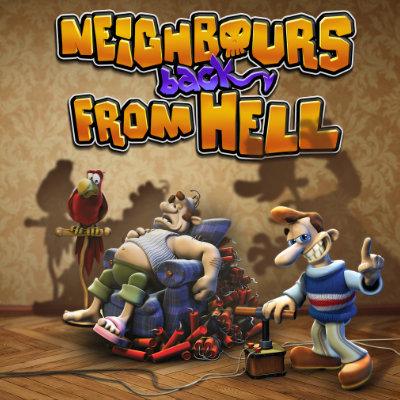 It’s war with your neighbours, and this time there’s no holding back! After putting up with a bothersome neighbour for too long, Woody has decided that now it’s time for payback against Mr Rottweiler, and calls in a camera crew to film his revenge. The crew will follow you around your neighbour’s house and film you playing the most cowardly – but also the funniest! – pranks.

Having noisy neighbours can soon make being at home hell! But in the eyes of an unscrupulous TV producer, it can also be a source of boundless entertainment! It is precisely this concept that appealed to the people behind Neighbours Back From Hell.

In this video game version of a reality TV show, you play as Woody, who seems like a nice guy, but his neighbours – the Rottweiler family – have driven him over the edge. In fact, they’ve pushed him so far that he’s calling in a camera crew to the rescue! The resulting show whisks you away to a neighbourhood where all is not peaceful, and where your job is to make Mr Rottweiler’s life a living hell. 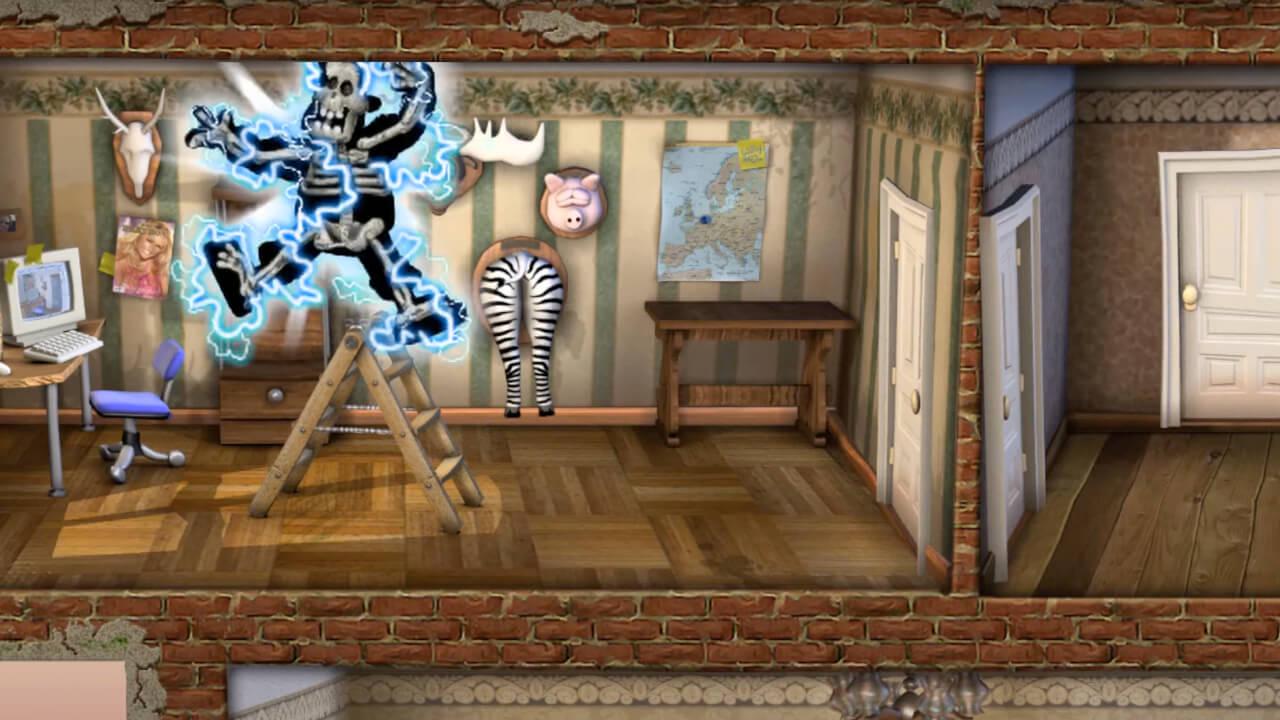 How, you say? Why, by breaking and entering, of course! It has to be said that Mr Rottweiler has no shame, but he does have an annoying tendency to spy on his neighbours, mow the lawn while you’re having a nap, and let his dog loose in your garden. But why is he so nasty, anyway? “Who cares!”, is the answer! Leave your principles at the door, because this game is all about revenge.

Developed by Farbworks, Neighbours Back From Hell is a strategy and puzzle game filled with schoolboy humour that will make players of any age laugh out loud. If you weren’t lucky enough to play Neighbours From Hell in the early 2000s, this fully remastered version is definitely the best. It’s a great way to give some freedom to the little prankster inside you! 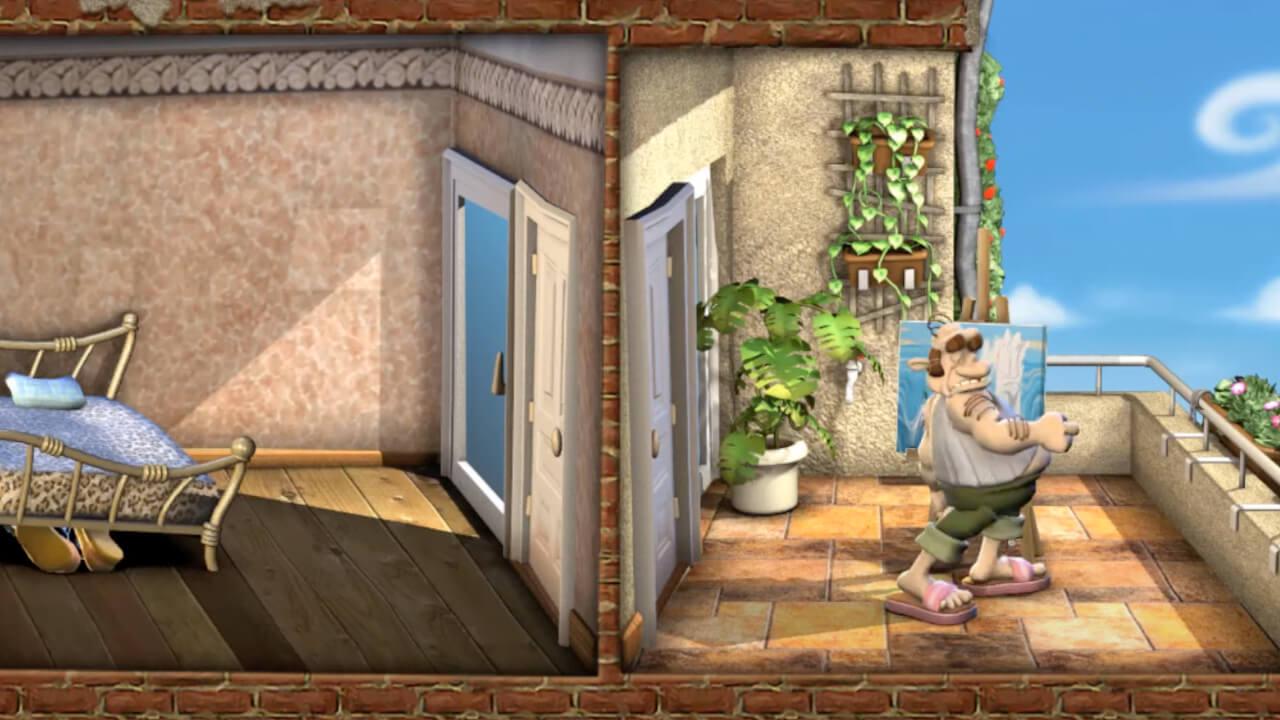 With a view of the whole Rottweiler house, you can begin by just watching their routines. If you notice anything that seems interesting, you can take revenge on their favourite belongings and household goods! Tamper with their TV, toilets, or microwave, or drip glue on their binoculars. And feel free to fiddle with his mum’s armchair, too! Get creative! Pure comedy and canned laughter guaranteed!

So have fun, but make sure you don’t get caught! If Mr Rottweiler finds you before you’ve had time to hide in a cupboard or under the bed, you’ll win a great big kick on the keister to send you right back to the start. Fortunately, there are 25 levels to explore and 3 lives to use up before the programme ends. But wait, what if the neighbour from hell is actually YOU?