A journey through the Russian wastes! 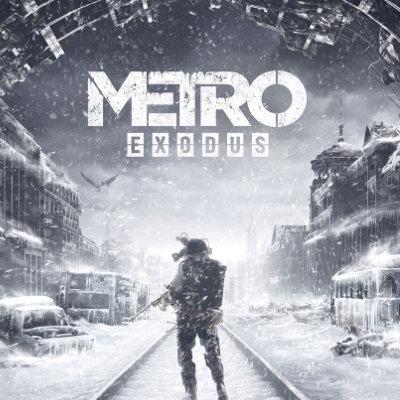 A real video-gaming gem, a rare pearl of the gaming world: get ready to play a masterpiece! Metro Exodus is not just an outstanding FPS with survival elements set in a world ravaged by a nuclear apocalypse … it’s so much more. Experience total immersion in an apocalyptic Russia as you set off in search of sanctuary, the promised land. The game’s story and atmosphere will remain in your mind long after the end credits roll.

This is the last instalment, the final word in the cult Metro series, and you won’t be disappointed. This time, you wave goodbye to the close confines of the metro system and take Artyom, our survivor and hero, out into a semi-open world. Much of the game takes place on the surface as you board a train to flee a Moscow that has been ravaged by a nuclear war, in the hope of finding someplace safe to call home.

Fans of dark, claustrophobic game worlds and anyone who’s been with the Metro series since the beginning needn’t fear: although much of the action in this game takes place on the surface, the oppressive, stressful atmosphere is still very much alive. 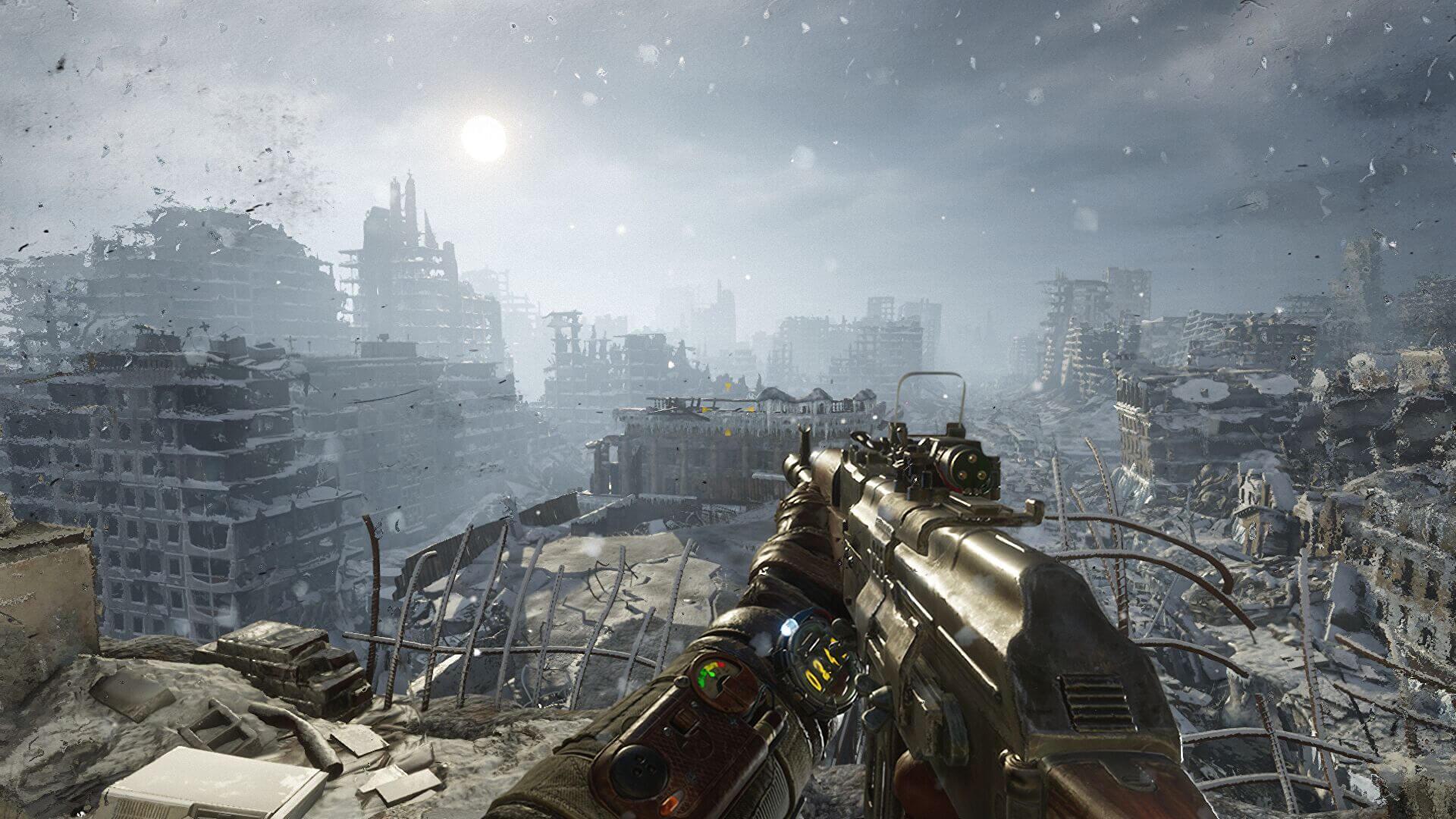 The open levels give more freedom to explore the beautiful game environments as you explore camps (will they be enemies of friends?) and ruins in which you can find valuable resources, snippets of diaries, and audio recordings that help flesh out the game’s plot.

But even out in the open air, it can still be a bad idea to breathe without a gas mask, and visibility is sometimes down to zero. Not to mention the mutants and bloodthirsty humans you might encounter at any time.

To explore this open world, you’ll board an antique train whose rails will carry you into environments of the kind never-before-seen in the series. From a ruined city to an arid desert, and including a luxuriant forest. 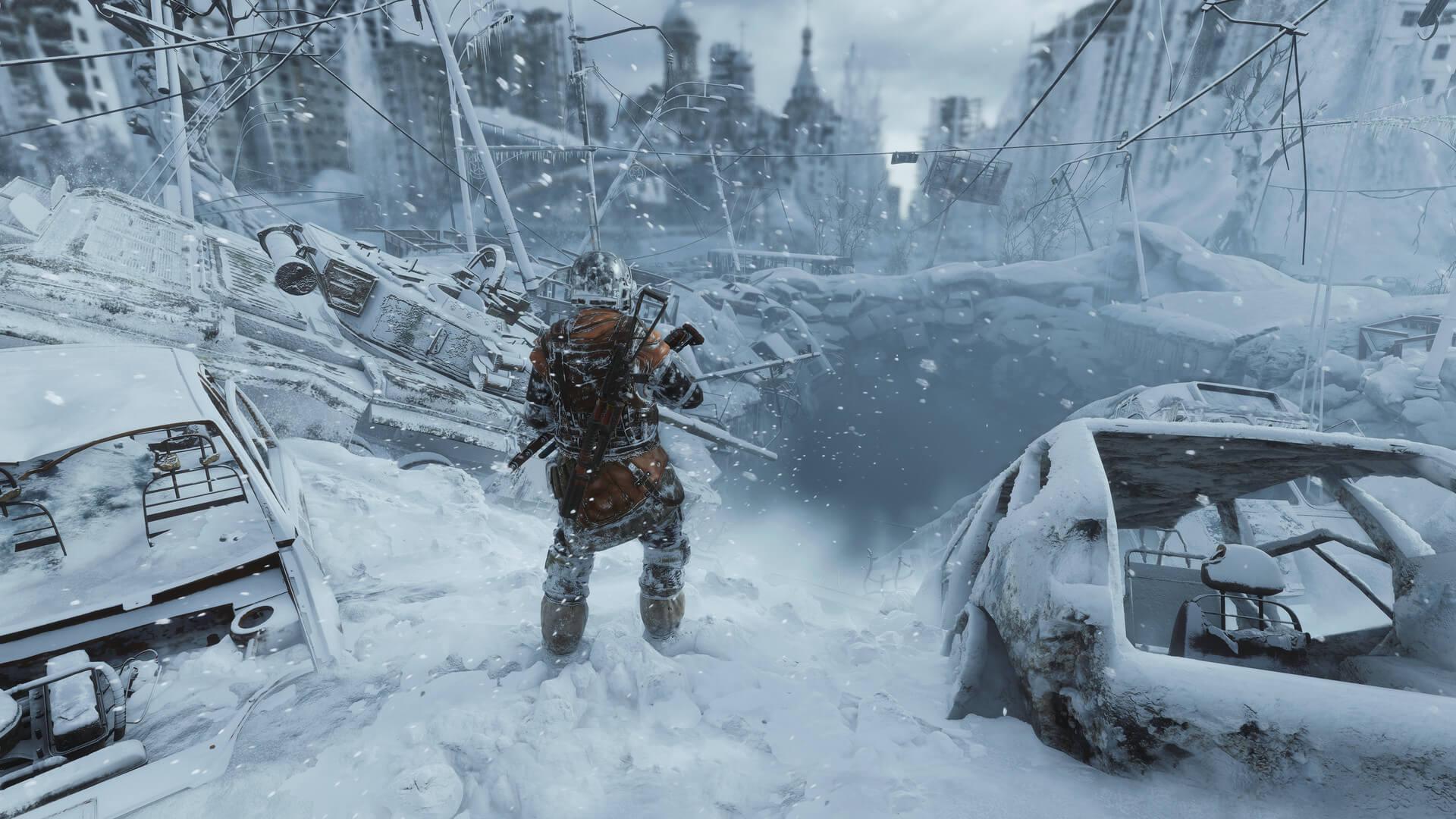 Developed by Ukrainian studio 4A Games – now working out of Malta! – and published by Deep Silver, Metro Exodus is set in a dystopian world that seems all the more plausible after the invasion of Ukraine. The series is inspired by a series of novels by Russian author Dmitry Glukhovsky, and playing it feels like taking an active role in a TV show with a genuine plot. You’ll need to take your time to make progress: time to read and listen, time to watch and to understand.

Metro Exodus is far more immersive than the two previous games in the series, thanks to the different choices that affect how your adventure unfurls (we’ll let you in on a secret: there are different endings depending on the choices you make). In keeping with the nature of a post-apocalyptic world, ammo is scarce and the slightest mistake can prove fatal, so you’ll have to craft items to make do, and think before you shoot. 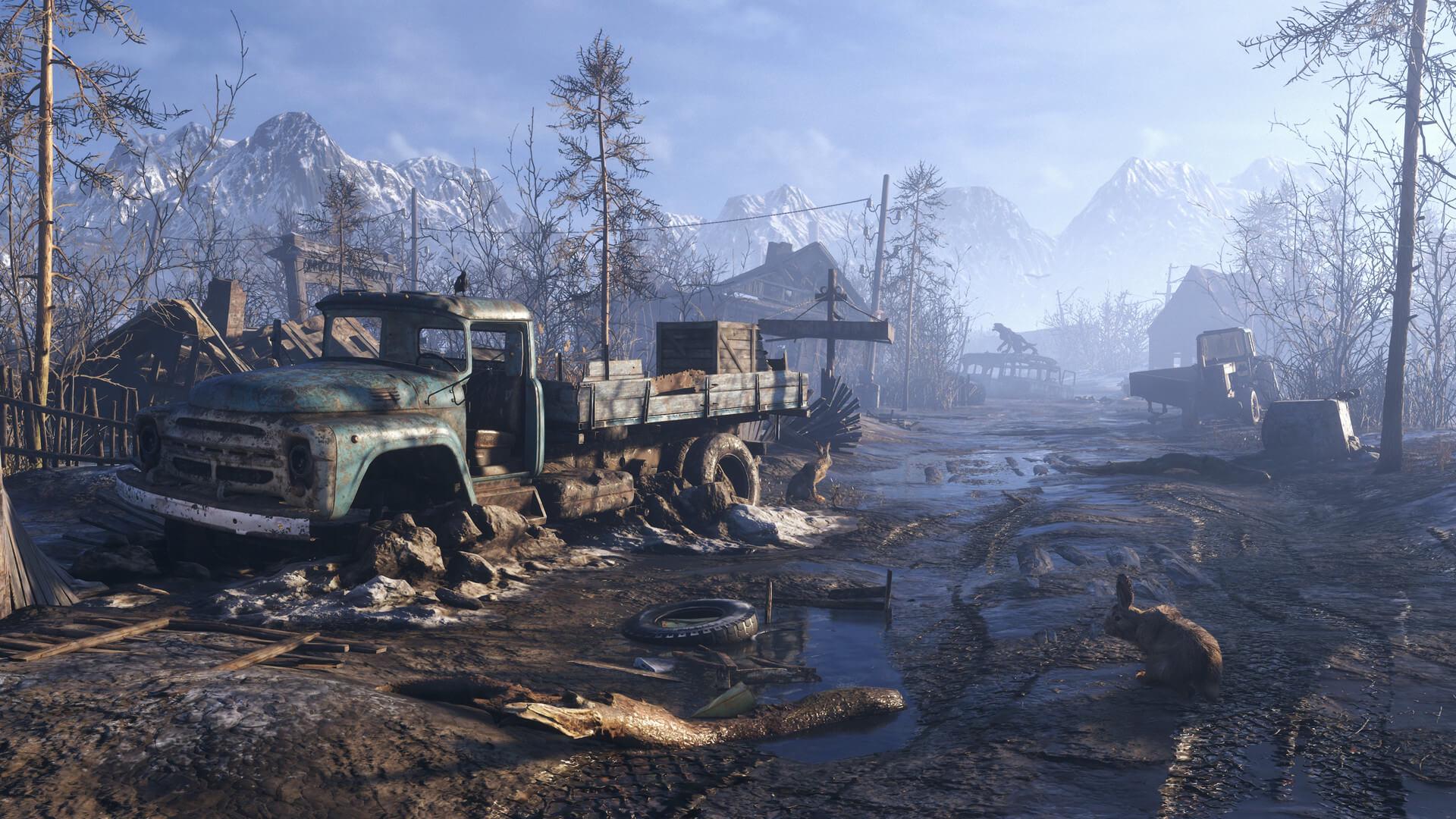 We recommend playing in Easy mode if you’ve never played the series before, while Difficult is reserved for FPS pros. Indeed, in an effort to provide a bit more realism, Metro Exodus provides zero on-screen hints. To find your way, you’ll need to physically take your map out of your pocket and follow your compass.

But more than all of that: it’s a beautiful game! The game world is teeming with details and every inch of it has been drawn by hand. And it’s realistic! For example, you can wipe mist off your visor with the back of your hand. And it’s ultra-immersive, punctuated by some of the most disconcerting sound effects.

So this is no good-time game, and we’d recommend leaving it a bit if you’re already feeling a bit low, but make sure you don’t miss out on one of the very best apocalyptic survival horror-FPS of all time!

This is a game that forces the player to think about their actions, and the legacy they will leave in the world they live in.