WWII as it was really fought! 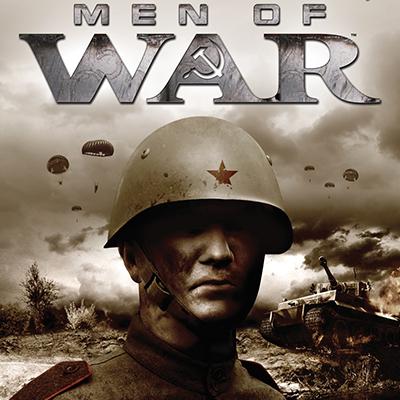 The first instalment in the legendary RTS series. A true classic in real-time strategy gaming, with hundreds of faithfully modelled units. But what really blew us away was the quality physics engine and the variety of vehicles, weapons, and missions. And all underpinned with respect for how World War II history actually played out. For fans of demanding tactics.

Nothing beats experience, and let's not beat around the bush: Men of War is one of the most stimulating tactical games on the market, even if it’s hardly a new release and doesn't make life easy for newbies.

As much fun as the missions are, most players will find them very, very difficult, even in Easy mode. It's a game that rewards patience, reflection, and careful deployment of your forces. It's war... as it's really fought!

Men of War isn't a game for just any real-time strategy fan. The stiff challenge and realistic battle management run contrary to many of the genre's current conventions. 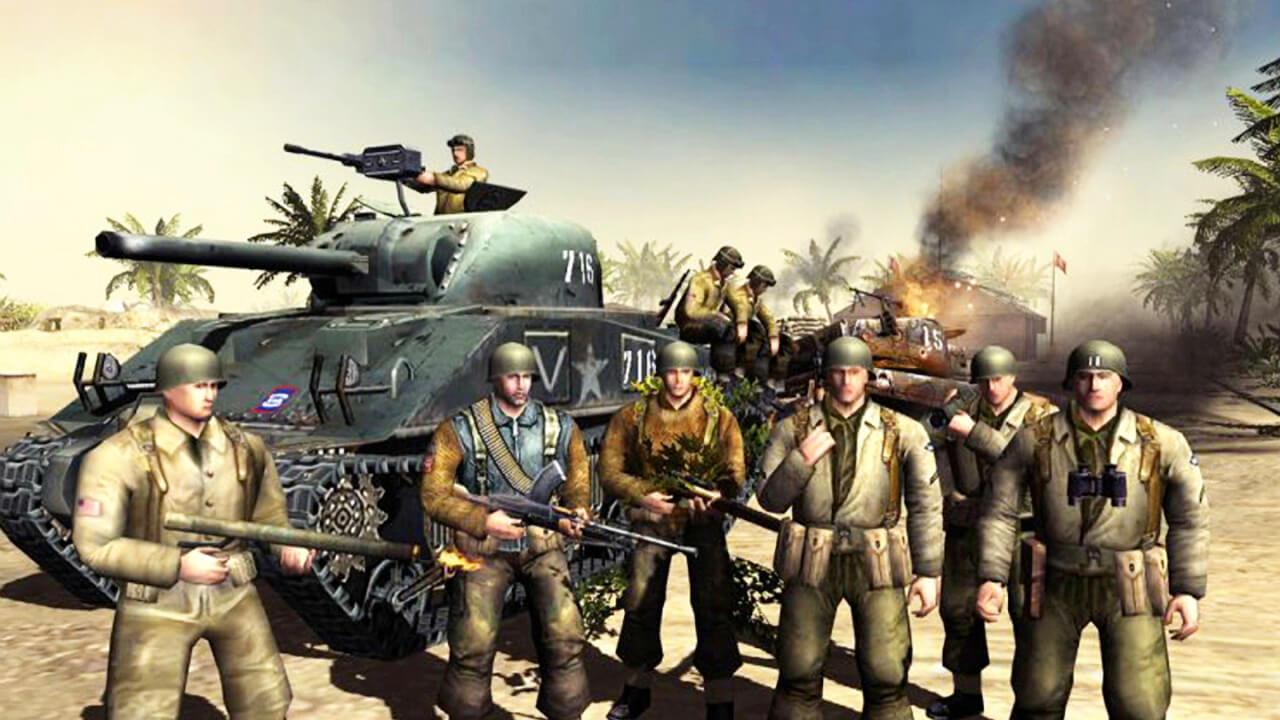 The first mission, which serves as something of a tutorial, only teaches you a few basic controls. From thereon in, the interface will provide some help, as will the faded contours that show where your troops can find cover... but that's about it.

The gameplay in Men of War is interesting and varied. The game is made up of three campaigns, each with a playtime of around 10-12 hours. The first one is the long Russian campaign. It follows the story of two comrades in the Red Army across a wide variety of missions that include an evacuation of Soviet factories of the Siege of Sevastopol.

Whether you're in command of one or fifty soldiers, each man has his own inventory and is able to use any vehicle or piece of artillery they find on the battlefield. The most distinctive feature in Man of War is the ability to take direct control of one of your units just like in a third-person action game, using an infantryman to take out enemy searchlights during a stealth mission, for example. 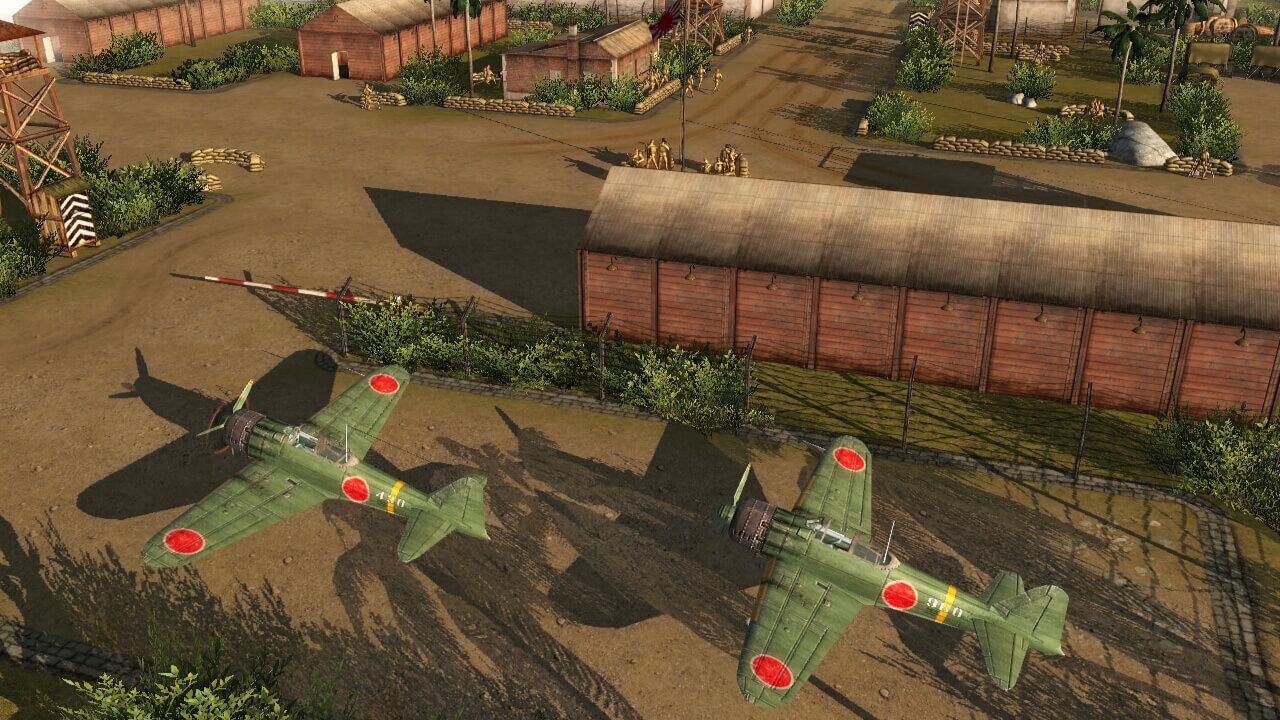 To assist you, the AI is clever enough to work independently, so that you don't need to micromanage every confrontation or select individual targets when a firefight breaks out. Soldiers will hit the deck when under fire, use grenades against enemy tanks, and use their first aid kits when they need to. But fortunately, this sense of self-preservation never stops them from running headlong into the breach when you issue an order. This blind obedience makes it easier to execute your plans, even if it does mean a suicide mission for the soldiers in question.

And as if the direct control of your units, the search for cover for your soft infantry, and completion of your objectives was not enough, Men of War has another challenge in store for you: very limited ammunition. 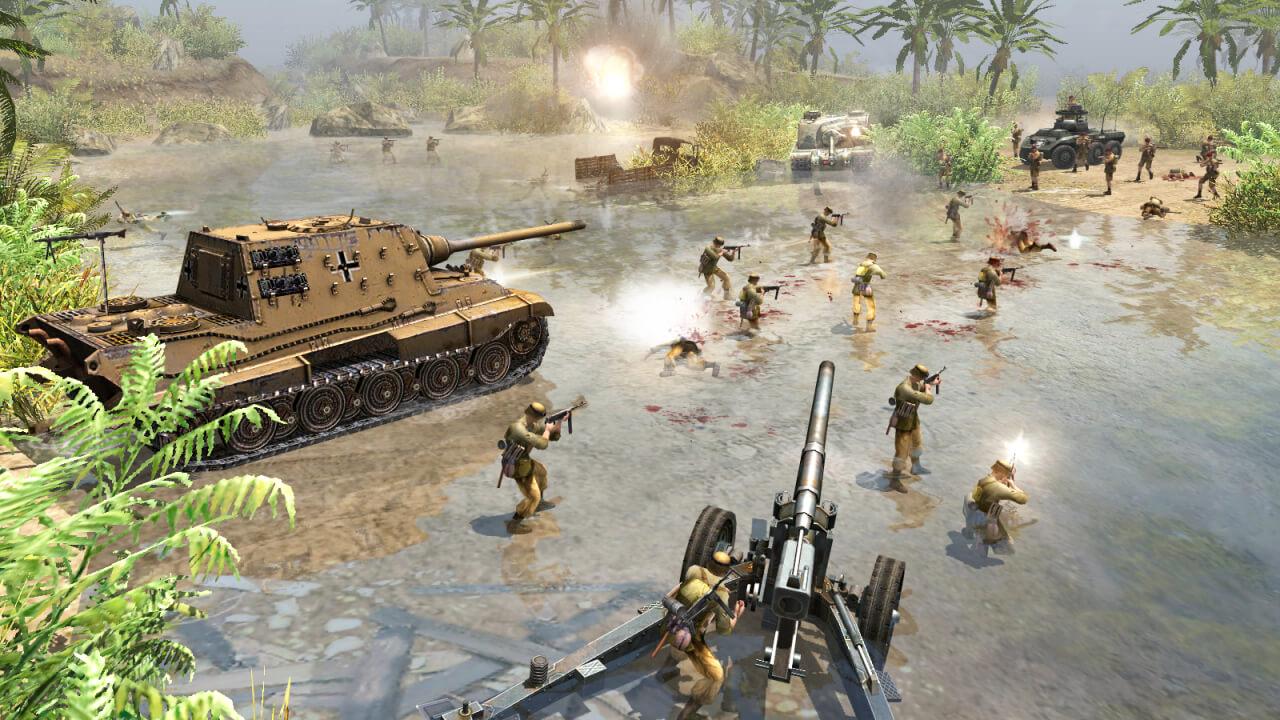 Our advice? If one of your men runs out of bullets, try stripping corpses and enemy stockpiles to get what you need. This plundering will let you get your hands on all kinds of equipment to make your troops more deadly. You can also remove ammo from weapons you pick up. This is very useful if you don't want to carry two weapons at once but still have ammo handy.

The other great thing about this war game is the fully destructible environments. The weapons in Men of War are capable of destroying entire buildings, blowing up sandbag fortifications, and blowing chunks of tank and even soldiers clean into the air. 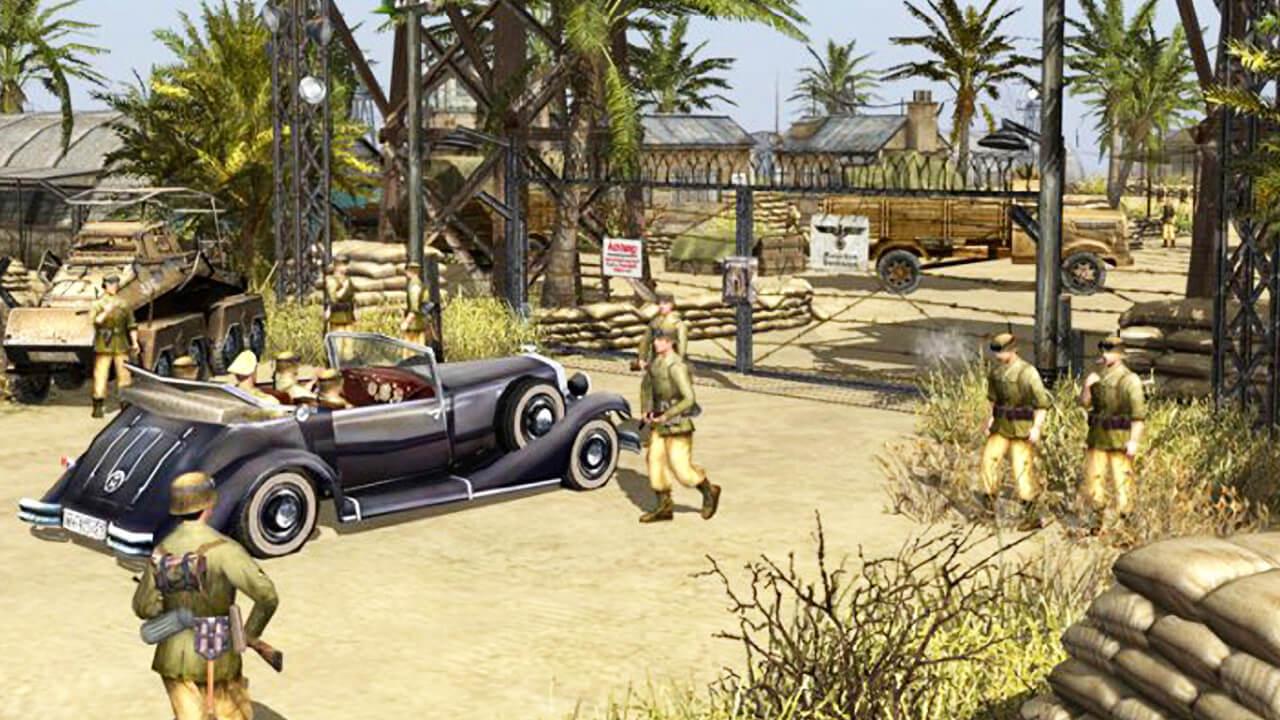 Another example of this realism: if one of your soldiers takes a headshot but the bullet ricochets off their helmet, they'll be knocked out for a while!

And it's all part of an extremely fluid experience that makes you feel like you're in a realistic war movie.

A difficult game, but one that's well worth your time.