This side-scrolling beat ’em all with its dated graphics may just win you over yet. The game is based on a Thai CG animated movie, itself inspired by Asian mythology and the birdman who does battle with an army of stone ogres. Expect plenty of fighting, and no saves! One for seasoned gamers only!

For once, here’s a game that isn’t inspired by Greek or Norse mythology. Krut is a platform/hack ’n’ slash game based on a Thai animated movie, itself inspired by the legends of South East Asia.

It tells the story of a Garuda warrior (a mythical half-eagle/half-human creature) lost on the enchanted island of Himmaphan. There, he tries to survive after his people were defeated by the stone ogres. Thanks to his silver wings granted to him by a mysterious stranger, he will be able to avenge his people if he can obtain the six powers found on the island, across its six levels. 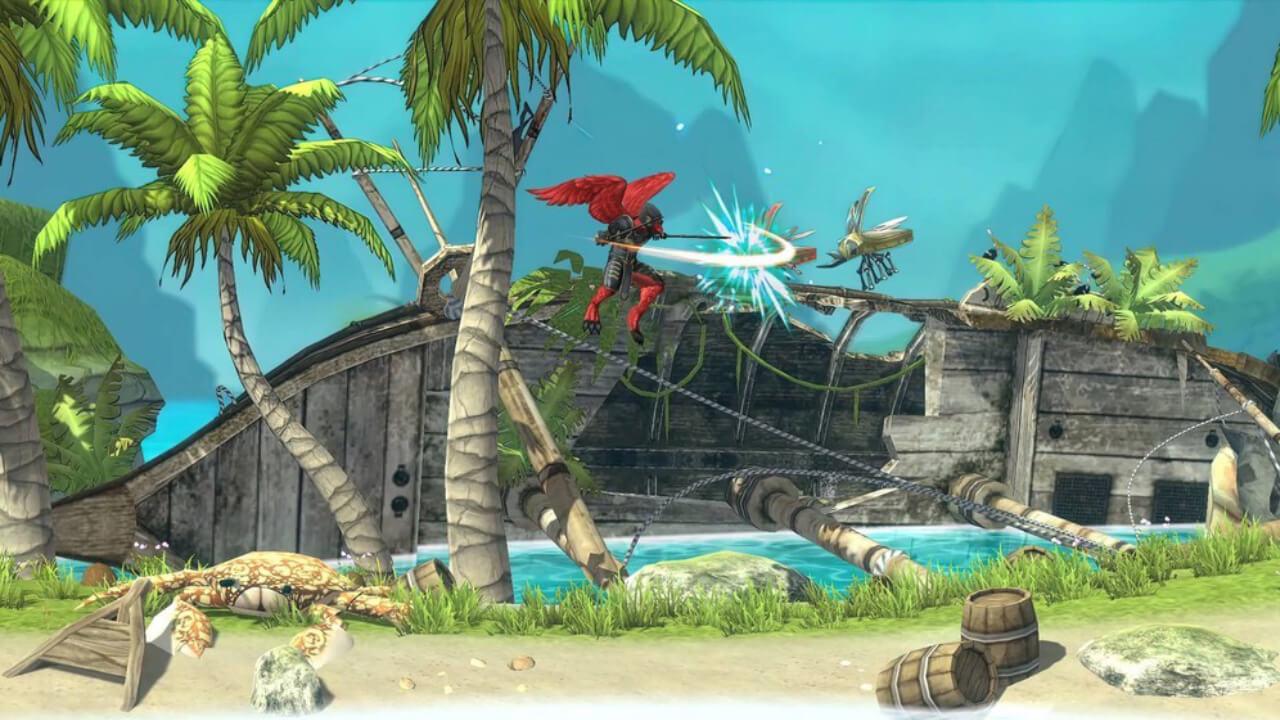 Developed by RSU Horizon and Good Job Multimedia and published by Blowfish Studios, Krut: The Mythic Wings will have you jumping and slashing bad guys to get your hands on these precious powers. And this is where the game begins.

Graphically, Krut: The Mythic Wings is a good-looking game with its hand-drawn graphics and animated movie style. The backgrounds are teeming with life and are sure to blow you away. The bosses which appear halfway through and at the end of every level are also breathtaking to behold.

The audio is excellent, too, with the sound of clashing swords and the roars of the bosses all helping to ratchet up the tension.

Our advice? Listen very carefully, because the bosses’ roars give warning of their most powerful attacks. A great way to keep you on your guard! 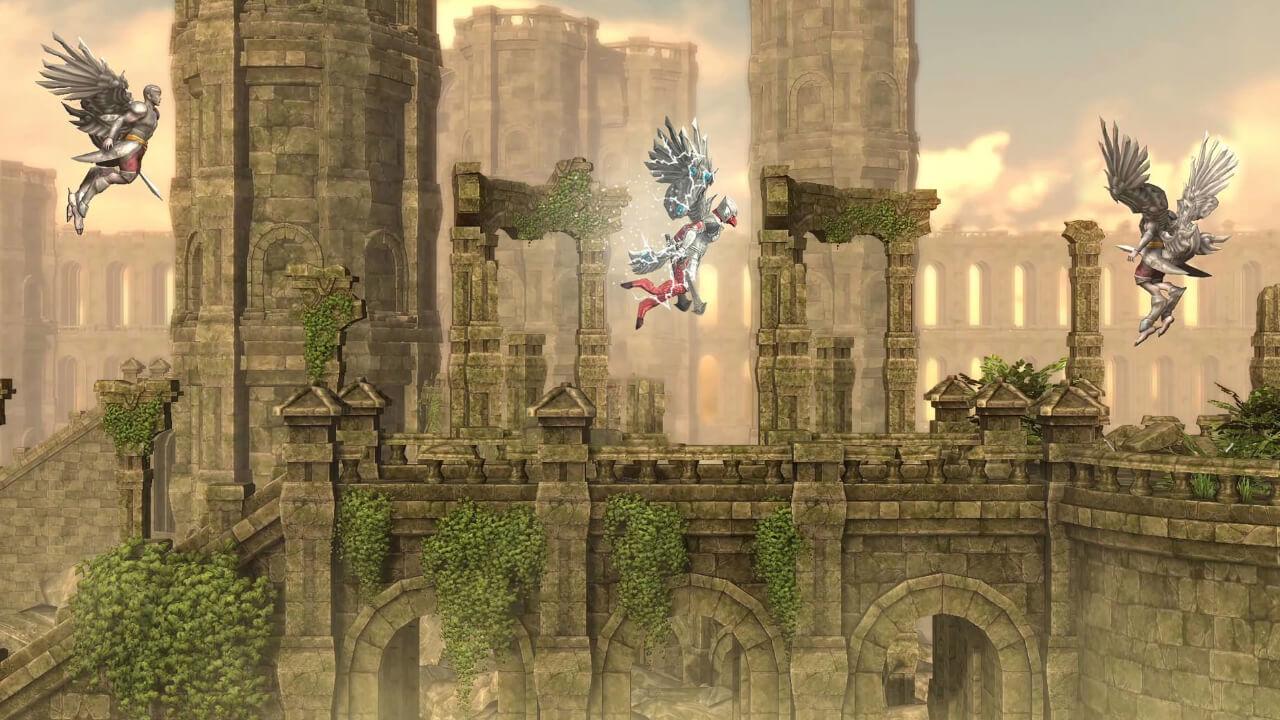 The combat is pretty good, too. As a Garuda, you have a light attack and a more powerful magic attack, and can string together combos of different movements. You’ll learn them in the tutorial which has you executing each combo one after the other. You’ll also face a wide variety of enemies, and the developers clearly took care to serve up lots of different monsters.

You’ll also need to collect green gems, which you can use to unlock checkpoints and buy upgrades (hit points, higher damage, etc.). But there’s no need to collect a certain number of gems to keep progressing through the game. 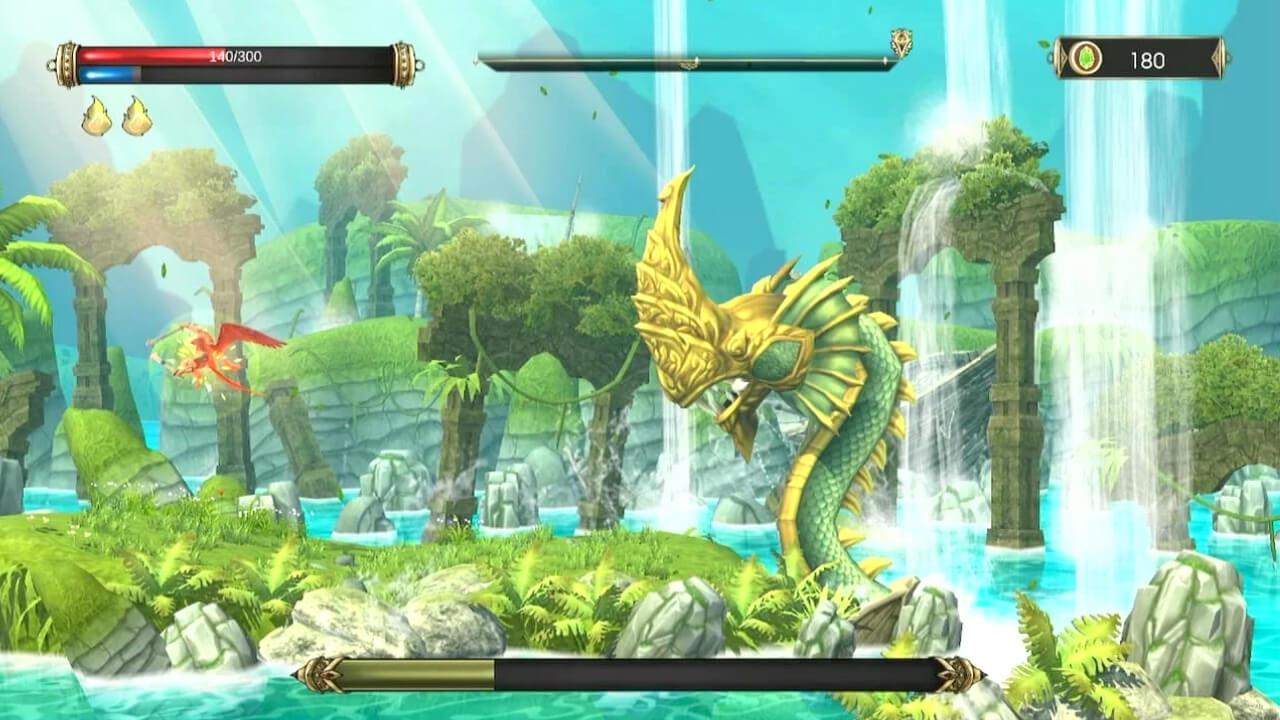 At this point, you’re probably thinking that this is a beautiful 2.5D arcade game that delivers a nice hit of side-scrolling nostalgia, but be warned: this is also a very challenging game (even in Easy mode), and one where you’ll be dying a lot.

As beautiful as the bosses are, they provide a very stiff challenge. And there’s no point trying to memorise their movements, because their pattern changes every time you die. It’s got a little touch of Dark Souls, which won’t bother gamers who like a challenge that keeps them starting over.

Nothing to clip the wings of the more determined gamers out there!