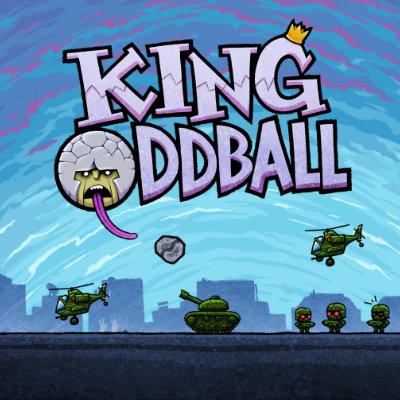 A game that draws on Angry Birds where you play as a king with a sharp tongue that he uses to launch rocks to take out tanks, helicopters, and little soldiers. You’ll need to think before you throw, as you can bounce rocks off explosives for even more damage. 100% casual gaming fun!

Want to kick back and relax? Loved Angry Birds? Already completed Shark Dash? Then you'll love playing as this king who fires rocks with his tongue!

It's a totally, erm… oddball concept, but the result is a success. 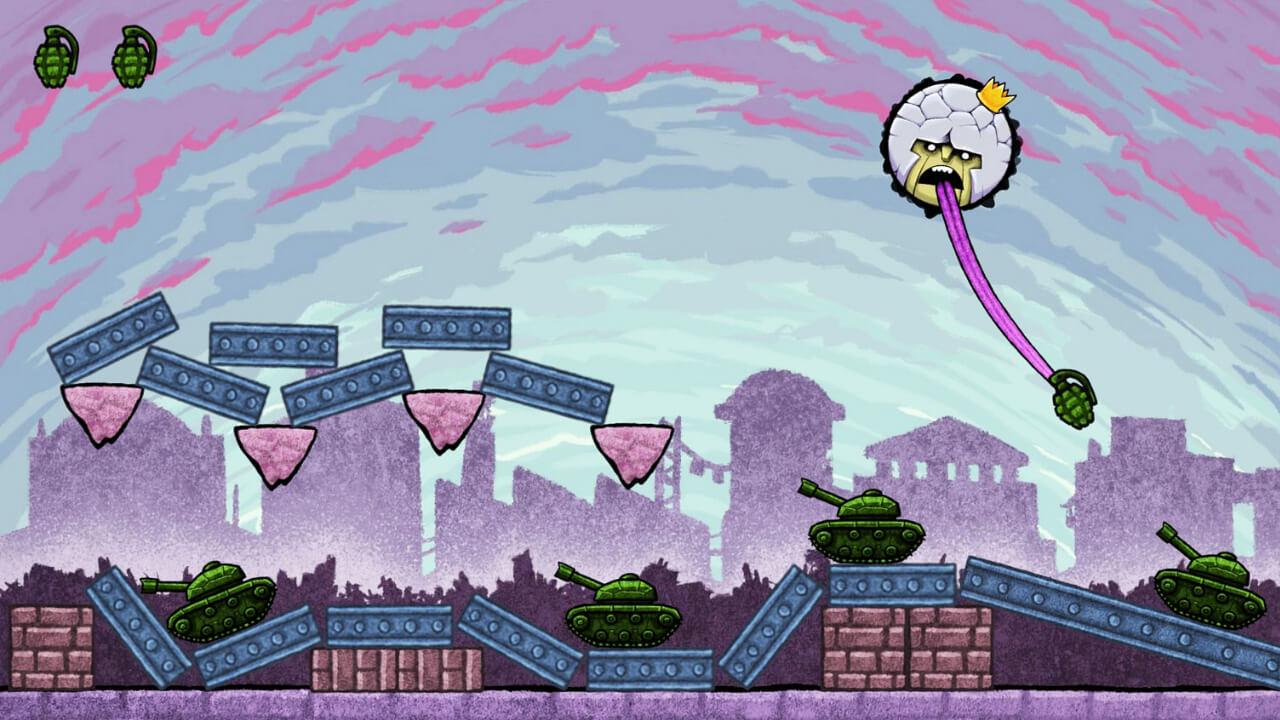 The aim of the game is to destroy targets using rocks you launch with your tongue, which belongs to a kind of royal planetoid!

Your targets are soldiers, tanks, and even aircraft which you can destroy by landing direct hits with a rock, as well as causing them to fall or making them blow up. When all of the targets are eliminated, the level is complete. 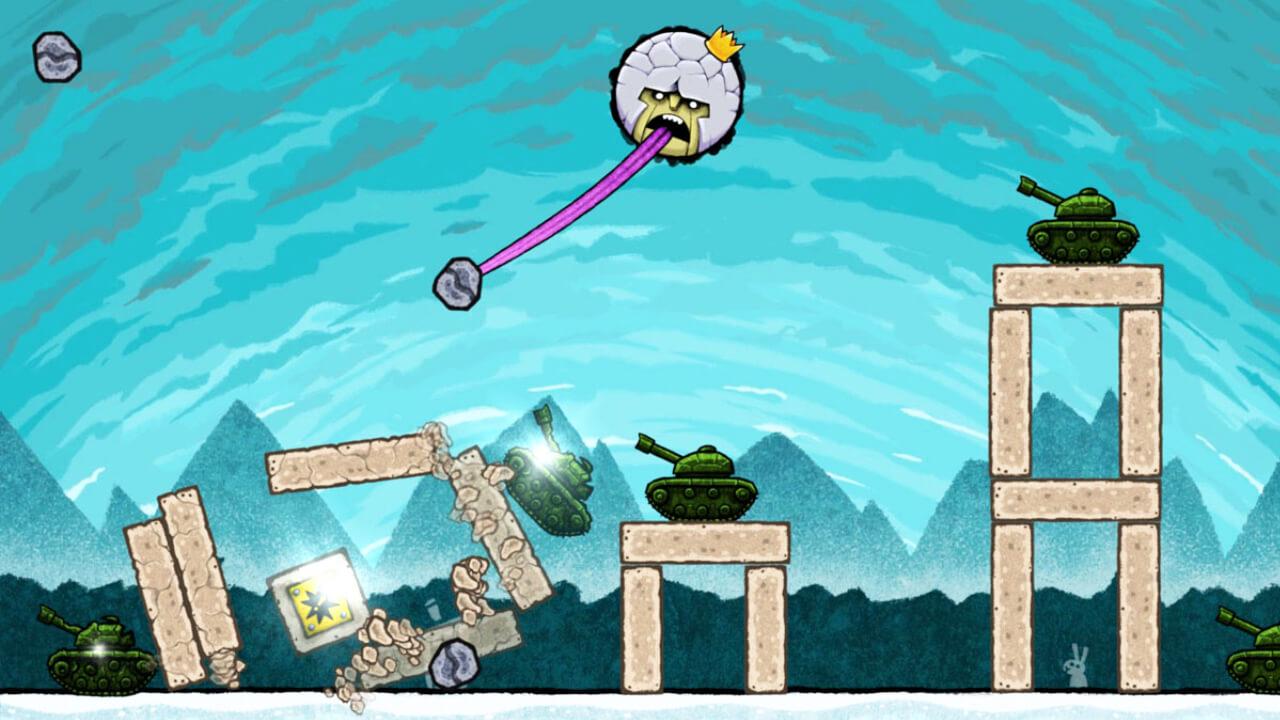 The game also features bonuses and power-ups. Bonuses can be used to earn extra points, while power-ups can get you extra rocks or boost your power.

Killing the more difficult-to-reach enemies will earn you extra points, so try to get them first! 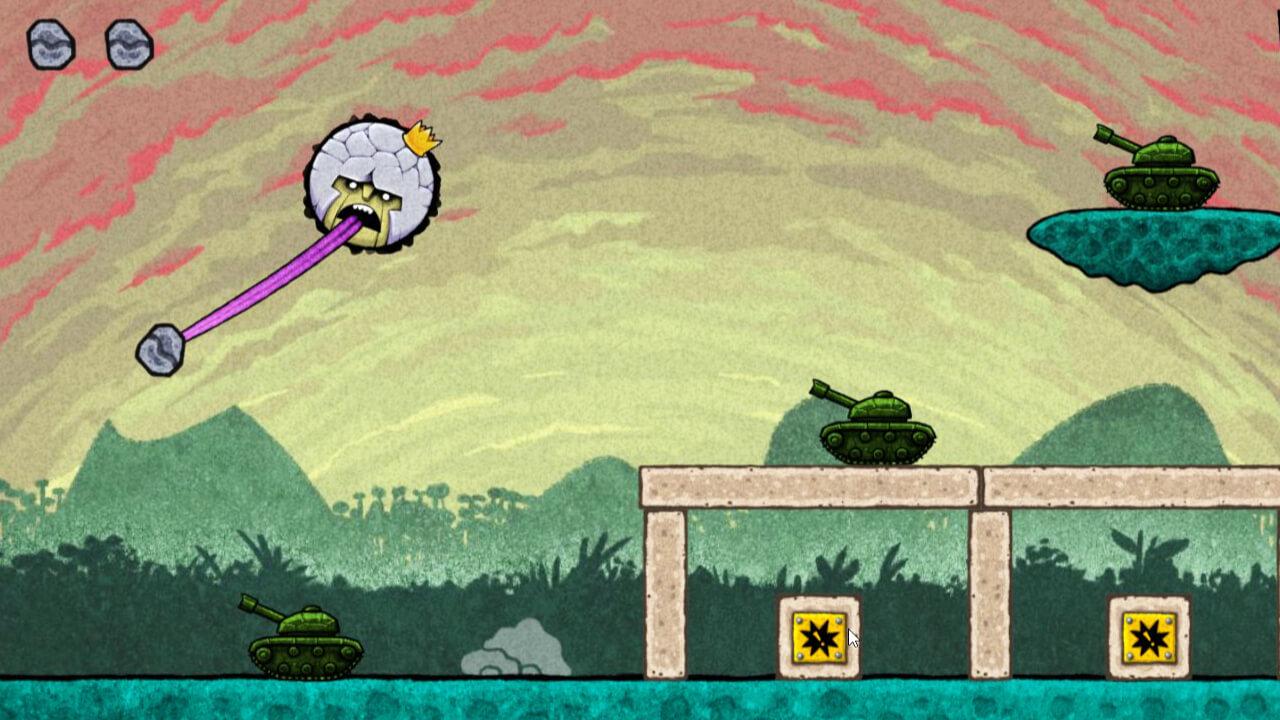 We loved the game's hand drawn old school aesthetic, as well as its traditional mechanics that have stood the test of time.

Our advice? Aim for the bonus points to get the highest scores: some special targets award you extra points if you manage to hit them with a rock.

This is an unpretentious but addictive little game that's great for playing on the bus or killing time in a waiting room.