Ice Age: Scrat's Nutty Adventure, catch me if you can! 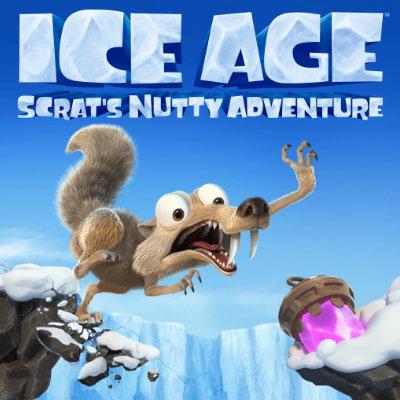 Clumsy little Scrat needs your help to find four legendary Crystal Nuts and save the world! In this 3D platform game for beginner gamers, you will explore the Ice Age world with a single focus: to go as far as possible so that you can, at long last, achieve Scrat’s prophesised destiny, and save the world from destruction!

Whether you’ve caught it on TV or you’re a diehard fan of the Ice Age franchise, you’ll definitely have seen Scrat. You know the one: the little sabre-toothed squirrel who’s constantly chasing an acorn that’s always just out of reach... After feeling so much empathy for this supporting character who’s as funny as he is clumsy, why not give him a helping hand on his existential quest? 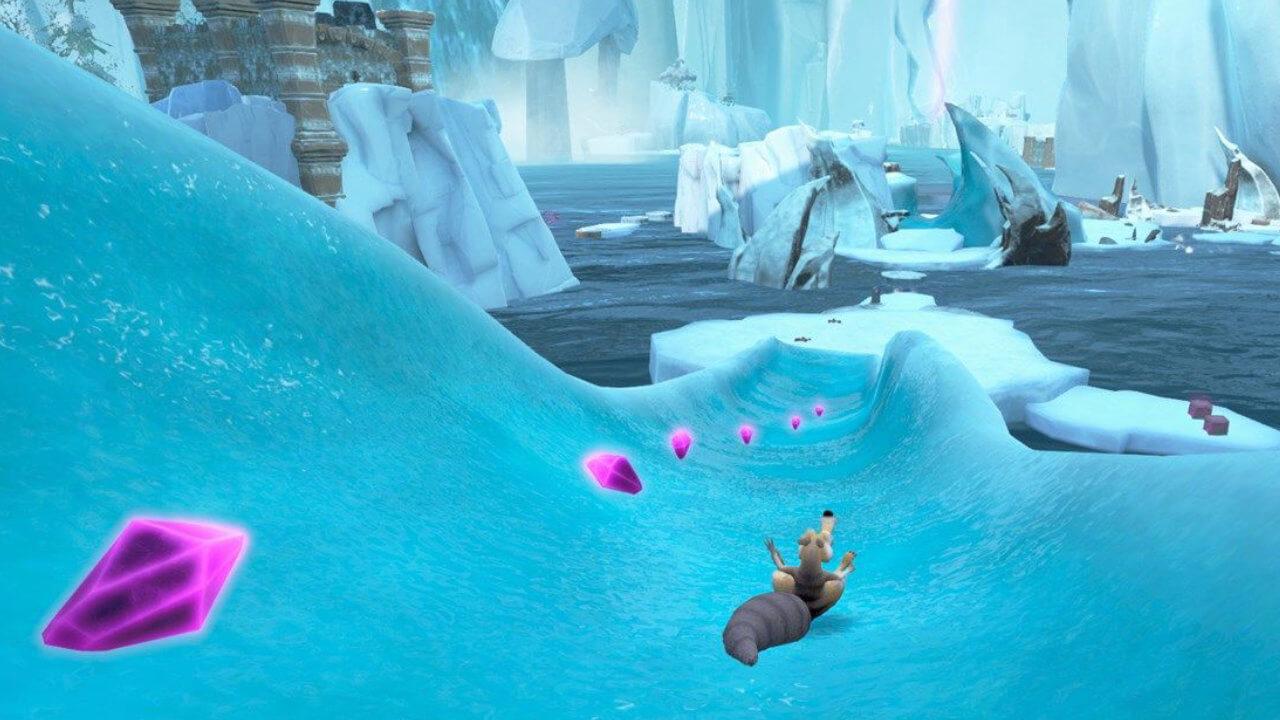 This is how you find yourself in the Ice Age as Scrat, this time on a quest to find the “Crystal Nuts”. These four holy artifacts, taken from an ancient Scratazon temple, will soon become Scrat’s new obsession, and one that will drive him across four worlds that will evoke great scenes in the Ice Age films for fans of the franchise. And the icing on the cake of the little squirrel’s glorious destiny: the artifacts will also enable him to save the world! Just make sure that you don’t drop them out of carelessness, as is Scrat’s annoying habit!

Developed by Outright Games, Ice Age: Scrat's Nutty Adventure is a 100% 3D platform game that’s packed with gags and nods to the animated films. Any fans of Ice Age will love roaming the world of the films, as well as running into Carl and Frank, the two non-woolly rhinos from the first film, for example. 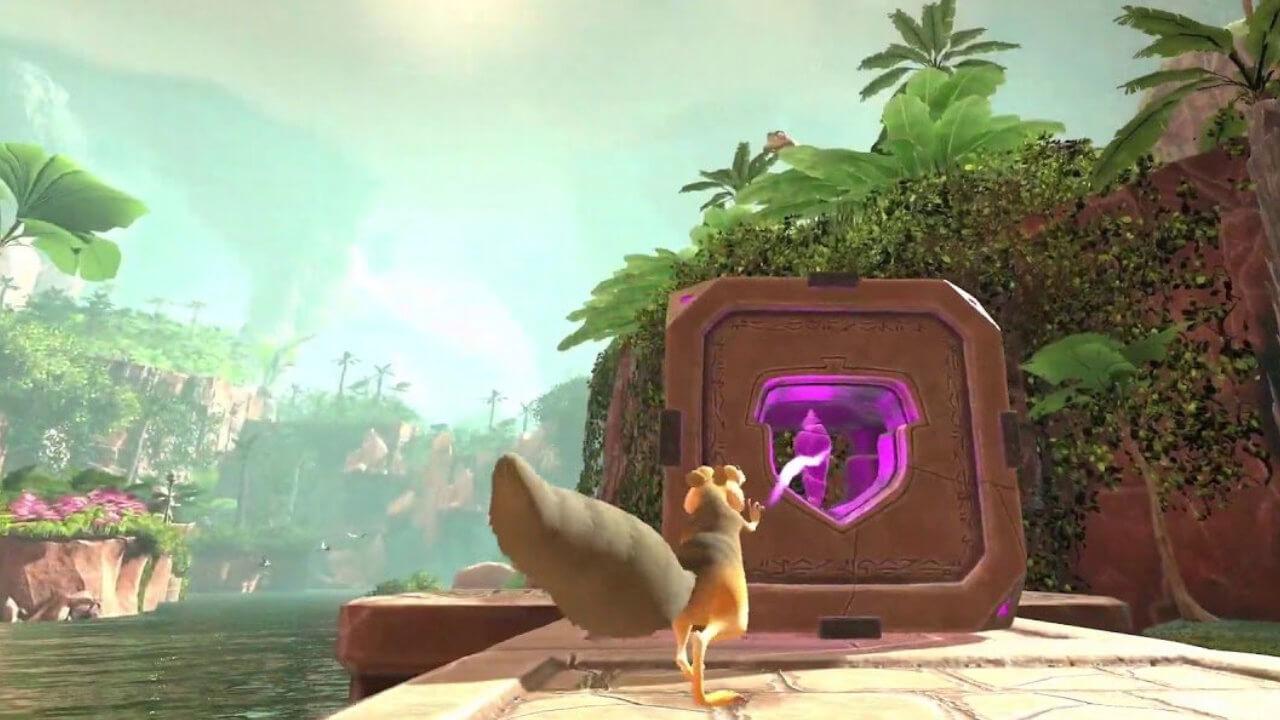 Suitable for the whole family thanks to its gameplay that’s intuitive and easy to master, this game that’s full of action and adventure nevertheless features a few strategic battles with the bosses. You’ll also need to solve prehistoric puzzles, in an opportunity to bulk up Scrat’s puny brain.

And never hesitate to go off piste to find even more purple crystals and priceless treasures. Among them, the four famous “Crystal Nuts” that give Scrat special powers and open up the way to the next level, as well as saving the world from certain death once you have collected them all!

A game to get the whole family together. 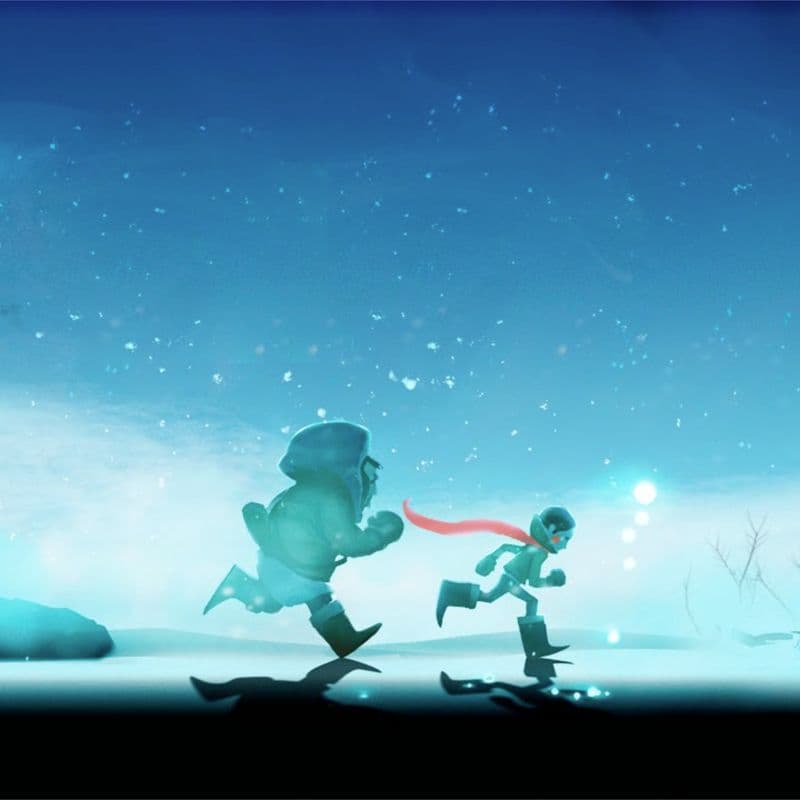 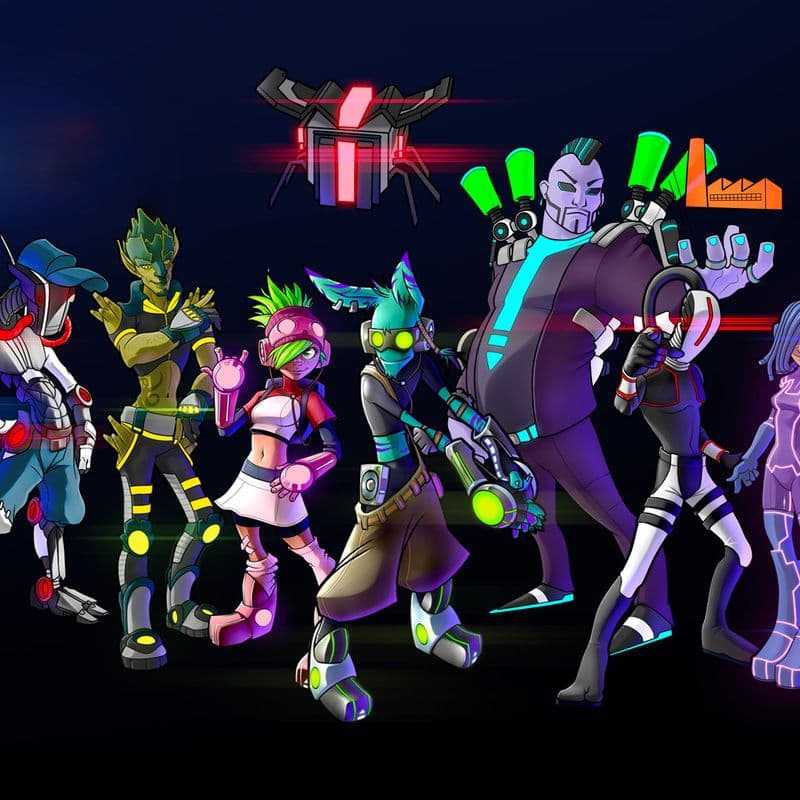