Fight for your right to parkour! 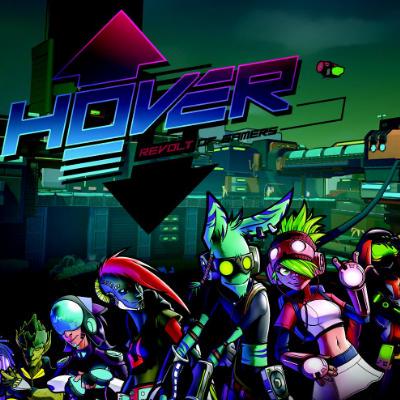 Discover this 3D parkour game where a community of gamers take a stand against the Grand Admin! Finding yourself in a futuristic mega-city where entertainment and leisure is banned, you will lead the gamers’ rebellion against the tyrannical government as you jump from wall to wall with your life in your hands!

On the planet of Hover City, nobody ever worries about gravity. Here, what’s on people’s minds is the tyrannical dictatorship imposed by the Grand Admin. Cut off from all communication with the Galactic Union and banned from enjoying any entertainment or fun in general, the people pf Hover City are ready to implode.

Unfortunately for the powers that be, the planet’s gamers aren’t the kind to be treated like a doormat, and a silent revolution is gradually taking shape. So it is that you find yourself teleported into the skin of a clone, whose first mission is to join the resistance. Once you’ve made it through the tutorial, where you’ll learn to climb walls and pick up speed to pull off impossible jumps, you’ll be tasked with infiltrating an orbiting space station, way up in the sky above Hover City. The aim? To call in the cavalry by re-establishing communications with the Galactic Union. In other words, child’s play for a parkour pro like you! 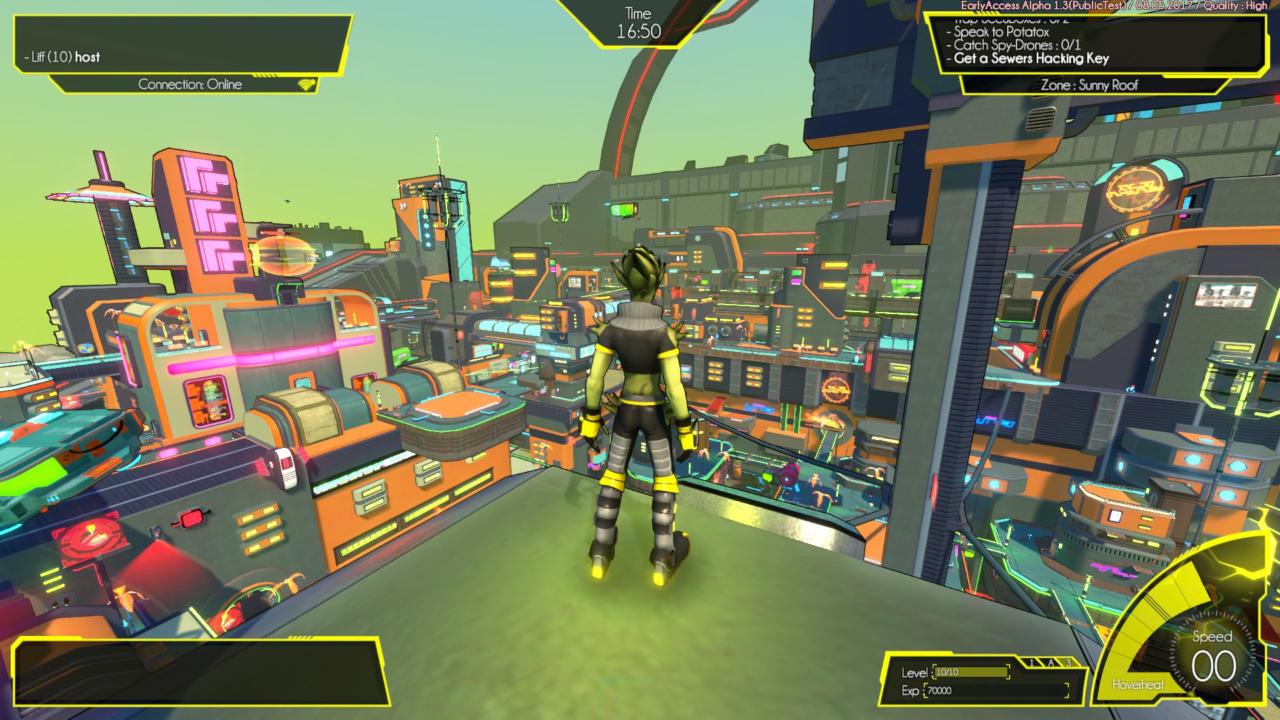 Developed by the Midgar Studio from France (a country that knows a thing or two about revolutions and parkour) following a successful KickStarter campaign, Hover: Revolt Of Gamers is a 3D parkour game with some serious freerunning vibes. This means you’ll be able to leap around and pull off tricks with absolute freedom in an ultra-futuristic world with colourful, fluorescent graphics, where any surface you can see can be climbed on!

The game is intuitive to learn and, much to the delight of the geekier gamers among us, is teeming with references to video-gaming and pop culture classics, like recharging your chi just like in Dragon Ball Z! 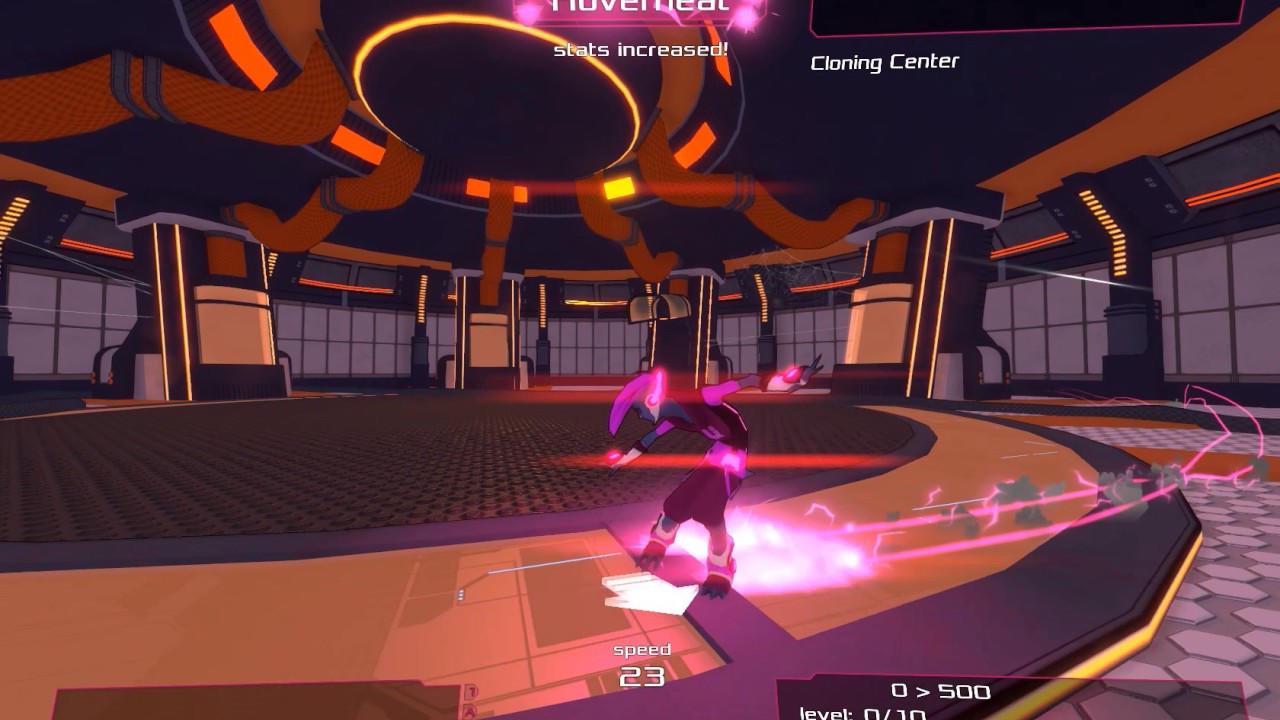 From one mission to the next, you’ll have to explore 6 vast areas to find all of these easter eggs, but the main aim is just to make it fun! Some places are perfectly designed for the craziest – and therefore most dangerous – aerial combos. It’s up to you to find the happy medium between bravery and common sense, and leap your way to freedom at long last!