If only I had a hammer… 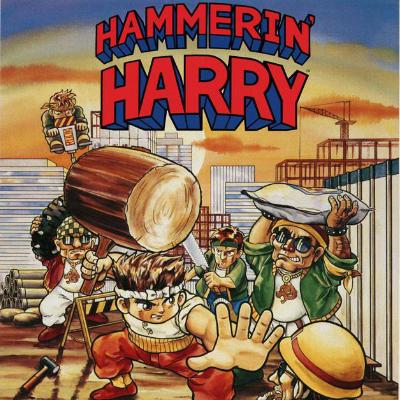 Keep hammering away and give your all to this classic platformer! Armed with a giant mallet and a burning desire for revenge, your job is to help Harry track down the boss of an evil company. But before you do, you’ll have to bash a whole army of the company’s employees!

To a hammer, everything looks like a nail. But for Hammerin’ Harry, things are that little bit more complex. Because if this carpenter is out there hammering anything that moves, it’s because he has a lot on his mind.

A shady businessman has bought all of the homes in the city at a price the competition couldn’t match, and is now putting up his own buildings. His company, Rusty Nail Inc. and its evil employees seem willing to do anything to get their way in real estate. Including wrecking poor old Harry’s home! 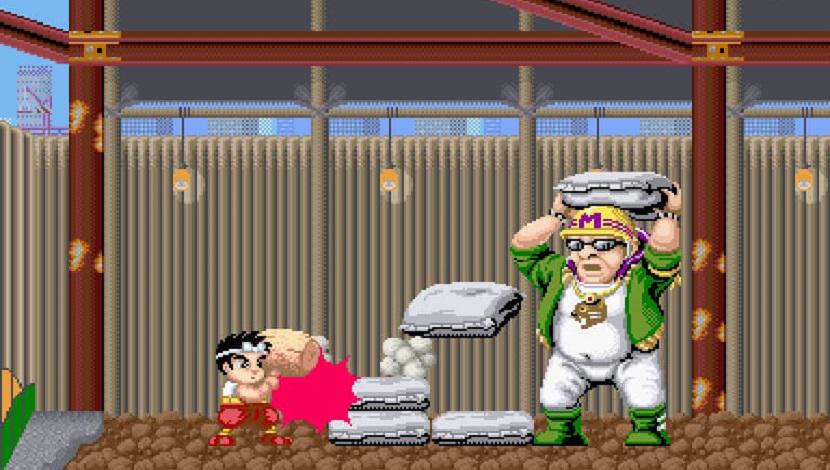 That was a step too far for this honest working man, who will be solving the issue with his favourite tool: his hammer! Or rather, a giant mallet that you’ll soon be flailing around in every direction to knock out your enemies and do a bit of decorating while you’re at it.

You and your hammer will be making your way through the messiest building sites in all of Japan! Over the course of his odyssey littered with pitfalls, you’ll be focused on a single objective: to find the big boss of Rusty Nails Inc. to tell him what time it is!

Hammerin’ Harry is a 2D action platformer developed by IREM Software, that was first released as an arcade game in 1990. In those days over in Japan, Harry was a video game superstar known as "Gen the Carpenter"! The reason for his success? Madcap humour and super straightforward gameplay! 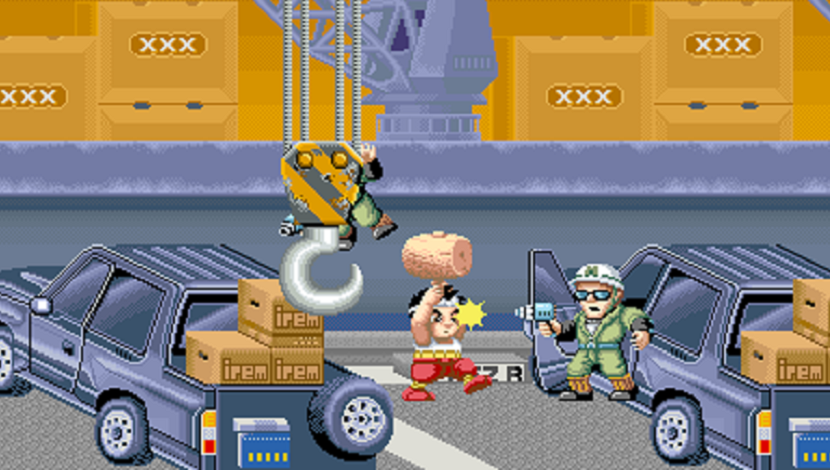 All you have to do is use your hammer and the jump button at the right time to get past the obstacles in your way. And you’ll have a natural tendency to smash every box you come across. And that is a great idea, because in them you’ll find stacks of bonus points in the form of gifts, and earn an extra life for every 70,000 points!

Other handy power-ups can be found everywhere: jeans that let you jump higher, a hard hat for added protection, hot sauce to boost your speed, a power stone that doubles the size of your hammer, and the "little Harry" that gets you an extra life!

Just be careful: some boxes are filled with enemies! And these enemies will take an evil delight in attacking you from all sides, even from the sewers! Not so simple after all, a carpenter’s life! 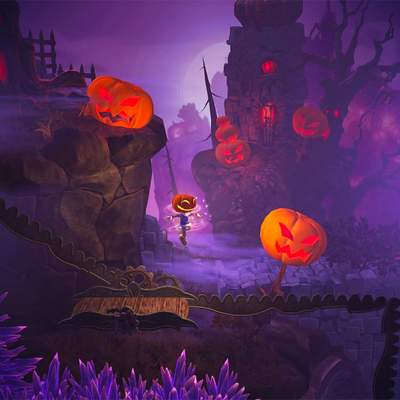 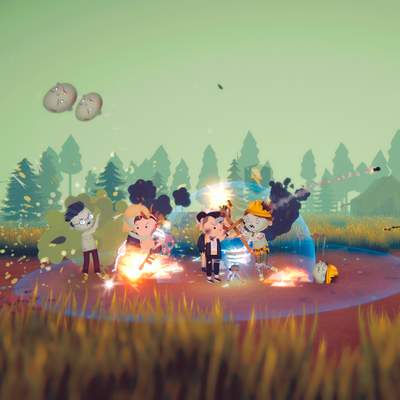