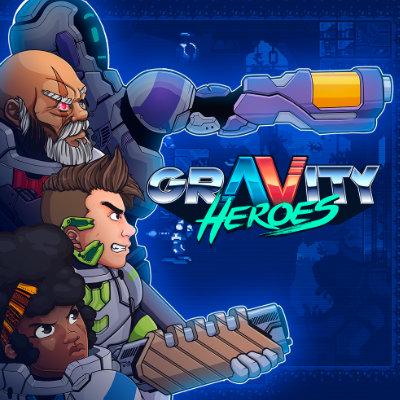 In this fast-paced and madcap "arena shooter", you’ll need to master gravity if you’re to survive! Trapped in a series of rooms brimming with increasingly powerful machines, you’ll need to dispatch all of the "synthetics" standing in your way, with only your sharpshooting skills and gravitational manipulation to count on!

When the machines rebel, you have to put your humanity to one side. Cold, cruel, and calculating, you’re now ready to become one of the famed Gravity Heroes!

Called in to the rescue when machines known as "synthetics" start to defy Asimov’s Laws of Robotics, you’ll find yourself staring down a machine uprising of the kind never before seen. 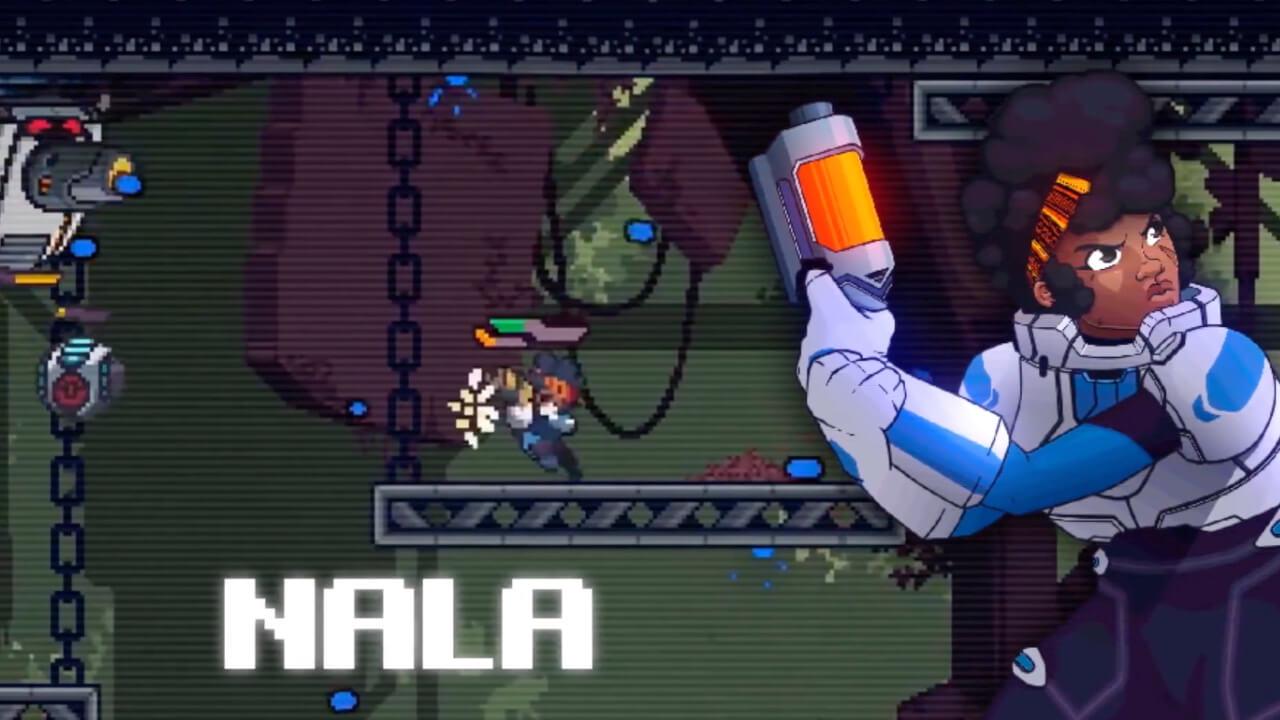 Your mission? To track down the hard drives you need to regain control over these dastardly heaps of junk! And your number one weapon is gravity itself! Harnessing the power of an extremely sophisticated control module, you can flip gravity at will to walk in places man has never set foot… like the walls and the ceiling!

You’ll have four characters to choose from, each as tough as the next, but all with unique looks and very different personalities: El Tostador the friendly robot, Abel the geek, Nala the intellectual, and Magnus the veteran. Whichever you choose, you’ll constantly be finding yourself trapped in vast rooms where your job is to dispatch any form of electronic life you encounter. No problem when you know how to shoot upside down! 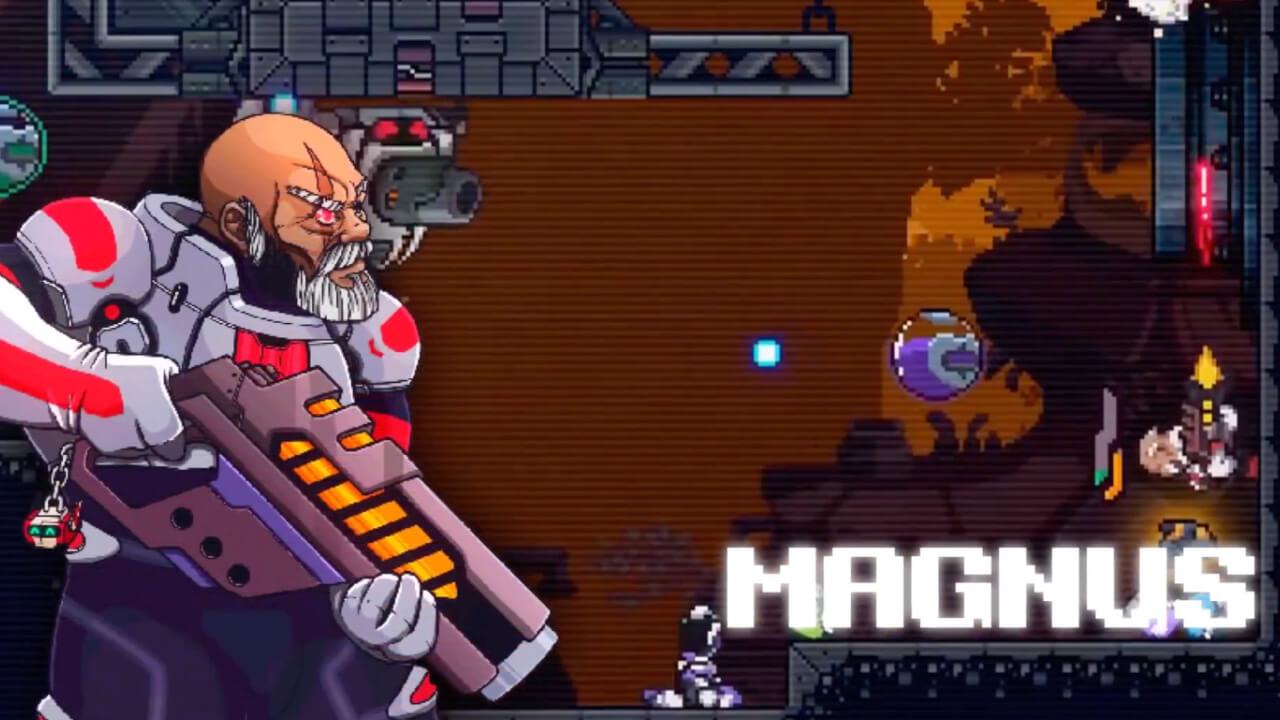 Gravity Heroes is a 2D action-arena shooter jointly developed by two independent studios from Brazil: Studica Solutions and Electric Monkeys. Playable with up to four players in local multiplayer in the Versus Mode, it also comes with Story and Arcade Modes, and a handy tutorial for beginners. With its pixel art graphics and soundtrack that oozes ’80s vibes, it takes you right back to the glory days of fast-paced and colourful 16-bit games. 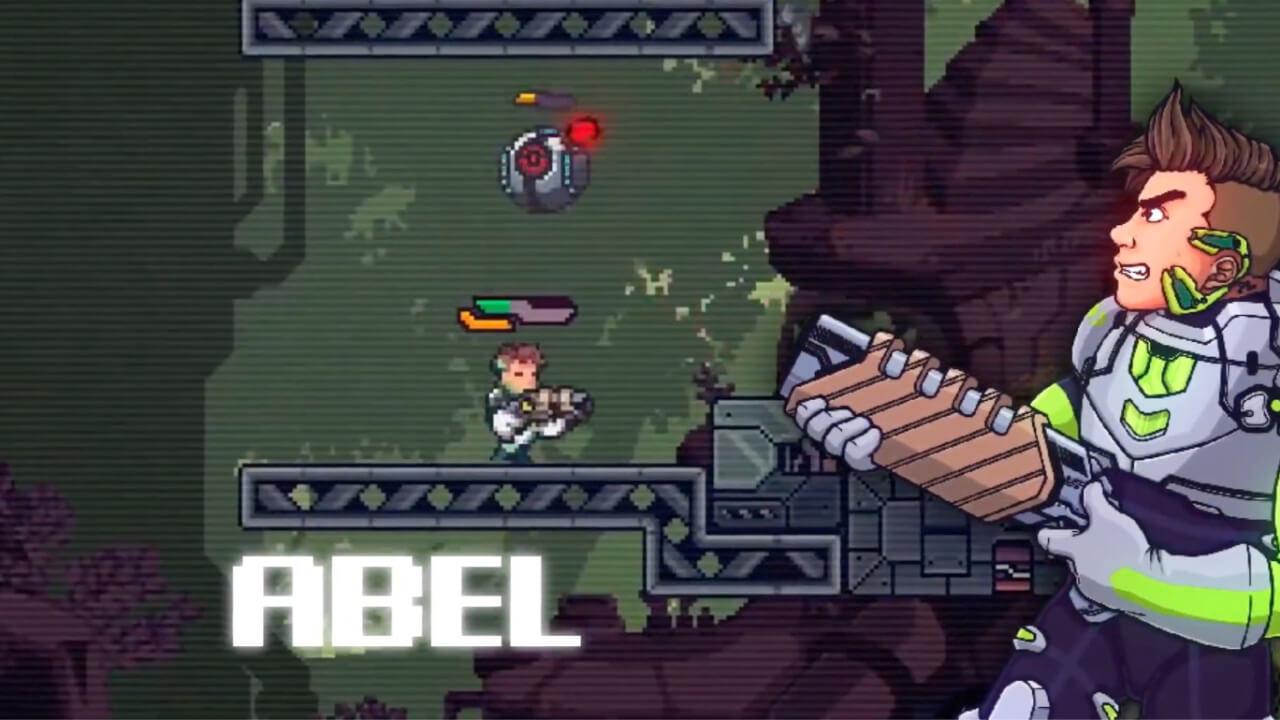 But what is totally innovative is the gameplay. The gravity shifting mechanic will take a bit of practice before you set off to take down the "synthetics"! So if you’re to leave the 25 different kinds of enemies you’ll encounter in the game for dead, you’ll need to learn to master gravity with finesse and plenty of skill!

A touch of the button will let you dodge your foes and launch surprise attacks. Not to mention the ferocious bosses who’ll have you jumping on every wall in the room. Thankfully, you can upgrade your skills by getting hold of increasingly powerful weapons and accessories!

Technology’s not so bad after all, right?