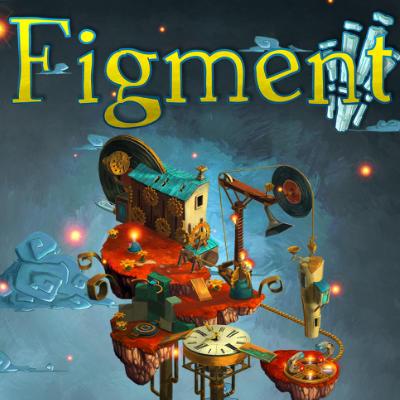 If you’ve been looking for a beautiful, intelligent game that’s easy to play: here it is! Figment is one of those video-gaming gems that you really shouldn’t miss, and it’s suitable for players age 8+.

A quick heads up: this game deals with grief and courage. But don’t be put off, these serious subjects are approached via a beautiful, musical game world that is anything but melancholy. In a similar vein to the Pixar movie, Inside Out, players find themselves inside the mind of the main character: a child lost in their dreams while asleep in a car. While the story begins with an everyday conversation, it’s followed by the sound of screeching metal... We’ll let you find out what happens next. 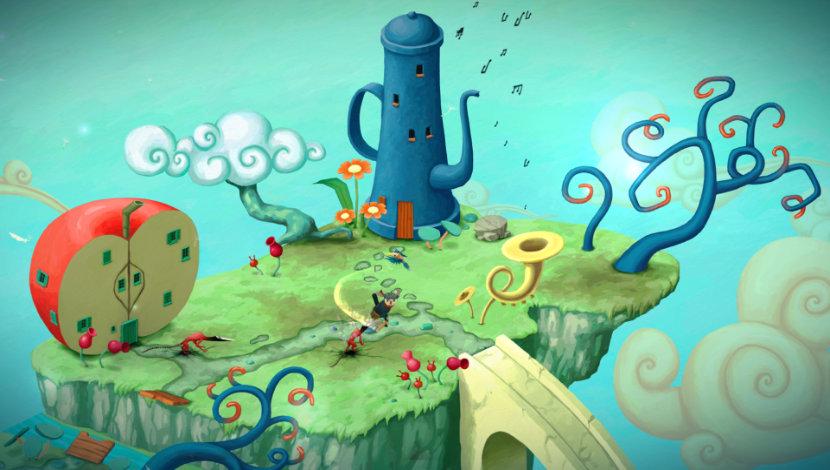 Dusty is a character as grumpy as he is chubby, but soon to be armed with a wooden sword that he uses to do battle with all kinds of creatures conjured up by his imagination. It all takes place in a colourful world with chirpy music that gives Figment’s game-world a decidedly childlike feel. This juxtaposition between the game-world, the actions of the player, and the themes the game touches upon provides a powerful way to express the message and raise the awareness of younger players to the challenges of grief.Players travel from house to house, each representing different emotions. There’s the house of anger, the house of sadness, and even the house of acceptance.
Monsters will try to send you into despair, which you’ll avoid by flipping them on their heads. 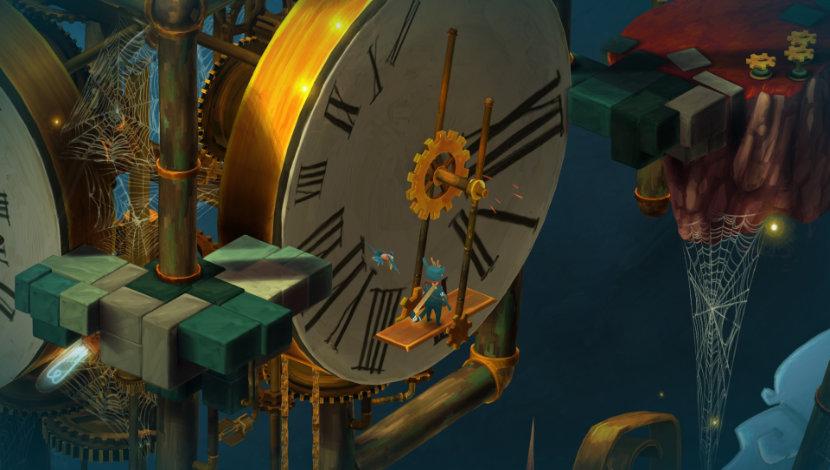 The graphics, the music, and the story itself all make Figment a real gem.
The gameplay is simple, perfect for introducing younger players to video-game conventions in a colourful, childlike world, and the songs that make up the soundtrack are worthy of the best musicals.

As if drawn by hand, Figment’s world is a beautiful one, seen in isometric 3D. Like in any good puzzle game, you’ll have to solve plenty of straightforward but satisfying enigmas.
Dreamlike, surrealist, and breath-taking, Figment is sure to be a hit with players who enjoyed Back to Bed (from the same developer), and Inside Out.

It’s a game that will help a lot of people see video games in a whole new light.