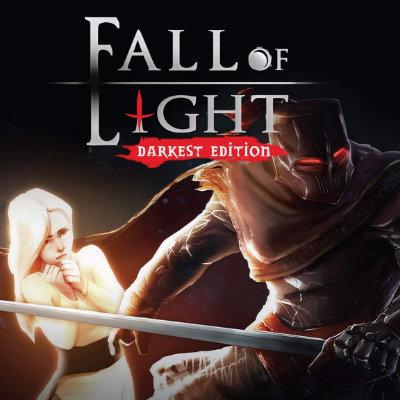 Some games are designed to be hard and to pose a real challenge, and plenty of gamers can’t get enough of them. If you’re one of them, you’ll love this top-down take on Dark Souls, even if the game does place more of a focus on storyline and narrative. You play as a father/daughter duo fighting to save the world from darkness. A game for gamers who don’t mind dying… all the time.

Some games are hard to classify, and Fall of Light: Darkest Edition, developed by RuneHeads, is one of them.
It’s an action-RPG with gameplay inspired by Dark Souls and camera angles taken from Diablo. This is no easy game.

The story in Fall of Light revolves around Nyx, a grizzled old warrior. When the world around him descends into darkness, he decides to take Aether, his daughter, to the safety of the last place on Earth that still knows light. The girl known as the "Indigo Child" must be protected at every step of this dangerous odyssey, but when she is alongside Nyx she boosts his attacks, setting his sword aflame. But it’s dangerous to leave her unattended lest she be attacked by the forces of darkness. You can also hold her hand to keep her by your side while you race through a world in ruin.

But of course, the further you travel, the more enemies you encounter, and the more fighting you’ll be forced to do. And the combat is genuinely challenging at the start of the game. 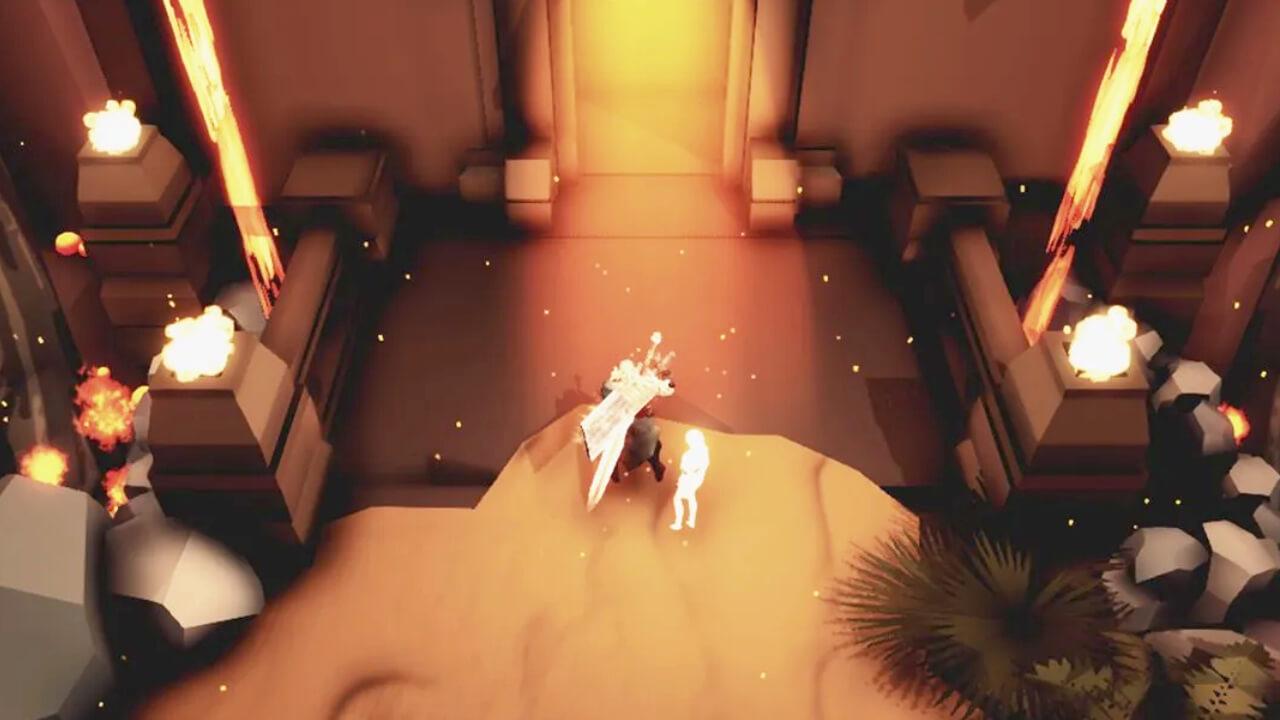 Our advice? Persevere! Once you’ve defeated the first boss, which is no mean feat, and earned the power to heal, Fall of Light becomes a much more balanced and less arduous gaming experience (apart from in Nightmare mode, which is worthy of its name).

Aether can also bless statues, which allows you to use them as save and respawn points, in case you die. And as you would expect from any game of this type, the story isn’t handed to you on a plate; you’ll need to unpick it by speaking to NPCs and exploring every corner of the world in order to find clues. 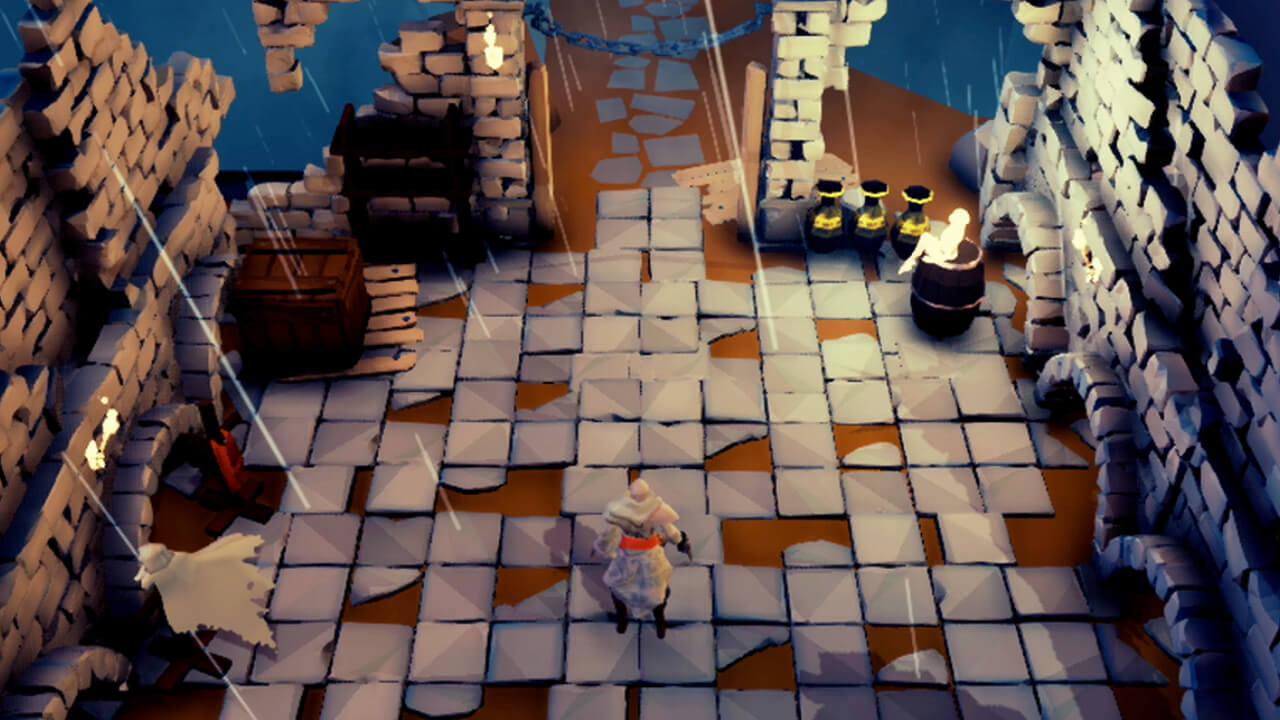 You will be travelling across a dark, dank world, unearthing plenty of secrets, and killing anything that stands between you and your goal. The controls are brilliantly responsive and striking is accurate on all sides, meaning that most failures are down to the player’s (many) errors.

Fall of Light is played from an almost isometric point of view. This works really well with the game’s graphics which, far from being revolutionary, are highly detailed and polished from start to finish. Just be careful because the terrain is often an enemy in its own right, and death by drowning or falling into a bottomless pit is always a possibility… 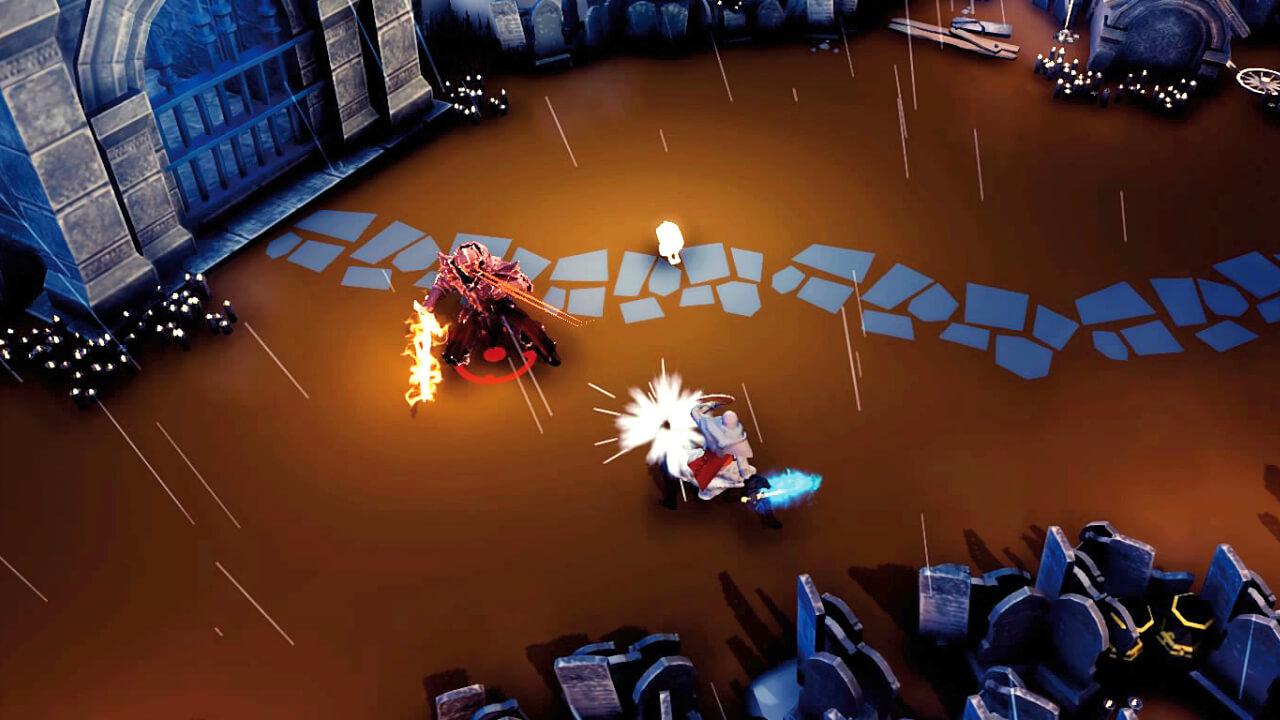 On top of all that, the enemy AI is smart enough to exploit your weaknesses if you let your guard down or find yourself in a testing situation. There are monsters and bosses of all shapes and sizes, some of which you’ll need to spend some time fighting before you start to understand how to undo them.

A demanding game for fans of a really hard gaming challenges.