David and Goliath in the land of the green giants. 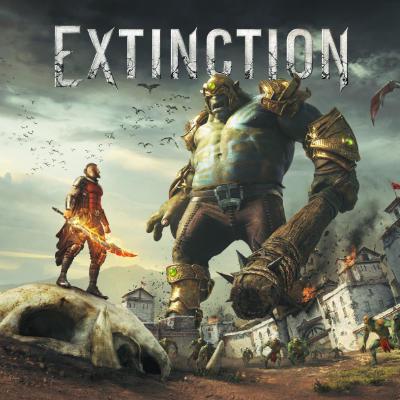 Imagine... you are all that stands between humanity and its extinction. To save us, you’ll have to face off against giant green titans whose only mission is to destroy our world. Things will immediately get gory and cartoonish all at once.

The Ravenii, an army of monstrous and bloodthirsty invaders each 20m tall, threaten to wipe out humanity. You play as one of the planet’s last Sentinels, a soldier called Avil.

To put it bluntly, you are going to have to fight, fight often, and for a long time, in a series of bloody battles.

Indeed, the only way to defeat these colourful titans is to cut off their heads... so there’s plenty of blood in store! And it’s no mean feat, because these giants are protected by armour fashioned from a variety of materials that do you no favours. 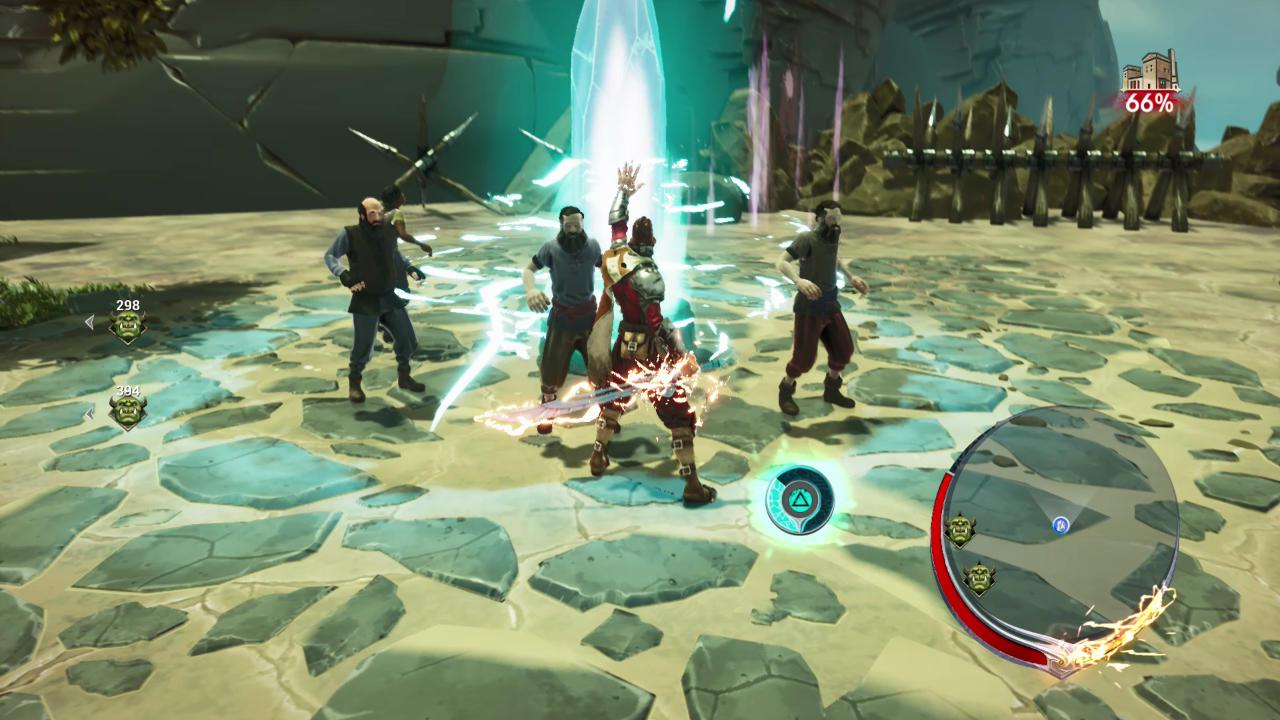 No need to worry, the combat in Extinction is not limited to aerial battles against the Ravenii. You will also fight them on the ground as you battle “jackals”, the giants’ minions who are of a similar size to you, and try to save civilians, which will let you refill your energy bar.

This game’s major strength lies in its RPG mechanics, with each battlefield being different from the next, guaranteeing a unique combat situation with every game.

What’s more, the extremely destructible scenery suffers the wrath of these titans in real time, as buildings crumble upon impact, leaving nothing more than piles of smoking rubble around you. And you can use the scenery to your advantage as you do battle. 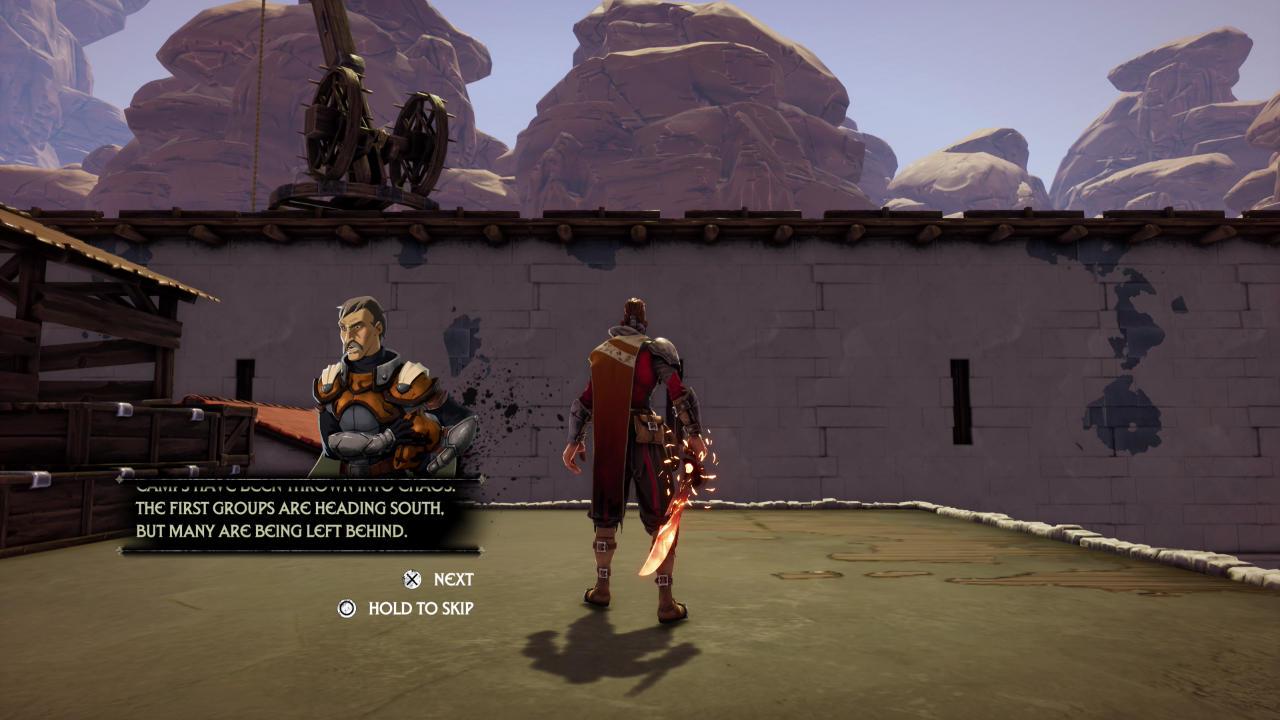 This is a straightforward game with cartoon graphics to let you blow off some steam. We loved the length of the game and the skirmish mode that recalls the arena in « Ryse son of Rome ».

Notes: The game is very easy to pick up. For players aged 16+.