Live and direct from World War 2. 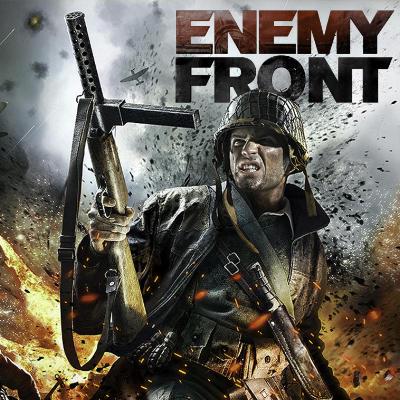 When you think FPS, you automatically think of AAA titles like Call of Duty and the Battlefield games, hogging the sales. But that didn’t stop CI Games from bringing us Enemy Front, a first person shooter with four different ways to play.

No, FPS aren’t all just “games for thugs”. The proof? Enemy Front is an FPS set during World War 2, where you play as a member of the Polish resistance, with much of the action taking place in Warsaw. Some levels, however, take you beyond Poland’s borders, like the one where you have to save Lucie Aubrac, a teacher and member of the French Resistance, on her home turf.

Enemy Front’s appeal, then, lies in its gameplay. The developers have designed each mission so that it can be approached in a number of ways (some linear, some more open-world). 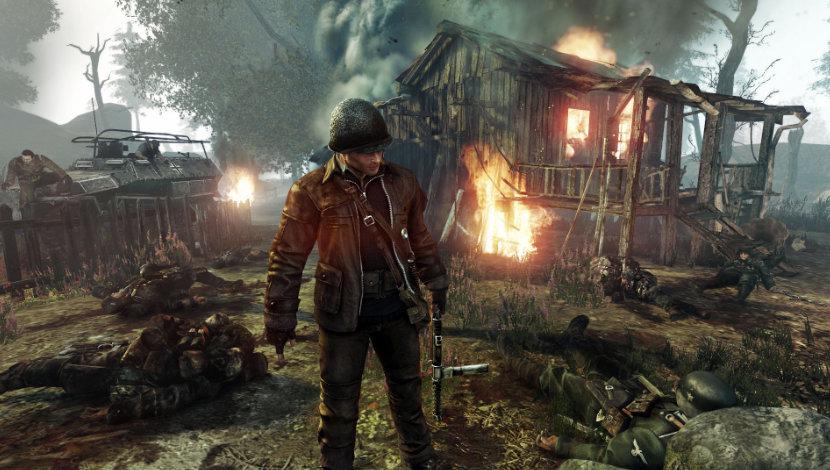 It’s up to you to play them as you see fit. If you like, you can head off to the front with a flower in the barrel of your rifle and a knife between your teeth without giving it a second thought, and try to run full pelt through the bullets (sometimes it works!), but at Blacknut we have a soft spot for the other ways you can play each mission.

For avid snipers, you can slowly advance as you pick enemies off from a distance.

Stealth players can slither through the shadows, or sneak along behind a truck to slit a few throats. But it won’t always be easy, and you’ll need to show patience and forward planning if you are to move in on your target without being spotted by a Nazi machine gun nest.

The most interesting way to play, though, can be experienced through the sabotage mechanics. You need to take note of the beautifully rendered game environment to take advantage of them. But don’t worry, there’s plenty of spots to hide, move, and search the surrounding buildings. 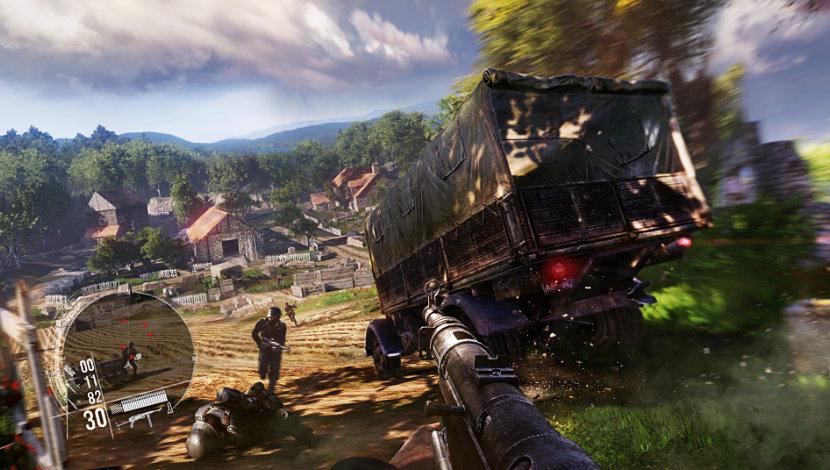 Each level also has a selection of secondary objectives, like saving a group of resistance fighters before they are machine-gunned.

In terms of difficulty, easy mode can be enjoyed by anyone new to FPS games, and expert mode is far from impossible. The single-player campaign will take you around 15 hours to complete if you take the time to explore the game world, far longer than any instalment of Modern Warfare!

Enemy Front is in a similar vein to Medal of Honor. It has the atmosphere of wars-gone-by with beautiful graphics and a level of difficulty that’s perfect for players who hate losing their minds as they spend hours trying to finish a single mission.