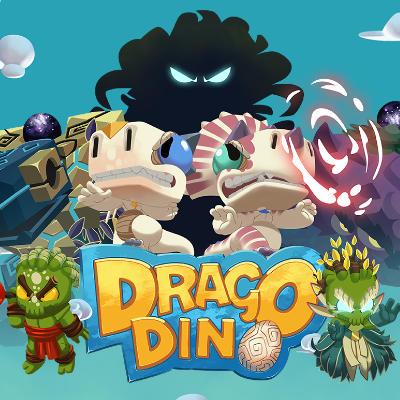 A cute 2D platform game where new levels are procedurally generated every time you play! This means it’s impossible to get bored of the game, because you’ll never revisit the same level twice! You can play in single-player mode, but the two-player co-op mode is even more fun!

What if the dinosaurs and dragons never really became extinct? What if they were still up there in the sky? Millions of years ago, Earth was struck by a meteor more powerful than anything that had come before.

The impact was so violent that it sent pieces of the planet flying up into the air! And thanks to a natural magnetic field, the animals living on these pieces of land were also able to survive. 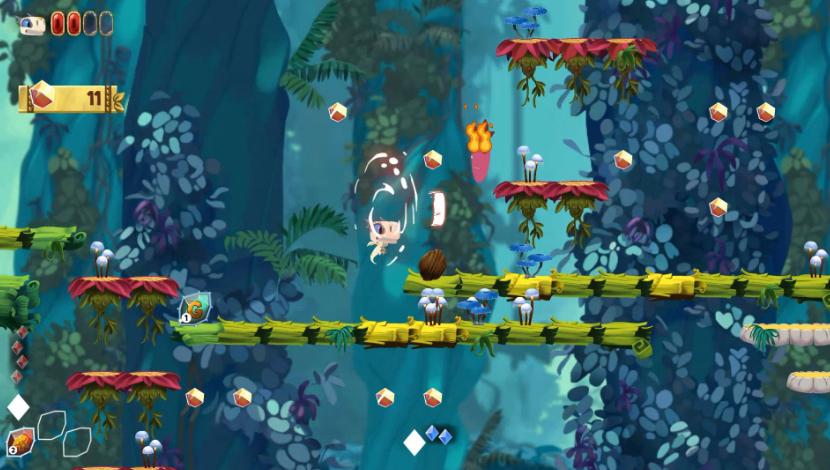 Their number included the Drago Dino! Adorable flying reptiles that lived in perfect harmony before disaster struck. Two of them were Bob and Lola. They lost their only egg in the disaster, and it’s up to you to help them find it! With one or two players, you’ll be exploring colourful levels filled with crystals, treasures, and some very strange mechanisms.

Your job is to find out how to use them (or even just turn them off!) while completing your objectives and defeating your enemies one by one. But be careful, because they are sometimes very well hidden and it will take some skill and some courage to make it to the end. But that’s no challenge for a Drago Dino! 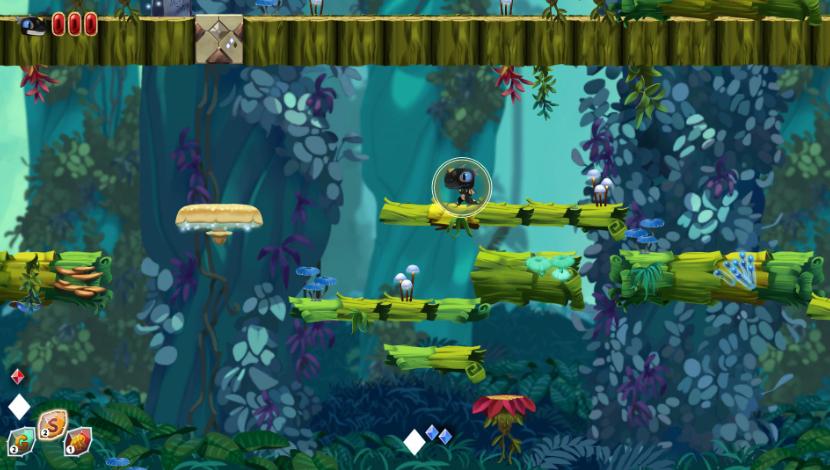 Drago Dino is a blend of 2D platformer and Rogue-like developed by TealRocks Studio. Its gameplay is similar to the great classics of the genre like Mario and Donkey Kong, and its controls (jump, run, shoot, and glide) are easy to master. But don’t be fooled by its childlike graphics and cutesy little monsters! Drago Dino is a hard game to master and even the most seasoned gamers will leave a few scales behind.

But that’s exactly what’s so good about Rogue-likes! The procedurally generated levels mean that you will never meet the same enemies in the same place twice. 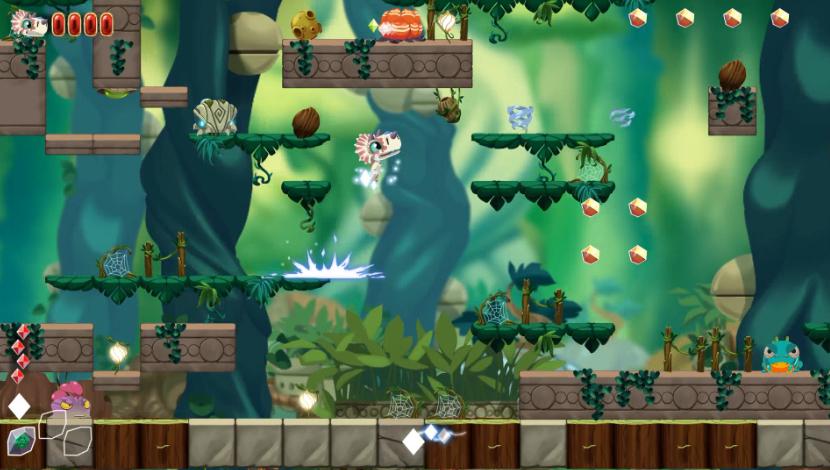 This means you’ll need to change your strategy every time and accept that dying is an integral part of the game! Your objectives, though, remain the same: you generally need to take out a particular enemy, collect crystals, or use a specific power. There are also active and passive powers to collect in each level.

In an unusual but enjoyable twist on the gameplay, you can play in two-player co-op mode on the same screen! This means you can create your own strategies of attack, revive your partner and perhaps even hope to vanquish this mysterious threat that lies heavy on the Drago Dino world!

At Blacknut, we definitely recommend playing this genuine co-op mode in this colourful, fun, and hardcore platformer. Proper old-school gaming!