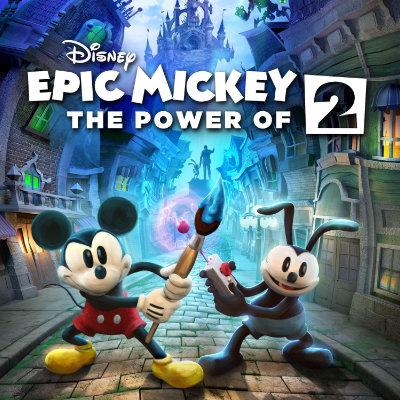 The quality graphics, storyline, and music, along with the original gameplay, all put Epic Mickey 2 in a class of its own in the video-gaming world, and one to experience right away...

A real adventure and exploration game for kids and adults alike.

More than just a video game, Epic Mickey 2 is a bona fide Disney creation in its own right. The music and its animated musical style make it a must-play for fans of the little mouse with the great big ears.

You play as Mickey in the desolate Wasteland, where you encounter Oswald (the lucky rabbit, created just before Mickey and abandoned by Walt Disney against his will). In many ways, Wasteland bears an uncanny resemblance to Disneyland, except that it was created as a home for the forgotten characters from the Disney universe. 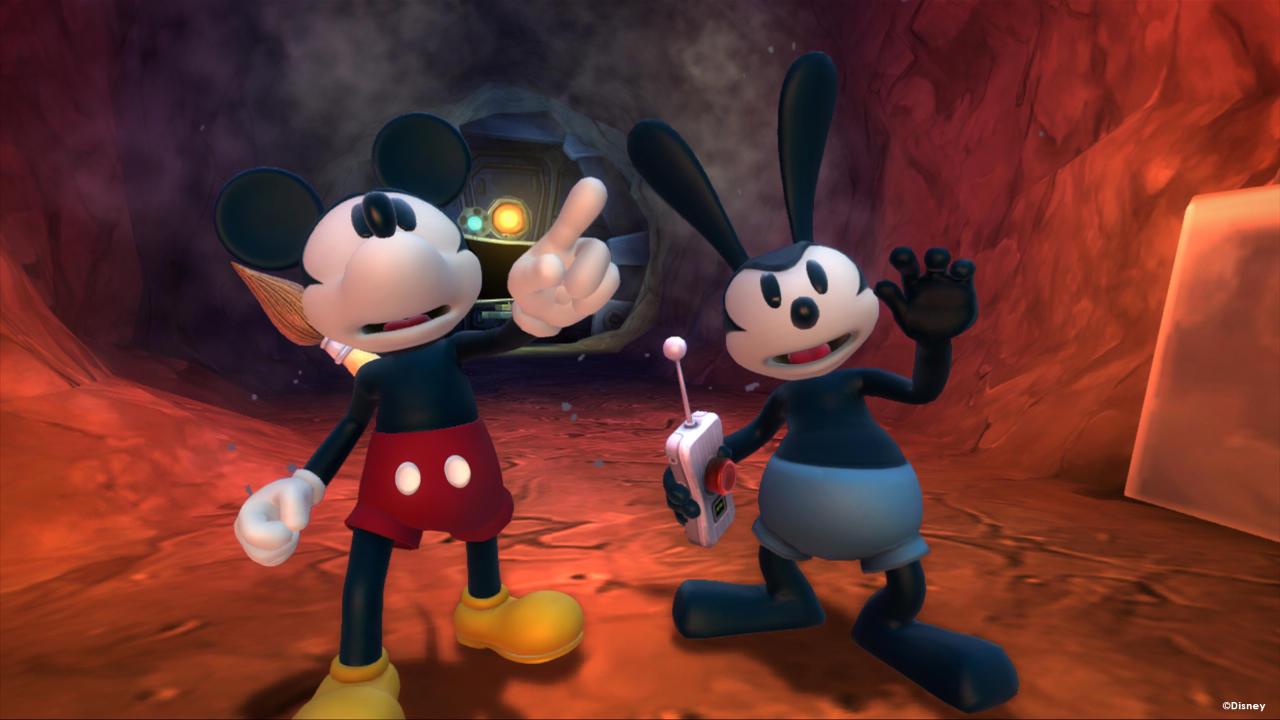 Mickey uses a (paint)brush to make objects appear or disappear as he moves through the world, a dark world filled with references.

Packed with hundreds of nods to every facet of Uncle Walt’s universe, the game has plenty to keep fans happy, who will be delighted at the attention to detail on display from Junction Point Studios. Anyone expecting a straightforward platform game is in for a surprise. Epic Mickey: The Power of Two, is a real 3D adventure and exploration game for kids and adults alike. It is the brainchild of Warren Spector, one of the grandfathers of video-gaming, who found working on Epic Mickey genuinely fulfilling:

What do family and friends really mean to you? What does rejection feel like? Everyone has asked themselves these questions. Would it be better to be strong and alone, or less powerful and surrounded by friends? I wanted to show that a Mickey Mouse game could still ask the big questions! (Warren Spector) 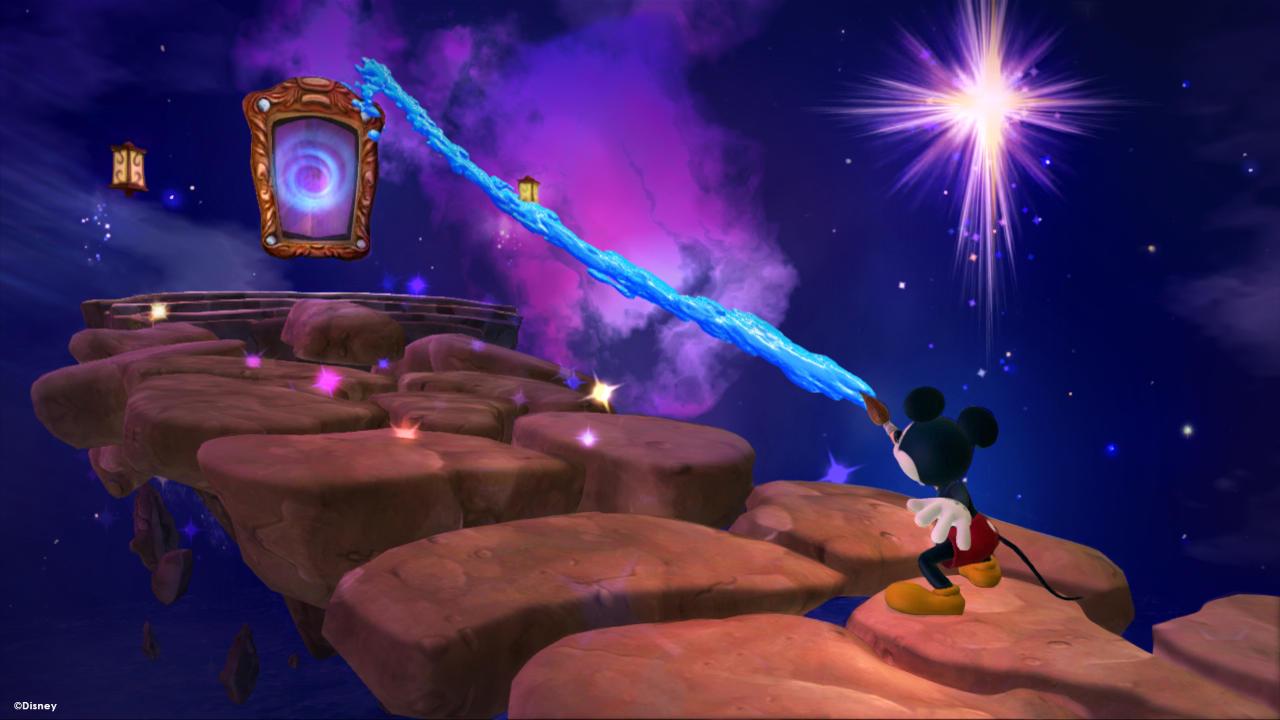 With a system of decisions and consequences, just like Deus Ex (another Warren Spector game), Epic Mickey 2 is a big game filled with colour, and one that promises plenty of fun for the whole family, while being complex enough to appeal to real gamers.

Over the course of this game that embodies pure family entertainment, Spector pays tribute to the cast of supporting and forgotten characters, and Oswald the Lucky Rabbit, in particular, who would be in Mickey’s place today if he had not been torn from the hands of Walt Disney. And of course, this game with its ensemble cast is packed with tributes to Disney, some more mischievous than others, all tied together by masterful artistic direction.