In space, no one can hear you scream. 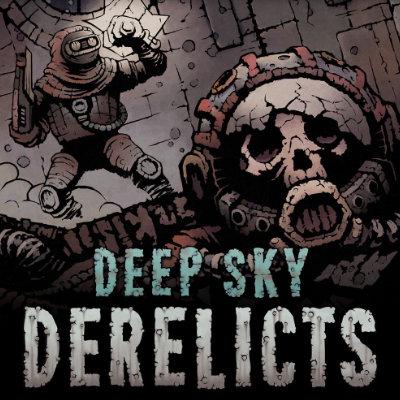 There’s no other game like it. Cards, kitsch comic book graphics, a lot of exploration, and turn-based combat: this dungeon crawler set in outer space is full of surprises. You’ll play as a team of three scavengers on a mission to get their hands on a mysterious alien ship. A tactical RPG with a style all of its own, and one that promises hours of playtime.

In this darkest of dystopian futures, the Earthlings have conquered the whole galaxy. All that remains of other galactic civilisations (now disappeared) are space stations and (almost) abandoned space ships. But these ruins conceal a closely guarded secret that could pave the way for peace and prosperity. For human society is now split into two separate classes... and you aren’t part of the fortunate one!

In Deep Sky Derelicts, you play as three poor stateless pariahs forced to salvage wrecks to eke out a living. They dream of becoming privileged citizens, among those who live on the surface of an inhabitable world, enjoying fresh air, water, and non-synthetic food. 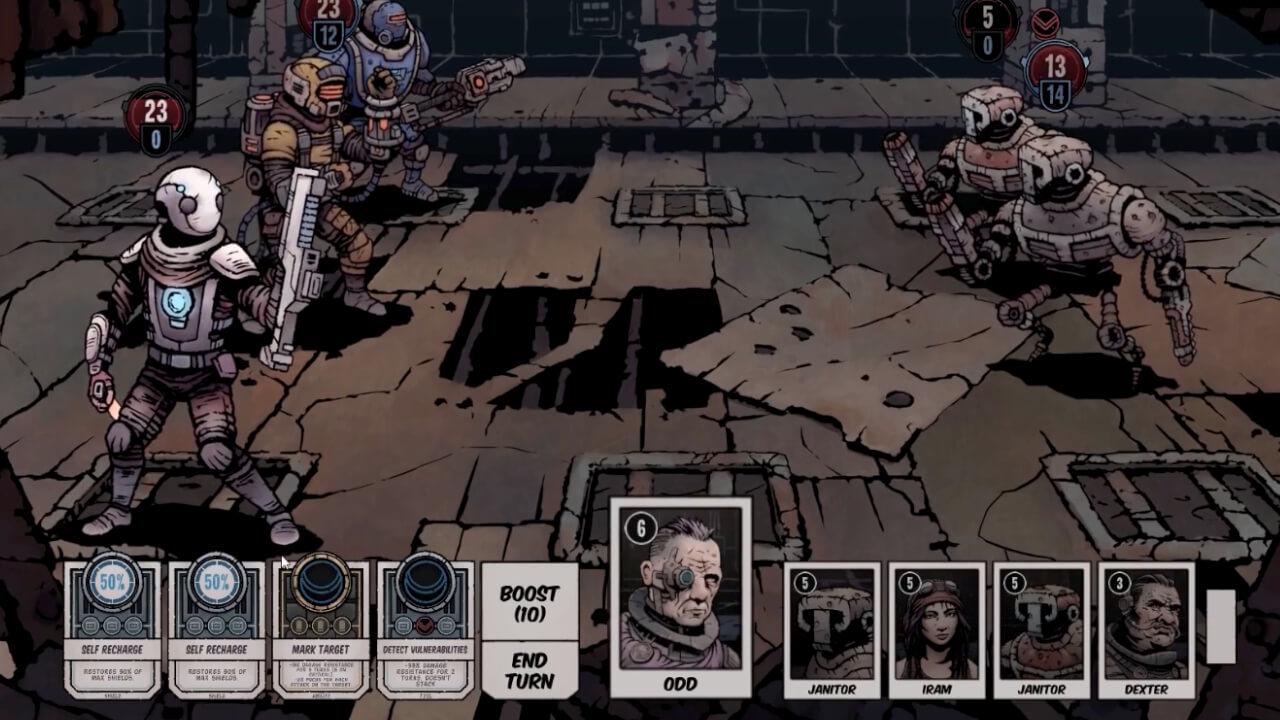 The story is told through sepia-toned comic book illustrations, with speech bubbles for dialogue. It’s original and a totally amazing experience!

In this game that’s part roguelike and part card game, you play as a team of three mercenaries out to salvage data from space wrecks as you work your way through squares on a grid. Each square may contain a fortuitous event – like some treasure – or nothing at all, or perhaps something that wants you for dinner. This is where the combat comes into play, which unfolds through a virtual deck of cards.

Each character has their own deck that they can use according to their class, mods, abilities, and weapons. 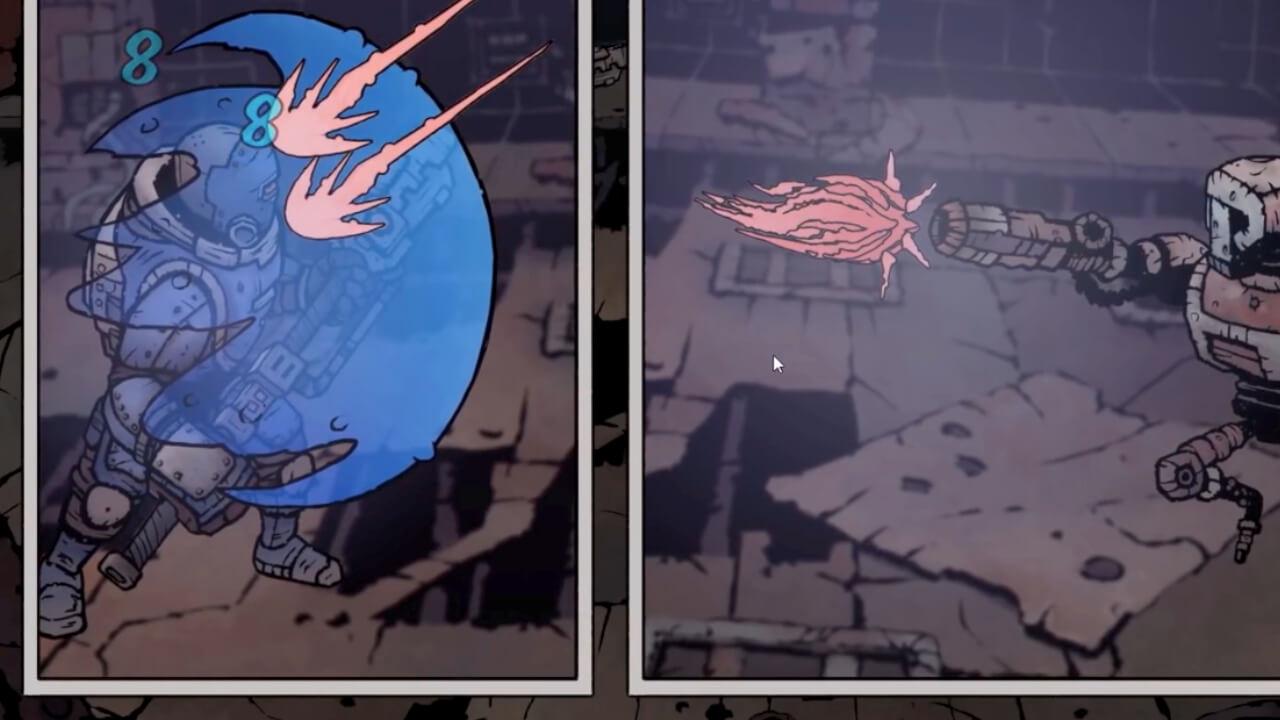 But never fear: Deep Sky Derelicts: Definitive Edition isn’t too hard to get to grips with. It seems complicated at the beginning, but you’ll soon be having fun on an adventure with your three heroes. The only difficulty lies in compiling your deck of cards, which grows as new cards are discovered.

Our tip: to optimise your deck, we’d advise you to remove any item that doesn’t offer much of a boost to your attributes. Don’t invest points in skills that only offer slight benefits. This will give you a better chance of finding cards that will really give your group a boost. And remember to equip your shields!

Energy is your lifeline. If you run out, then the health of your characters starts to melt away. You’ll often have to fall back to landing zones and head back to the hub to replenish your energy, but you can also use consumable batteries to keep yourself afloat. In an emergency, you can also recycle items to help you on your way. 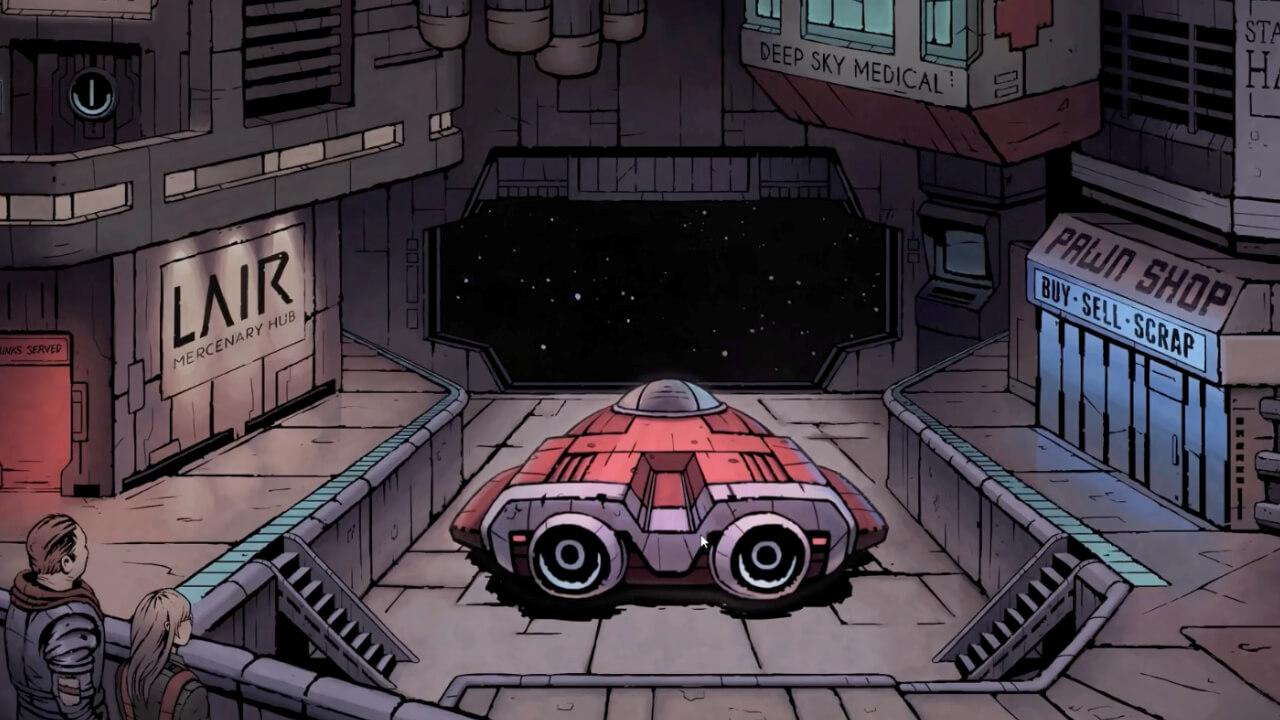 There’s also an arena mode that really changes things up, tasking you with finishing the level in one push without returning to base. Our advice is not to try it until you’ve completed campaign mode at least once.

But when it comes to replayability, this game is great! As the levels are all procedurally generated, and you can opt to play in Hadcore mode, you’re guaranteed hundreds of hours of playtime. However, always remember that death is always permanent.

Here, Finnish studio Snowhound Games has brought us a game that is well worth giving a shot of you’re a fan of tactical games. It’s a high-quality game that serves up something genuinely new.