Alone against the swarm. 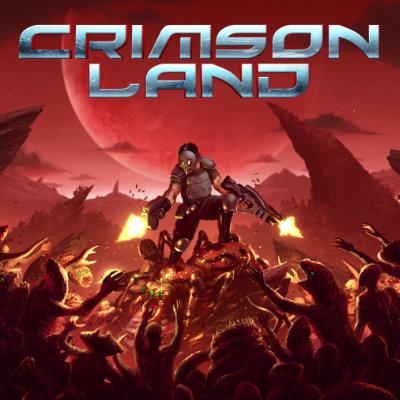 Attacked by hordes of monsters, you’ll be mowing down hundreds upon hundreds of creatures with a machine gun, then a flamethrower, and all kinds of other rifles. What began as a student project called Crimsonland evolved into this very fun game, which then gave birth to its own game studio… It’s got a great story, and in co-op mode it’s constant fast-paced fun.

This is the remastered version of a game first released in 2003. Crimsonland is a top-down shooter that started life as a student project, but that was such a huge hit on PC that a company was formed to support it. That turned out to be the beginning of a fine venture indeed, because since then, 10tons has gone on to make dozens of games that we are proud to be sharing with you here on Blacknut.

Set in a deliberately spartan and retro game world, you’re let loose on a playing field that will soon be swarming with monsters inspired by our deepest fears: insects, zombies, aliens, spiders, and other demons will fall upon you to send you into the afterlife without further ado. To survive, you’ll need to collect the weapons that you’ll find on the corpses of your vanquished foes, before redecorating the screen in bright splashes of blood. 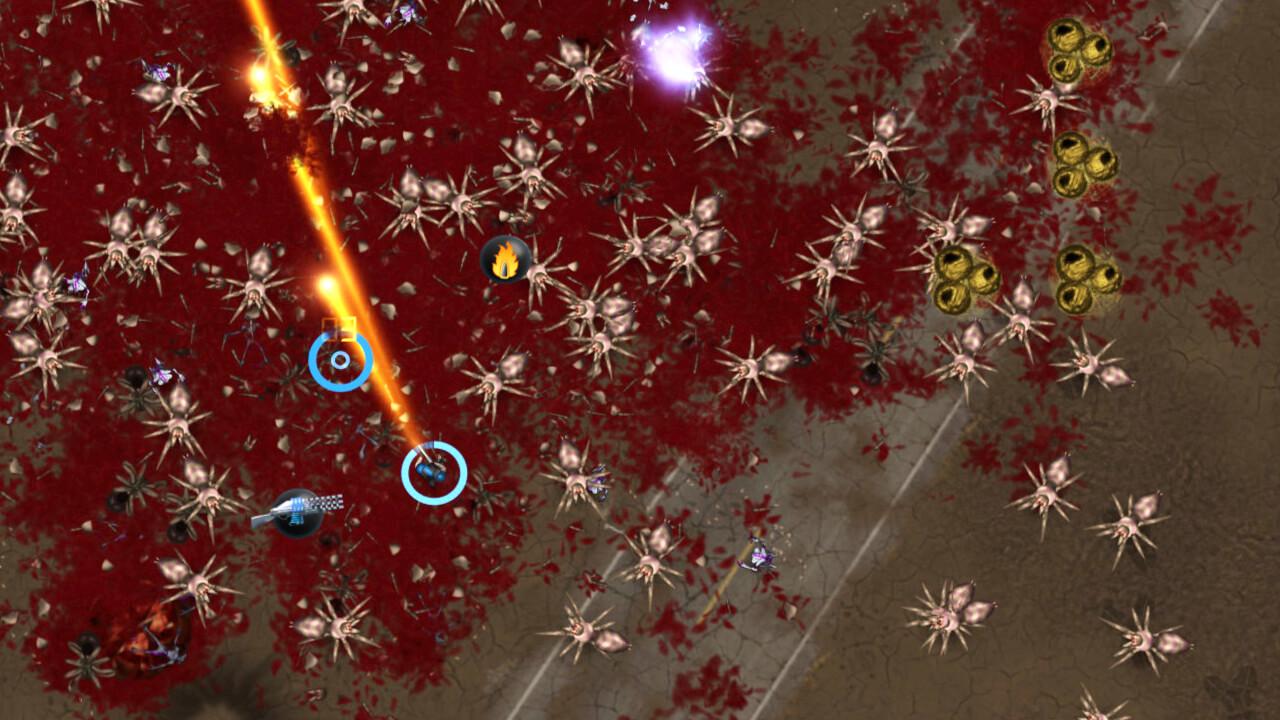 This shooter, which never shies from the red stuff, is a great way to blow off some steam with its authentic arcade vibes. You’ll even find a little nod to the original Doom, which will be immediately recognisable to its fans.

You’ll be regularly advancing through the levels and picking up new skills that boost one attribute or another, and which might just enable you to make it to the end of the game. Your arsenal is paltry at the beginning of the game, but as you progress you’ll move on from the basic machine gun to a flamethrower and all kinds of plasma rifles. There are a total of 30 ways to notch up a kill, from the most straightforward to some far more original means. 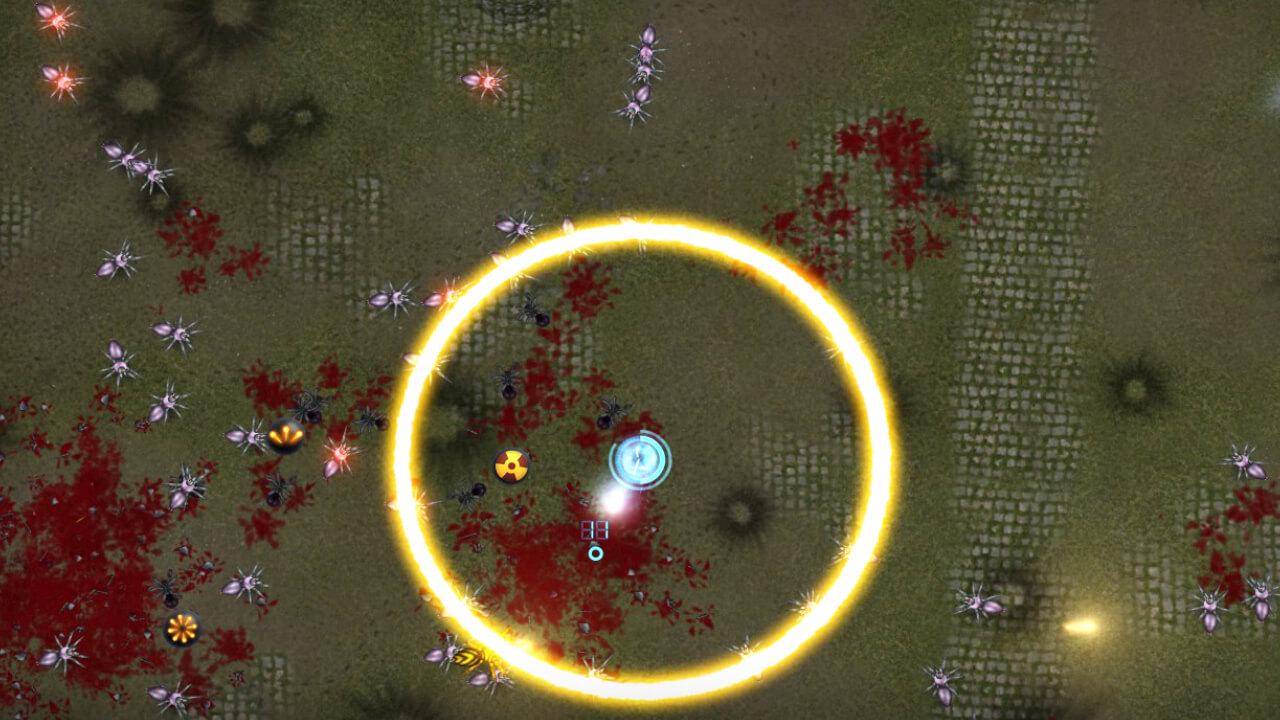 There are also lots of different bonuses to pick up on the battlefield, and by the time you’ve finished the main game and unlocked all of its content, you’ll have amassed a good 50 of them. You can then put them to use in the game’s alternative modes (Survival, Rush, Blitz, etc.) that see you start with nothing, just like in an RPG.

Our advice? Shoot first at the enemies that move parallel to the edge where you are standing, because these will be in your way when you switch edges. It takes a bit of skill, but it works! 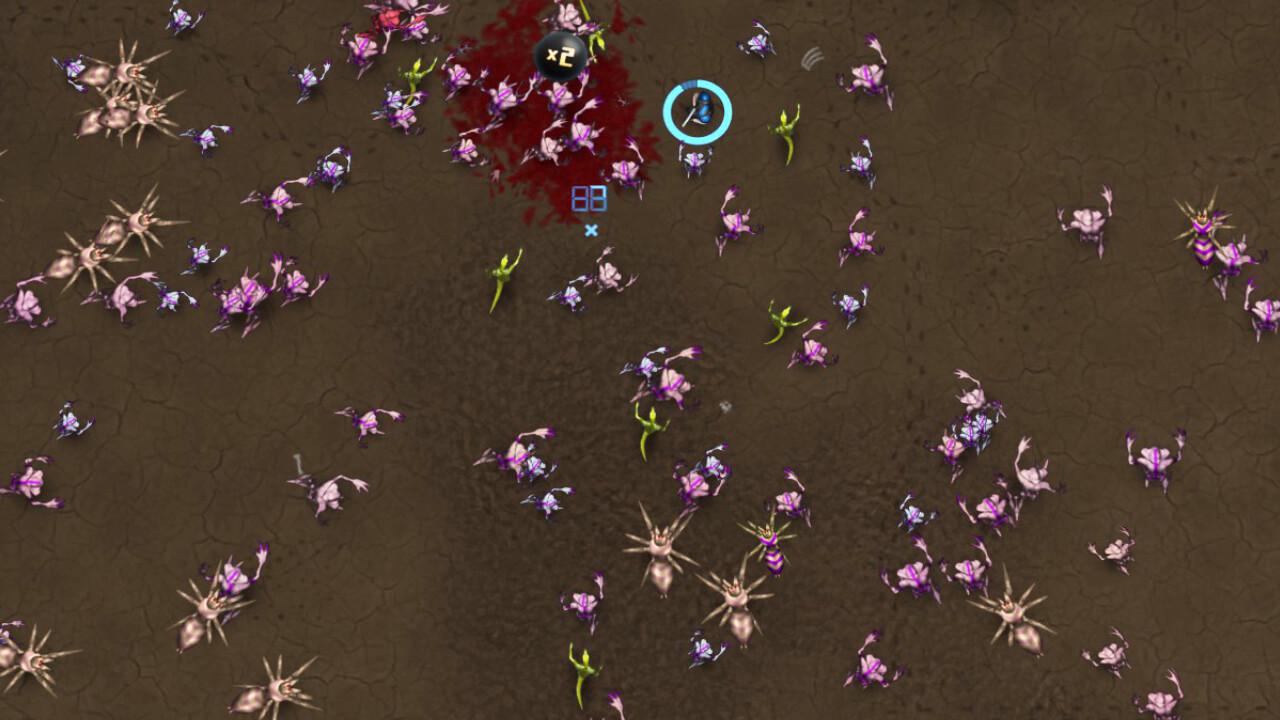 In single-player, we’ll warn you from the outset: you’ll be overwhelmed by the waves of enemies that pour onto the screen, but with local 4-player co-op, Crimsonland turns into the perfect game for a night on the sofa. While it’s a frequent (and funny) occurrence to lose track of your hero amidst all of the bloody chaos, playing alongside other people adds a tactical layer to the game when you stray too far from your friends’ adversaries. Pure fun!

Crimsonland does exactly what it says on the tin, with no frills and no pretensions, and it does it very, very well.

And that’s all there is to it. No more, no less. No storyline, no hassle, no complex options, and even less pontificating…

But it’s a weirdly addictive game, and one that’s loads of fun. And this is also why it is frequently released on new consoles (even the Nintendo Switch). A game that gets you hooked!