A princess, her prince, and one very chatty chariot. 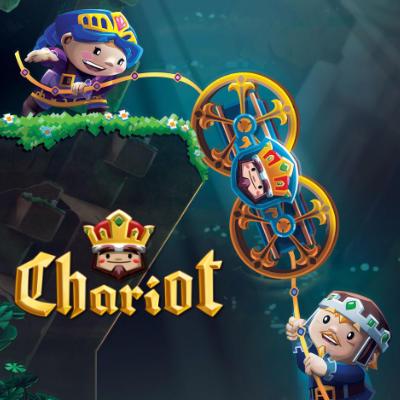 A crafty, cute, and captivating platformer best played in co-op mode with a friend. A dash of physics and some great gags cap it all off.

Chariot is a comical co-op platformer in which a brave princess and her fiancé are tasked with leading a chariot through a series of ancient caves, each filled with enemies. The chariot is, in actual fact, a hearse, and more precisely the hearse of your father, the former King, who’s never short on words.

The chariot’s long, wide wheels help the game’s heroes to climb walls and cross crevasses, and to pull off all kinds of risky manoeuvres. Grab the riches found in the walls of the game’s plentiful levels, find the exit, and avoid (or fight off) the tenacious robbers who will try to make off with your plunder! You’ll need dexterity, coordination, and daring to overcome the game’s mechanics and physical dangers, because the chariot is often off balance and you must never let it fall. 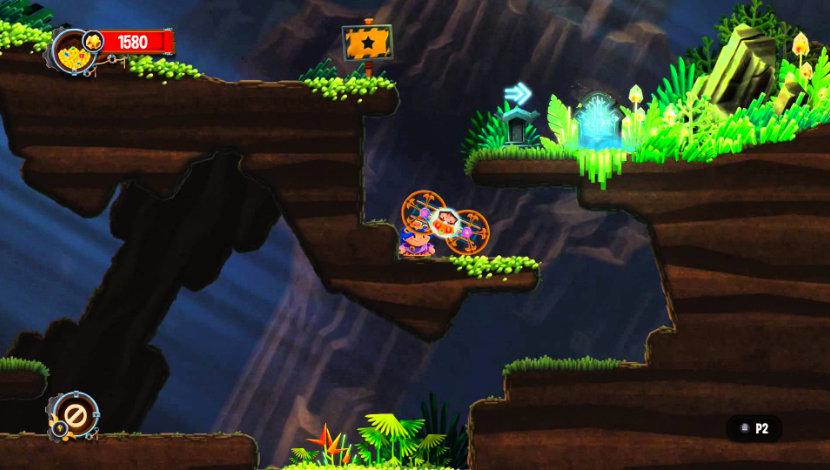 To move the chariot, you have a few different options. You can push it by hand, but the best way is to pull it with a rope. This technique will become the go-to for your most impressive manoeuvres throughout your odyssey. The game’s levels are anything but: in Chariot you will have to navigate up and down, face dangerous obstacles, and rely on your wits when the game turns into a puzzle. Sometimes you will need to weigh down a switch to open a door or two. Sometimes the ground can’t bear the chariot’s weight, and you may even get bogged down in lava.

As if that didn’t keep you busy enough, you’ll also have to put up with the King’s jokes: he might be dead, but he still has an opinion on everything you do.
He complains about all of your decisions, rants when you fall, and could even be the king of ungrateful comments.
You’ll also have to be careful not to make too much noise when you land after a fall: it will attract bats and other enemies who are after your loot. Another problem: you have to constantly guard the hearse and the treasure it has collected until your adventure is over, so you can never let it out of your sight. 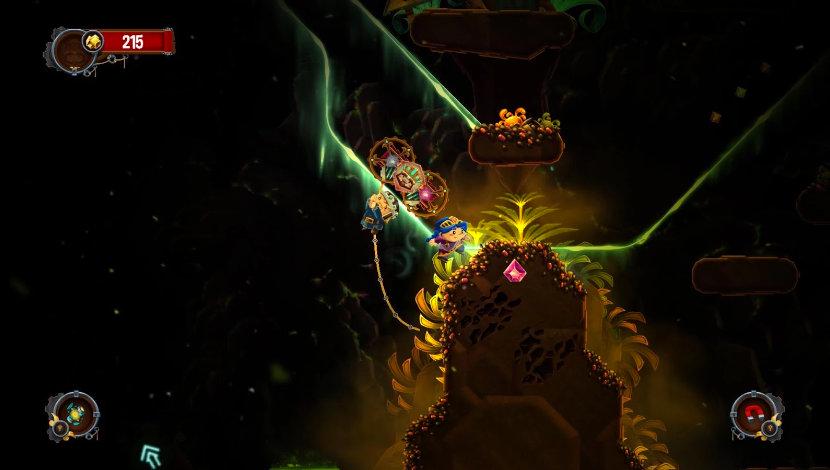 You can enjoy the adventure in single player, but Chariot really shines when played with a friend. Each player character has their own attack: the Princess throws blades, and her fiancé makes good use of his catapult.
There’s a map to help you find your way, because each level contains different passageways with varying levels of difficulty.

Chariot is a cute platform game that is free from violence, but you’ll still feel the suspense when the King is about to tip into the void. Each level only takes about half an hour to complete, making it the perfect way to get a quick blast of fun in co-op with a friend.