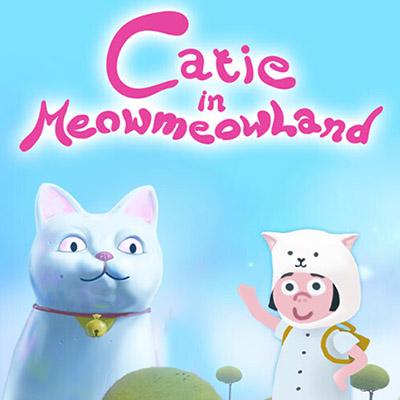 A little girl, a rabbit, and a cat in a surreal game world. No, this isn’t Alice in Wonderland, but it’s not far off! This point and click game is a quirky little gem that’s not to be missed. Playable from age 8+, it will also be popular with adults for its eccentric puzzles set in a universe reminiscent of Studio Ghibli. It’s beautiful, funny, and quirky. A little marvel of a game!

Here’s an original, madcap, colourful, and surreal game for you… A game it’s impossible to pigeonhole! In the words of its developer, ARTillery, Catie is a point and click adventure game set in a strange world inhabited by cats. And that turns out to be a fitting description! Just like the famous Alice, Catie falls down a rabbit hole that transports her to Meowmeowland, and the game has plenty more surprises in store for fans of bizarro game worlds. 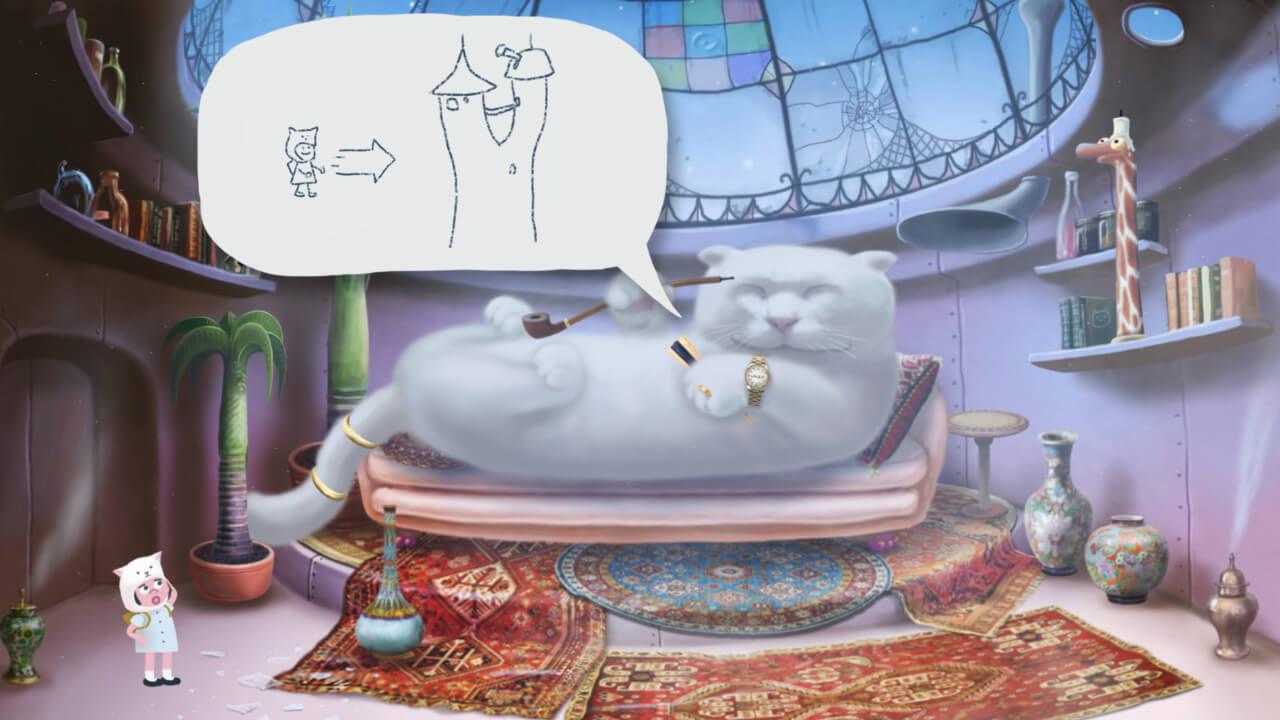 Let’s begin with the gameplay, which isn’t your standard point and click fare. It features random events, and you can also interact with the environment while Catie makes her way through the world, which is unusual for the genre.

We’d advise you to adjust the cursor speed in the Options menu. It will make your life easier. 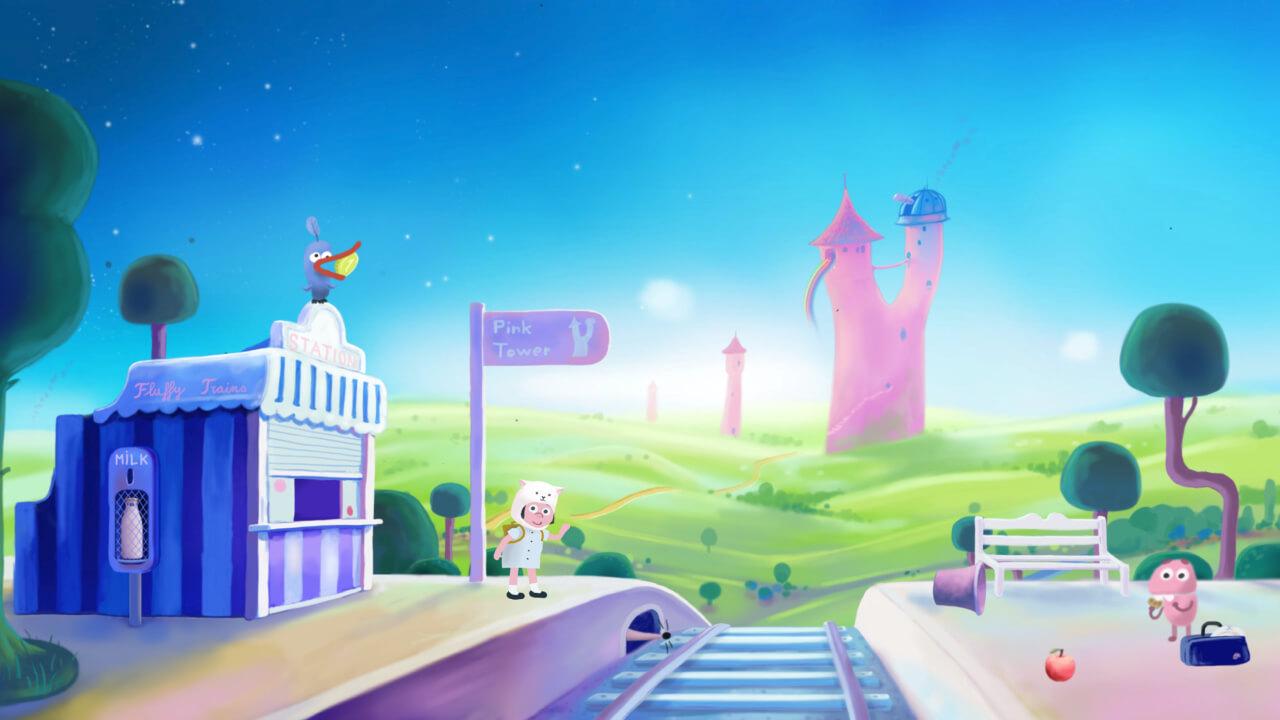 When it comes to dialogue, the game also opts for a refreshing approach. When a speech bubble appears (which is not that often), it contains pictures rather than words. Characters share their feelings through gestures or grunts rather than through lines of text. So players don’t need to be able to read!

Visually, the game is off-the-wall, like a cross between Salvador Dali and Peppa Pig! The overall effect is something like an interactive picture book. It’s all very colourful and really well done. 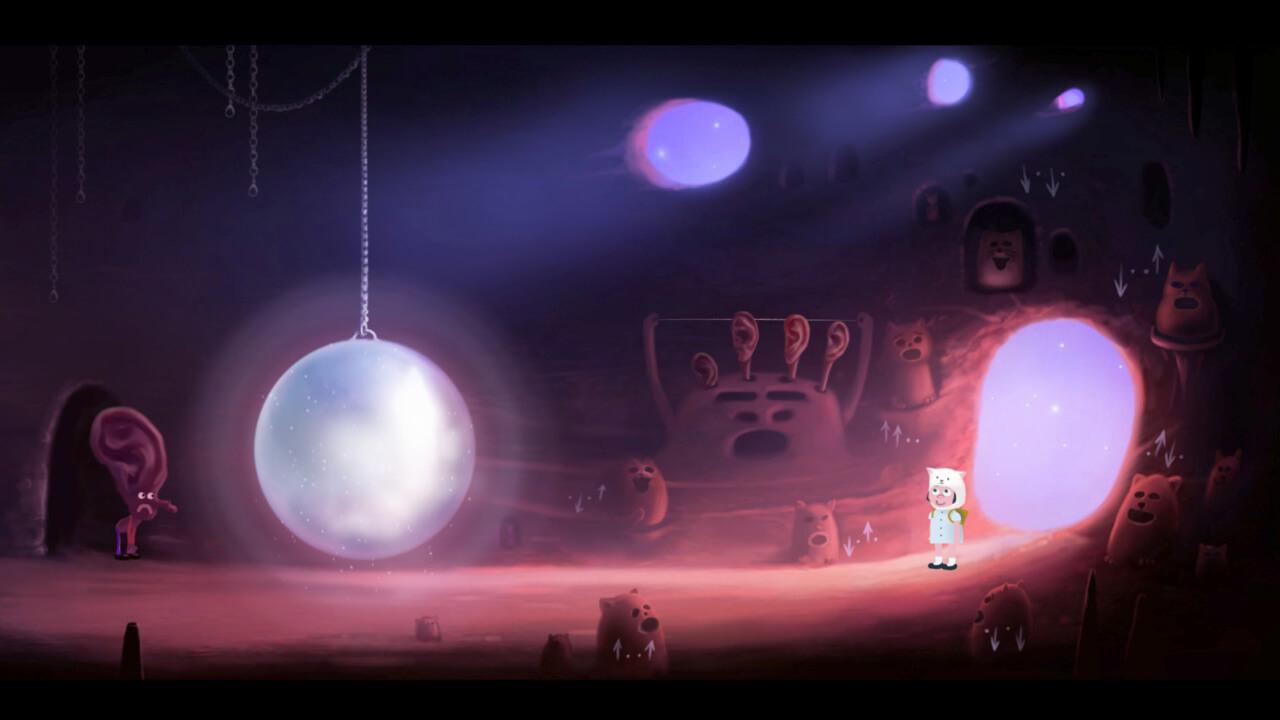 The game is also filled with references to Alice in Wonderland, like the big white cat who looks like the caterpillar. Then there’s the quotes "Eat Me" and "Drink Me" which are incorporated into the game’s puzzles, and transform Catie and other characters into all kinds of weird and wonderful things! There’s also some unexpected references, like "The Rock", who is clearly based on Dwayne Johnson and really adds to the game’s fantasy vibes.

When it comes to puzzles, Meowmeowland is just like Wonderland in that normal logic doesn’t seem to apply. This means it’s pointless trying to use your logical brain to solve the puzzles found in this surreal, dreamlike, amazing, and bizarre world. Instead, try the most outlandish tactics and you’ll often be rewarded. 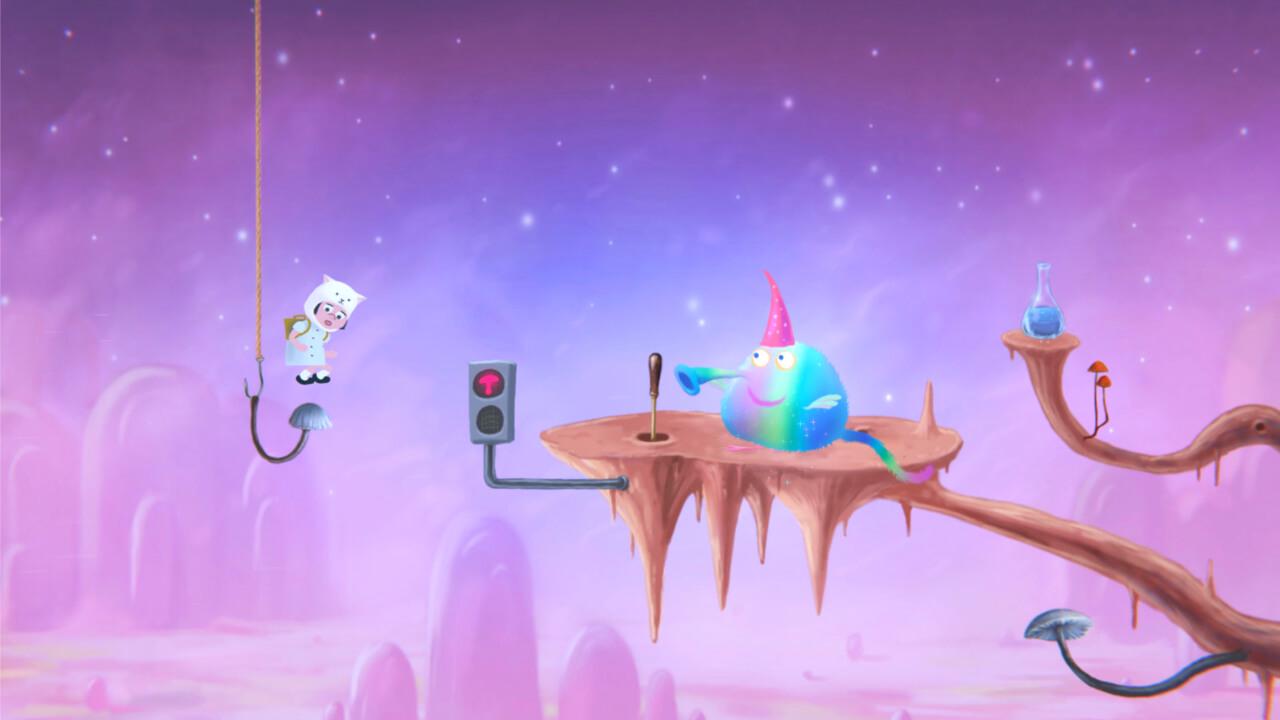 And good news for parents, this is a game you can leave your kids to play without any worries about what they’ll see. There’s no violence, no overly difficult puzzles, and no need for lightning fast gamepad skills to win the day.

We recommend this game to anyone looking for a quirky game world, and anyone who enjoyed benchmark titles like The Neverhood and Machinarium.