An RPG for budding "catventurers" 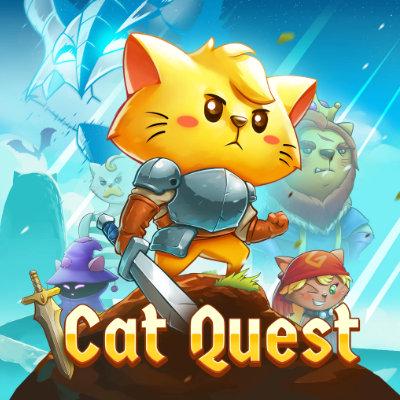 A great game for an introduction to RPGs: for younger players who will appreciate the simple mechanics, as well as for anyone else looking for a cool game that gets more challenging as you progress. It's adorable but not as easy as it seems once you reach the later quests. A cute game, but it's got claws!

Don't make the mistake of thinking that Cat Quest is an RPG parody: it's a quality real time adventure game set in an open world spanning two dimensions. It's the perfect game to discover the world of RPGs for gamers of any age.

The story starts thus: you're an adorable little cat, but you're also the chosen one, the only being able of doing battle with dragons, and you're off on a grand adventure to find your kidnapped sister! 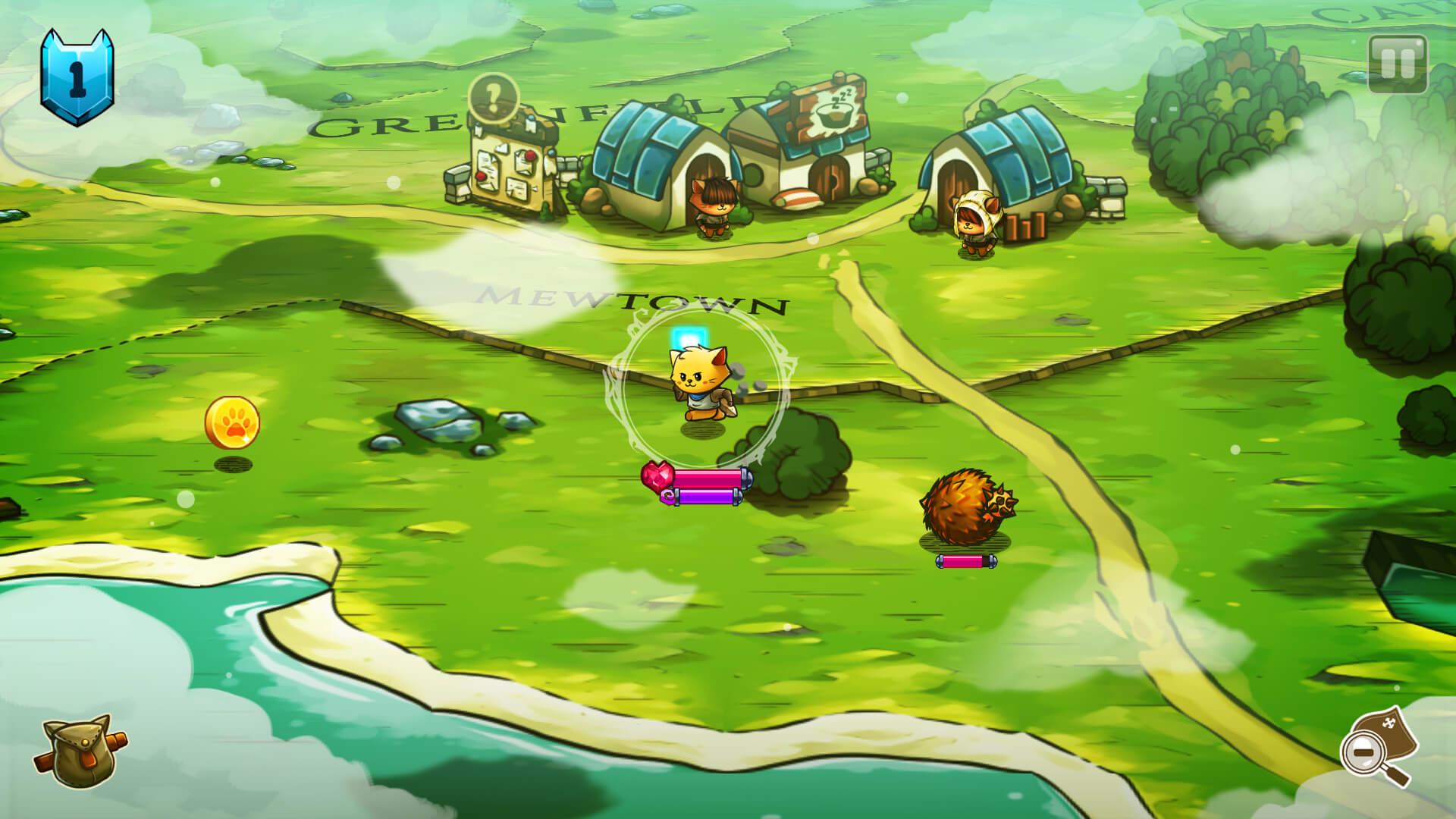 Okay, okay: we'll admit it! The opening storyline is just a pretext for setting off to explore the game's colourful map, which is unique in that it's designed like a real map, with the names of locations and towns printed on the ground.

That's the first original feature in Cat Quest, that you play directly on the map, and it's a design choice that does wonders for the gameplay. And the gameplay that's simple but very effective: whether you're playing with a controller or keyboard and mouse, it's always easy and fun to switch between combat and magic. 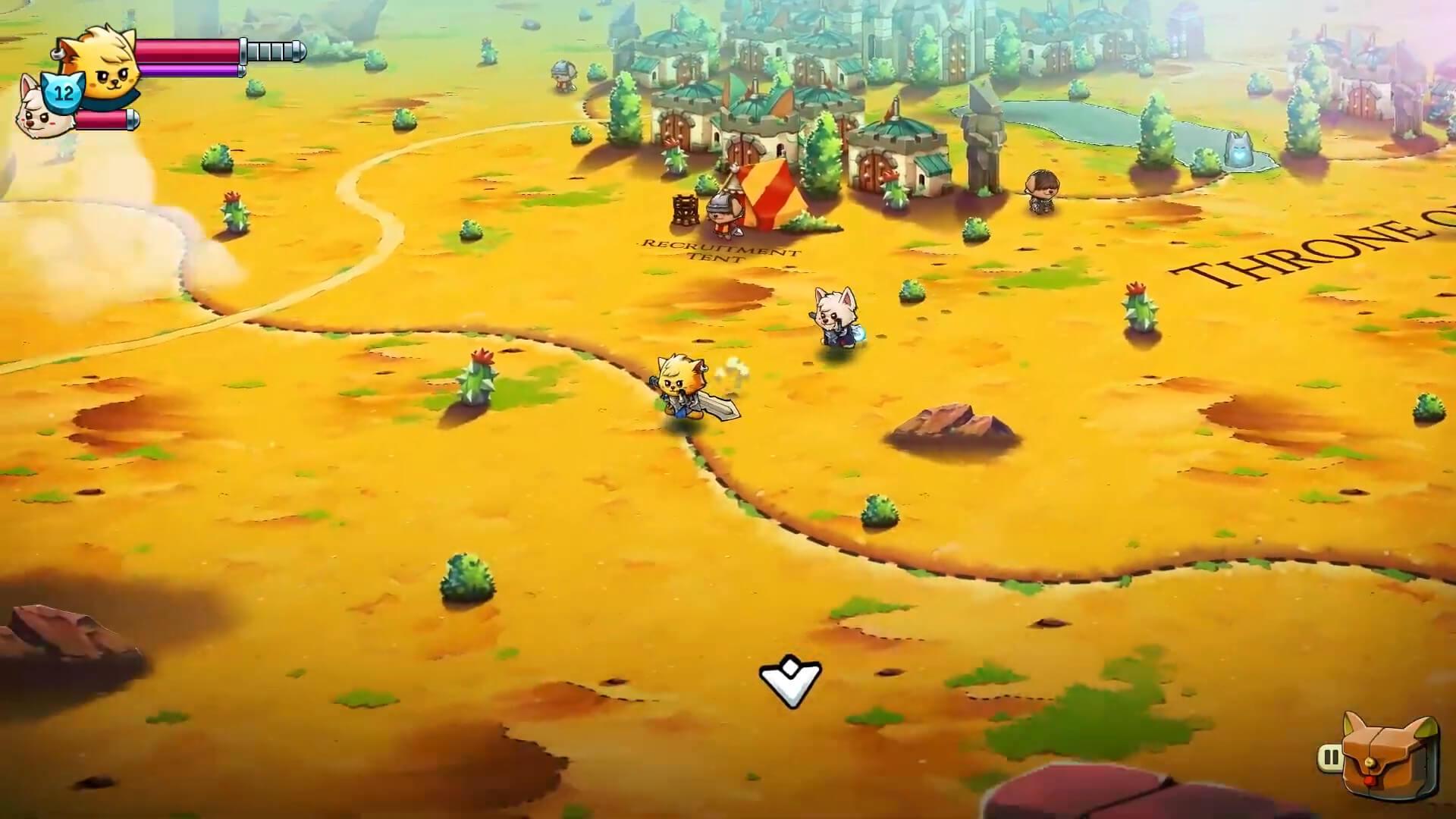 The controls have also been designed to be accessible to all: there's one button for melee attacks, another to dodge attacks (which are displayed on the ground) and a few other buttons for spells.

The other unique thing about this great little game is its main quest. It's very short!

But if you're to complete it, you'll need to acquire various abilities, which you can only find by playing a whole bunch of side quests. You'll earn experience for completing each one of them, and you'll also pick up items that will make you stronger and help you progress through the game.

Most of the rewards you'll earn are randomly generated items, but by finishing all of the quests and opening all of the chests, you'll find all the items you need without ever needing to drop by the forge. That's something that's very handy to know before you start! 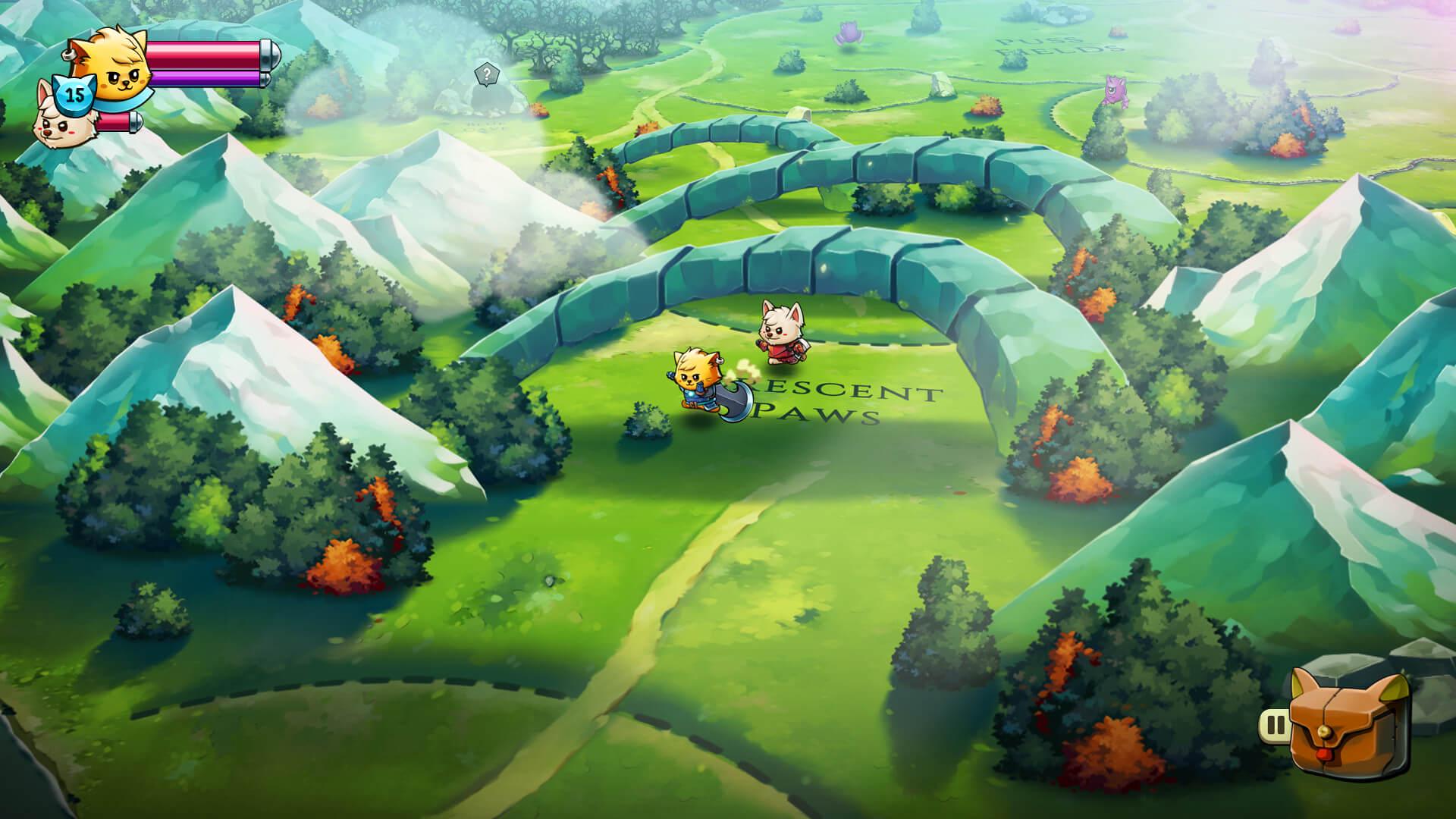 And while it's possible to explore the whole map from the very start of the game, just be aware that, like in any good RPG, you might stumble upon monsters that are far too strong for your current level, and you'll have to come back later to defeat them.

But that's no bad thing, because in addition to the combat, exploration is another of Cat Quest's strengths!

Along your way you'll find a bewitched town whose residents have an unhealthy appetite for meat, and help the Miaow wizards on their quest to break a magic seal... and that's just for starters. It's adorable from start to finish. 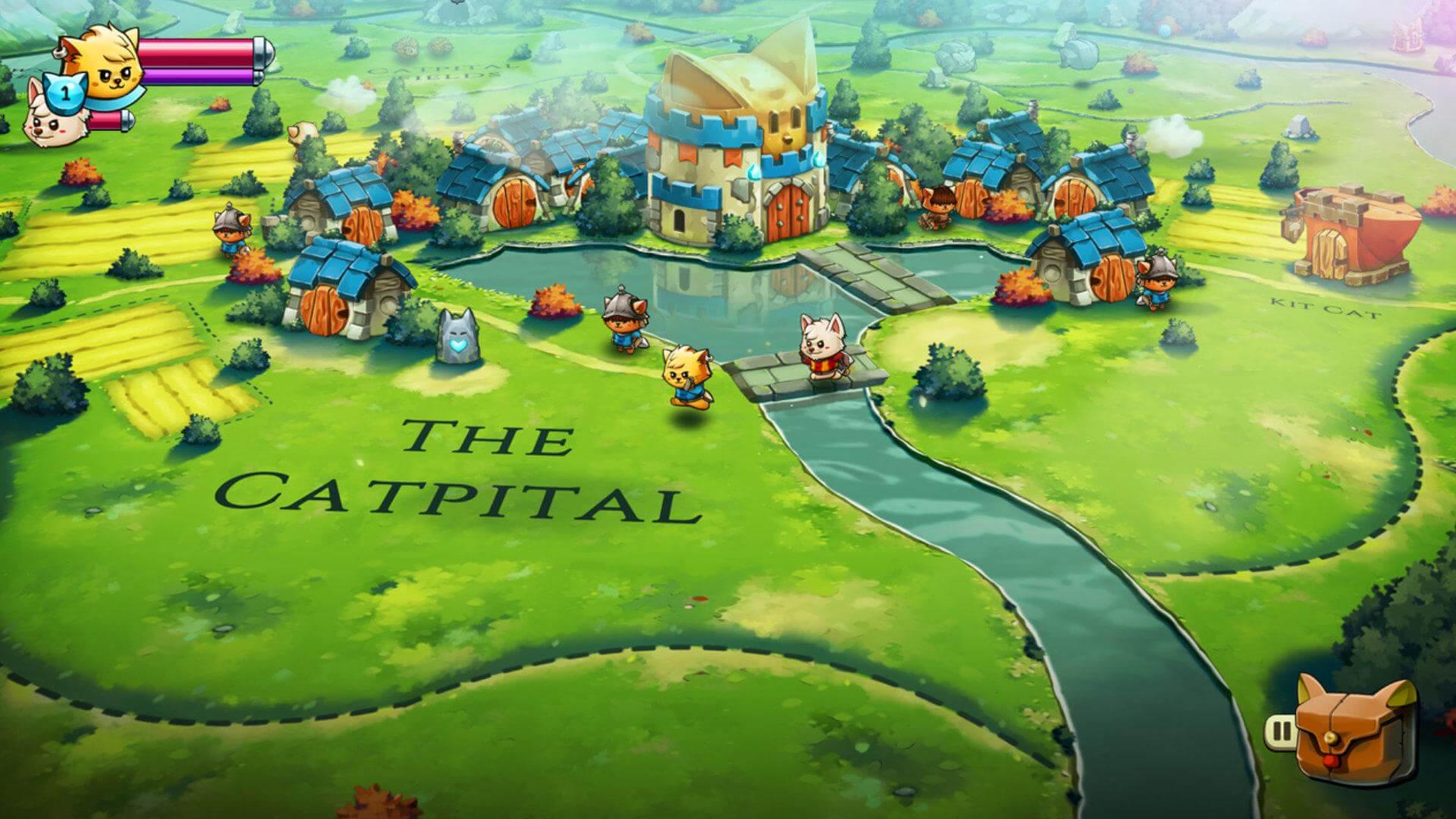 Cat Quest might seem childlike at first glance due to its cartoony artistic direction, but it will win over the bigger gamers out there with the more complex levels as you approach the end of the game. The number of catty puns and feline references deserve a special mention, as does a healthy dose of irony that means there's more than one way to enjoy the game.

In short, it's a game that will make you feel like the cat that got the cream!