Another bash at the Romans… 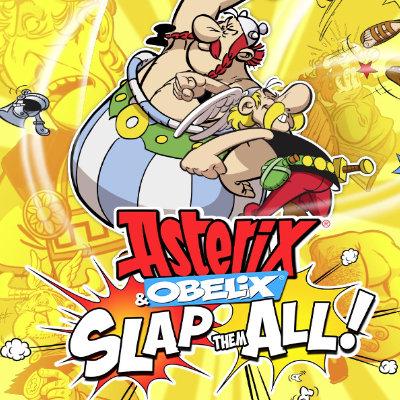 The world’s two most famous Gauls are back in this hand-drawn 2D beat ’em up! Have fun with Asterix and Obelix in this veritable festival for the irreducible Gaul, in a brand-new adventure that’s packed full of action. On the menu: dozens of Romans, expertly roasted boar, and as much fighting as you like!

We thought that we’d made the permanent leap to 3D with Asterix & Obelix XXL I, II, and III, but it seems like our two irreducible Gauls still like the forests they call home to be drawn in strokes of pencil and well stocked with wild boar.

As it happens, it was a great day for hunting when a mysterious character appeared in the village: Asterix’s British first cousin, Jolitorax! You’ll recognise this highly caricatured British dandy from Asterix in Britain, published in 1966! The Roman army has attacked his village and he needs a bit of magic potion to make them reconsider their plans of conquest! 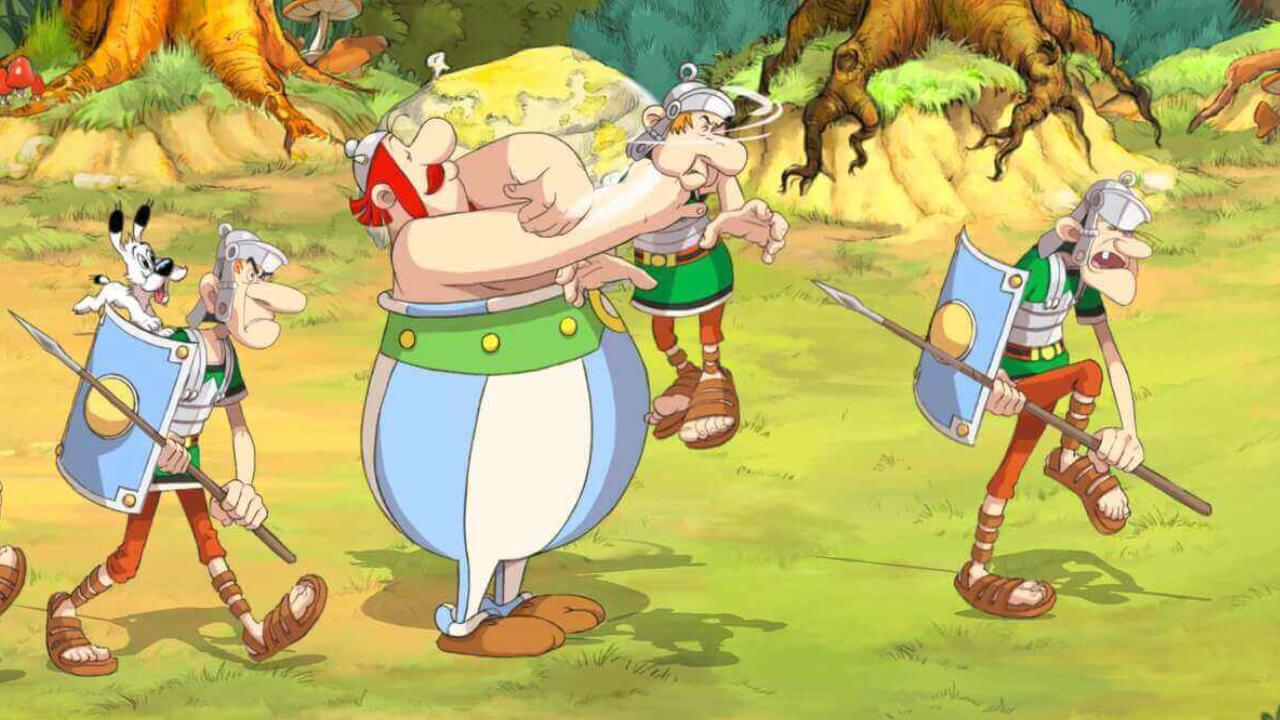 Your job is to travel with him back to old Blighty, playing as either Asterix or Obelix (or both, in co-op mode), and hand out daily doses of slaps to any Roman who dares ask for a second helping. But for once, Julius Caesar’s generals have prepared for their invasion and formed into merciless militia! Not satisfied with always drastically outnumbering you, the Roman soldiers won’t think twice about putting you on a spit if you give them the chance. For Obelix, that’s what we call an all-you-can-eat buffet!

Developed by Mr Nutz Studio, Asterix & Obelix - Slap Them All! is a 2D scrolling beat ’em up (or beat them all) that’s an extremely faithful reproduction of Uderzo & Goscinny’s art.

From the backgrounds to the characters, and including the onomatopoeia, you’ll feel as if the pages of the comic books have come to life as if by magic! It’s a kind of interactive comic whose graphics were made by hand by the talented Philippe Dessoly, the official designer of Mr Nutz, Toki, as well as Goldorak (for five years), Ulysse 31 and Albator, amongst others! 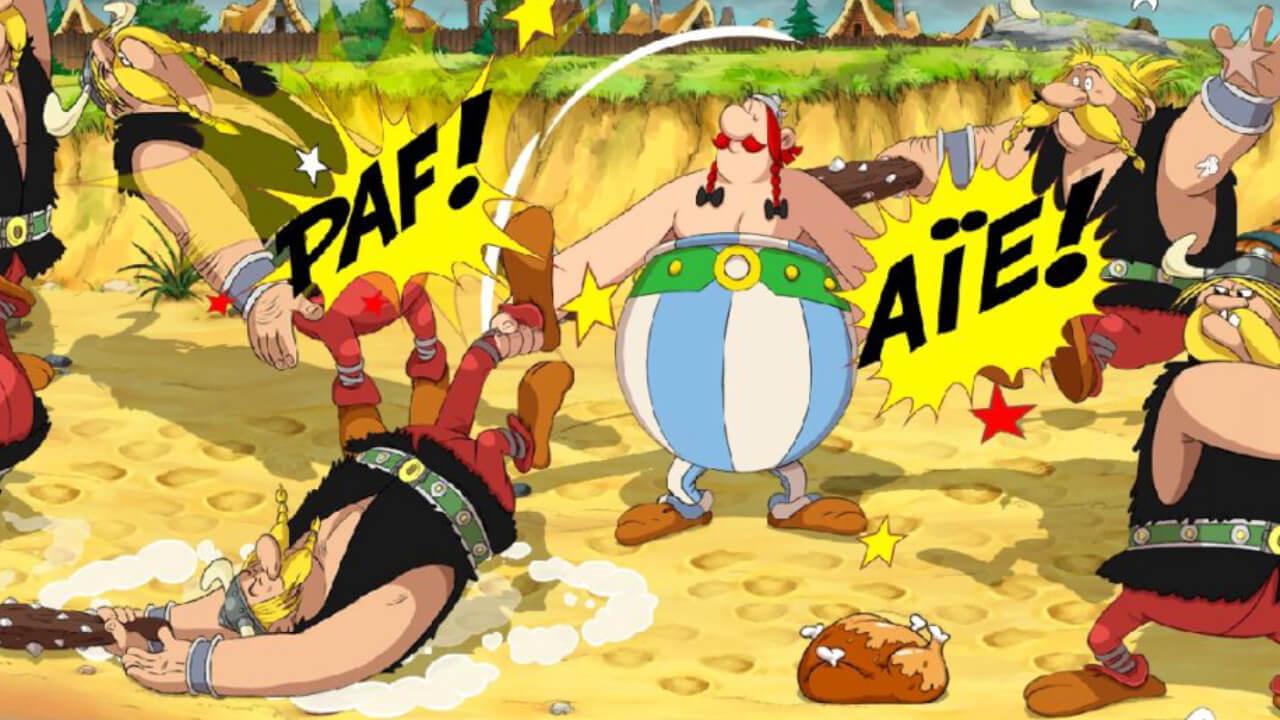 The gameplay is a streamlined affair that consists mainly of busting the helmets of every Roman that dares come onto the screen.

And there’s plenty of them! Fortunately, you have a few traditional attacks at your disposal (punch and kick), as well as devastating special attacks that will make short work of even the toughest centurions! With its 50+ levels, mini-games, and four difficulty modes, Asterix & Obelix - Slap Them All! is perfect for everyone from young lovers of the comics to seasoned veterans of Roman salad… with magic potion dressing!

The co-op mode alone makes it worth playing this game. As long as you’re not a fan of Julius Caesar…