An arcade racer with plenty under the bonnet! 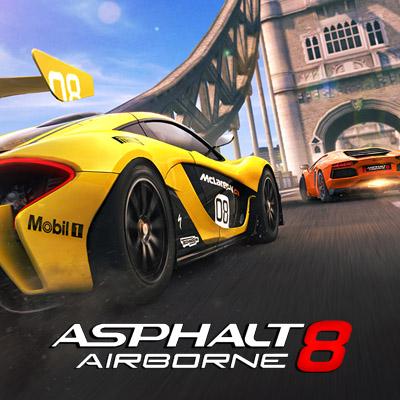 Mind-blowing graphics, dozens of customisable cars, original maps, and beautifully fluid handling that makes it a joy to play. The graphics are amazing, as is the soundtrack. And you can pull off big-air stunts. In short, if you’re a fan of the Asphalt series, you’ll be having a blast across loads of international locations: the Alps, London, Monaco, and Guyana.

Gameloft's Asphalt series no longer needs any introduction! It's no mystery that it sets the gold standard for fans of arcade racers.

The eighth instalment in the series, Asphalt 8: Airborne, is no exception to the role. 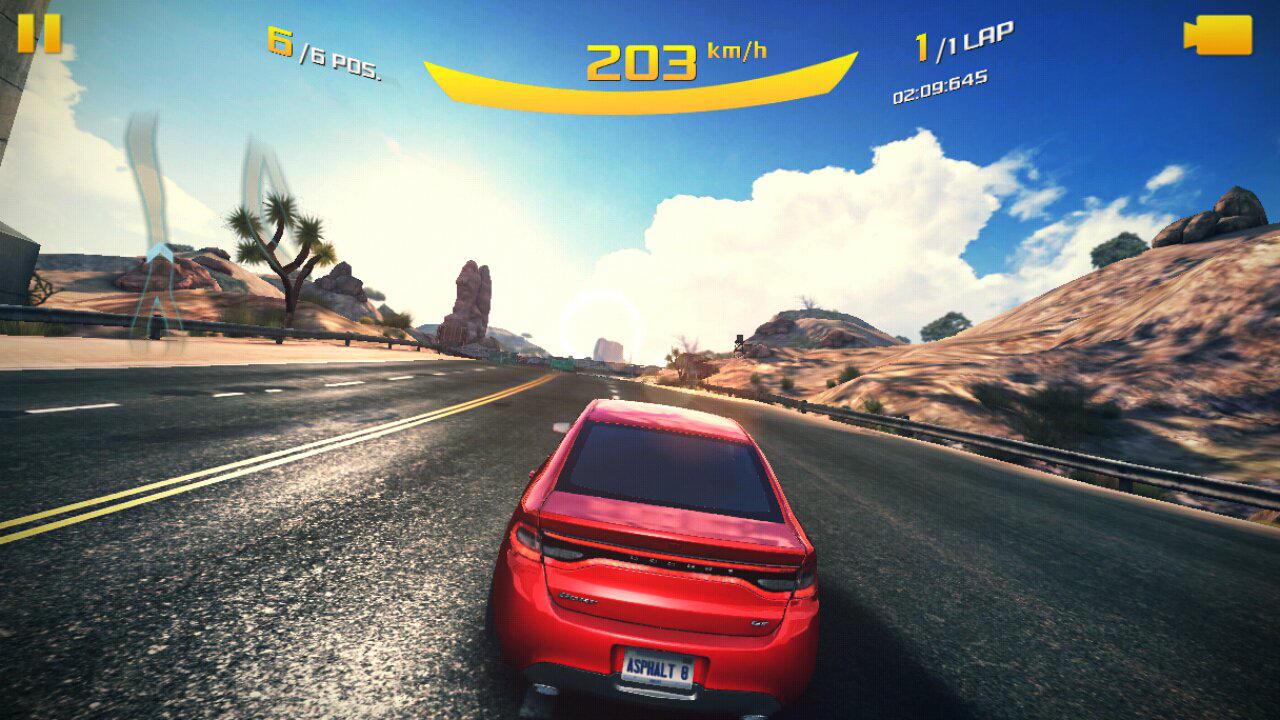 And in further proof of this dedication to pure fun, you can now pull of aerial stunts: barrel rolls and spins.

To try them out, just steer your ride onto a curved ramp and watch your car spin through the air.

Another novelty is Infection mode, where the racer in last place is infected with a virus (remind you of anything?!). They then need to pass it on to their opponents to win extra time before they explode. The infected driver also gets unlimited nitros. It's a fun game mode that gets super intense. As for Elimination mode, your job is to destroy as many cars as possible within the time limit. Perfect for anyone who likes a good fender-bender! 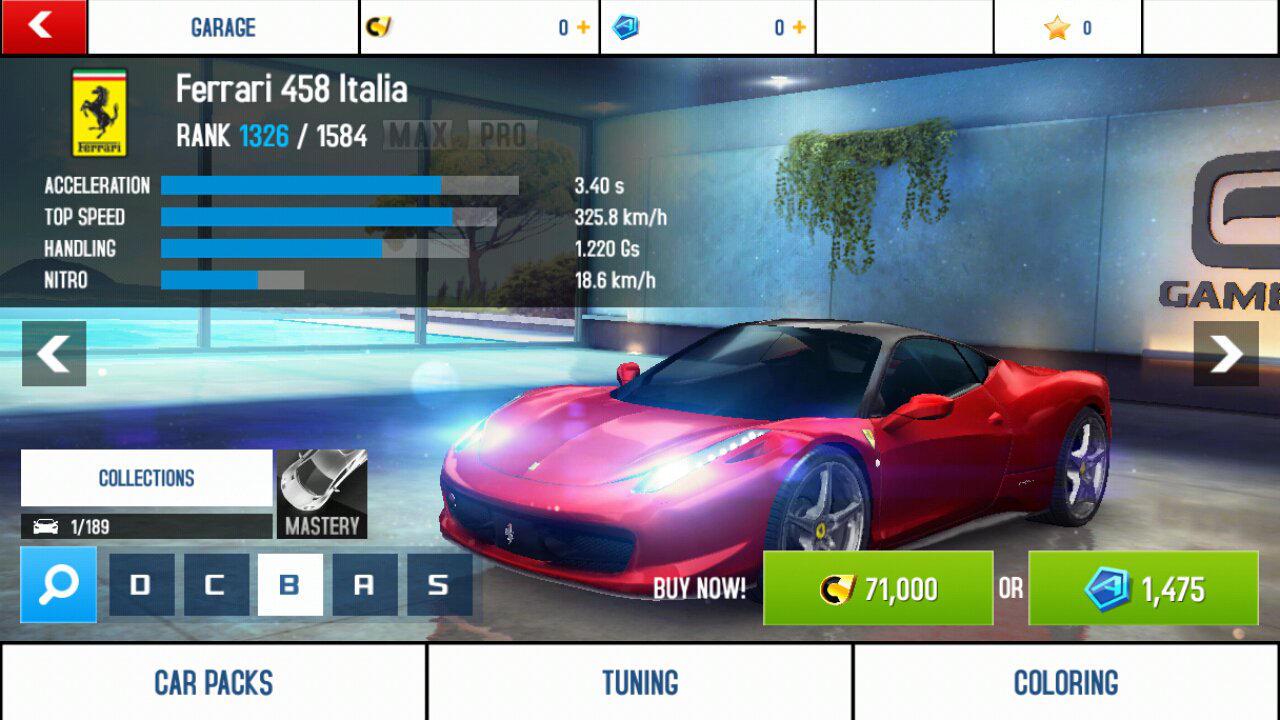 When it comes to the tracks, you'll be off on a world tour: Venice, the Alps, London, Monaco, Guyana, Tokyo... and many more locations. Every track has some not-so-hidden shortcuts that you'll need to take if you're to finish in pole position in the standard races. But before you choose, ask yourself whether it would be better to complete a longer lap with plenty of nitro, or to count on your car's max speed along a shorter path. You should also know that merely winning a race won't be enough to earn the five stars you need to unlock new tracks and seasons. That would be far too easy. You'll also need to tick off secondary objectives, like pulling off a 500m skid, or using launchpads to pull off two aerial stunts. 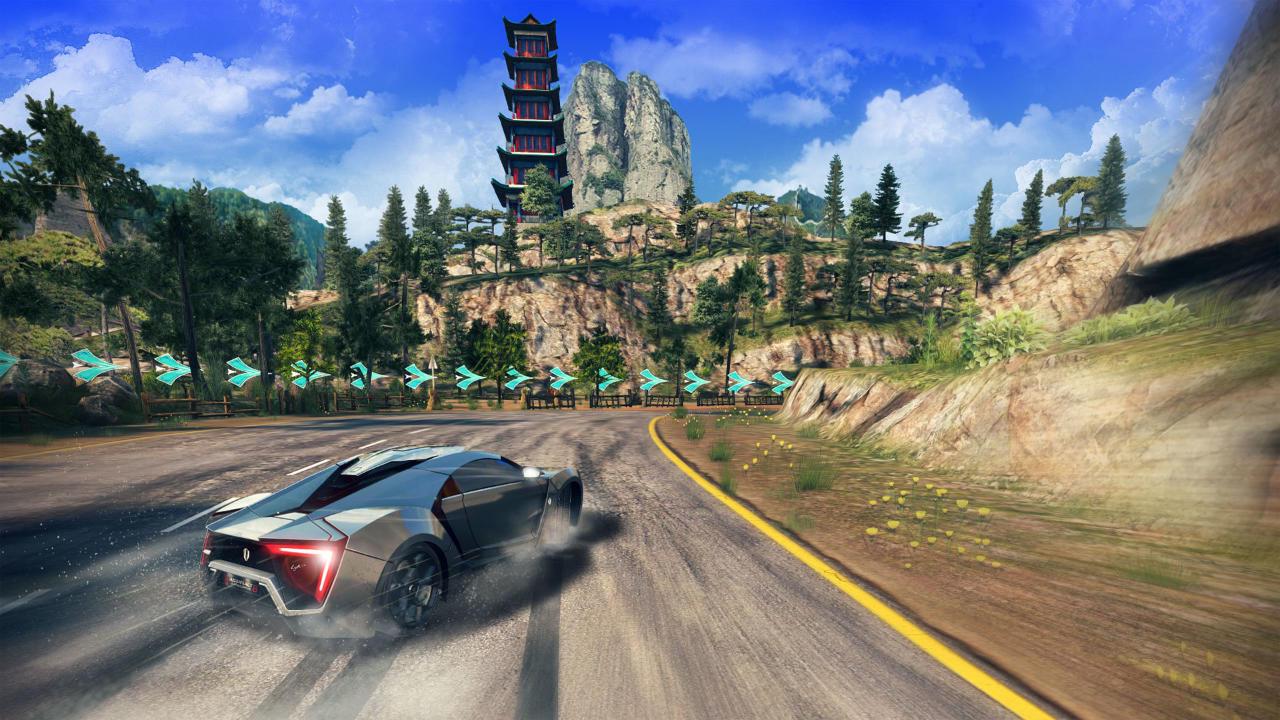 The thing that's so great about Asphalt 8: Airborne, is how easy it is to pick up and play. Acceleration is automatic, leaving you to focus on braking and activating your nitro.

Served up in "seasons", tracks are sorted by vehicle categories. This means that you can only compete in Class C races if you have a Class C car, but don't worry: cars are something you'll have plenty of.

Designed for every gamer, Asphalt 8: Airborne, will be a hit with anyone who isn't that bothered about realism, and just wants to have some straightforward fun.