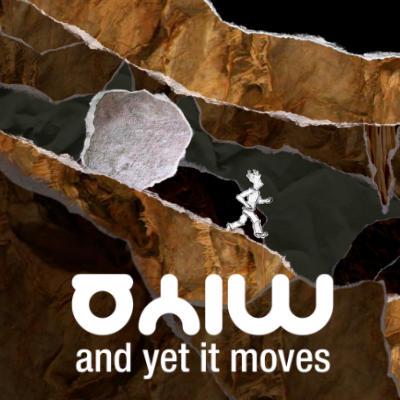 A puzzle-platformer with paper-collage graphics where the world really does revolve around you! You play as a little guy whose only aim is to get to a white door that seems all but out of reach. But perhaps the route will look different if you turn things around? From a different angle, you might just make it out of there in one piece!

Just because you're made of paper, it doesn't mean you can't go off on a fabulous adventure! And here's the proof with And Yet It Moves, and indie game with a unique graphical style and a deliberately mysterious plot. Who are you? What are you doing here? It's hard to say.

But in this labyrinthine world composed of crumpled and torn textures each stuck on top of the other, danger lies on all sides. 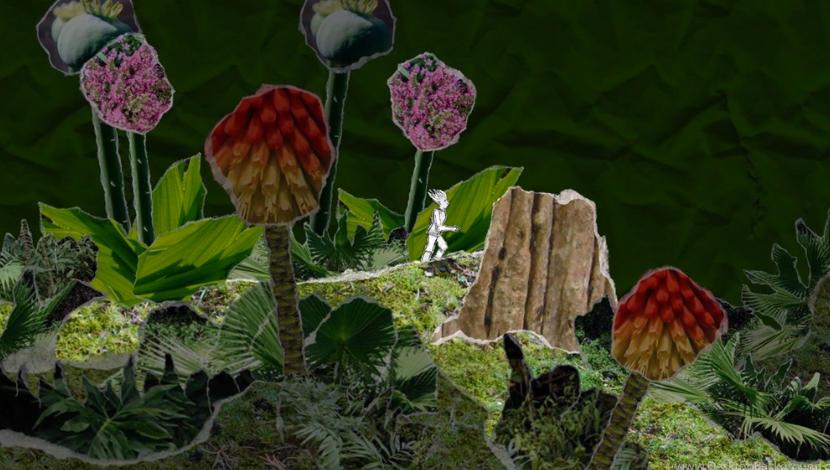 And indeed, you'll often bring it upon yourself as you interact with the world. Fortunately, your little paper hero is a bit of a tough guy who has no truck with that universal force that pulls us down towards the centre of the Earth and keeps us glued to the floor: gravity!

To be clear, he can turn the world on its head just as he sees fit! And this is a great skill to have given that your only aim is to reach a clearly inaccessible white door. The more down-to-earth gamers out there may feel as though they're stuck in a giant maze with no idea of how to get out of a hole or overcome the many traps that await in this strange paper world, so it might be a good idea at this point to record the words of Galileo: and yet it moves!

And Yet It Moves started as a student project by students at the Vienna University of Technology. 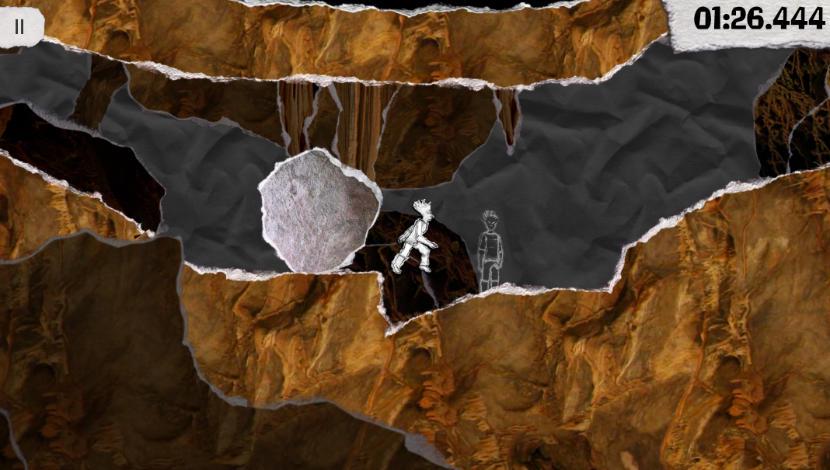 Development of this 2D puzzle-platformer was then taken over by Broken Rules, picking up a few awards along the way. Packed with "360°" puzzles (even though they are made of paper), the worlds you will explore over the course of the game will demand some thought and skill, but it's still accessible to gamers of any level. You'll only need a few minutes to get to grips with its gameplay that's built around a simple mechanic: playing with gravity!

You can access the different areas of the game by jumping to the right spot at the right time when you "pivot" the screen left or right using your controller! Even though your little character will be suspended in the air while you move the screen, he'll retain his momentum and his fragility when it comes to rough landings.

This means you'll need to land somewhere, and on a gentle slope if possible! Rotate the screen in the right direction or to the right angle so that the floor doesn't fall away under your feet at the last moment. Get it right, or end up as papier-mâché!