« Rioting has never been so cute! » 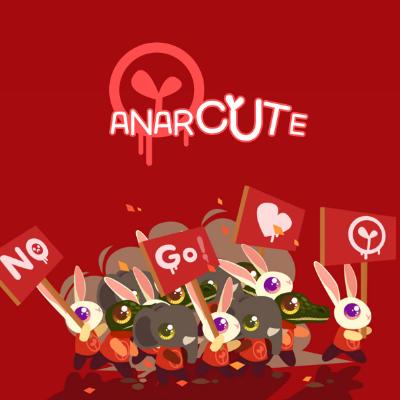 Welcome to the Riot Simulator! The aim of the game is to make your discontentment known by smashing and throwing bins, flower pots, parasols, and even cars... anything that can be used as a projectile, basically, and all in a super-cutesy setting.

The title says it all.
In Anarcute, you play as an adorable horde of anarchist – but cute – rioters.

Sacre bleu! Anarcute was developed in France, the spiritual home of strikes and demonstrations, and more specifically in Valenciennes, by five students at Supinfogame Rubika, a school with an international reputation for excellence in the gaming world.

Anarcute is a riot game, with super-cute cartoon graphics and a brand new kind of crowd beat ‘em all gameplay.
In a nutshell, you control a crowd of rioters each more adorable than the next (little pink bunnies, cute little crocodiles, etc.), but a crowd that can nevertheless destroy any buildings that stand in its way. 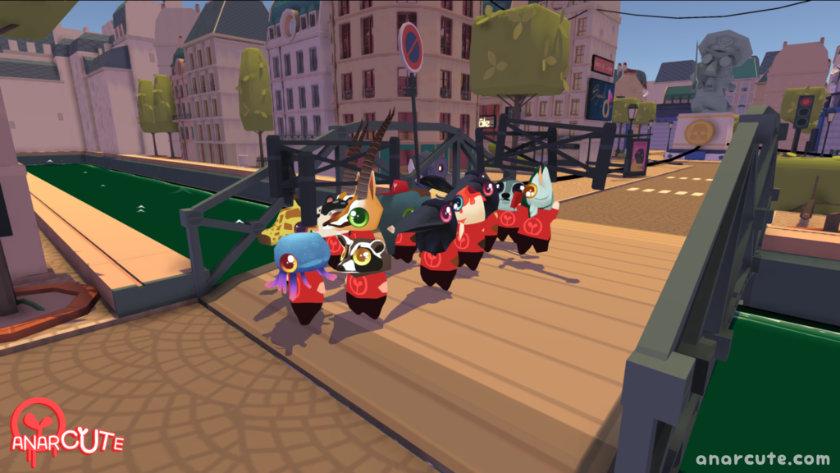 In Anarcute, there’s strength in numbers. The size of your crowd is displayed in a bar on screen that serves as both a life meter and a power gauge. The more rioters you control, the harder they hit.
Pass through a street cafe and your rioters automatically grab tables, chairs, parasols, and bins, which they hold on to until they get a chance to throw them at the military bad guys that maintain order in the city. The powers that be are clearly a dictatorship, just a vibrantly colourful one.

The gameplay is super-simple and intuitive and never gets repetitive, with new mechanics from one level to the next, usually in the form of new weapons to use in a particular way. 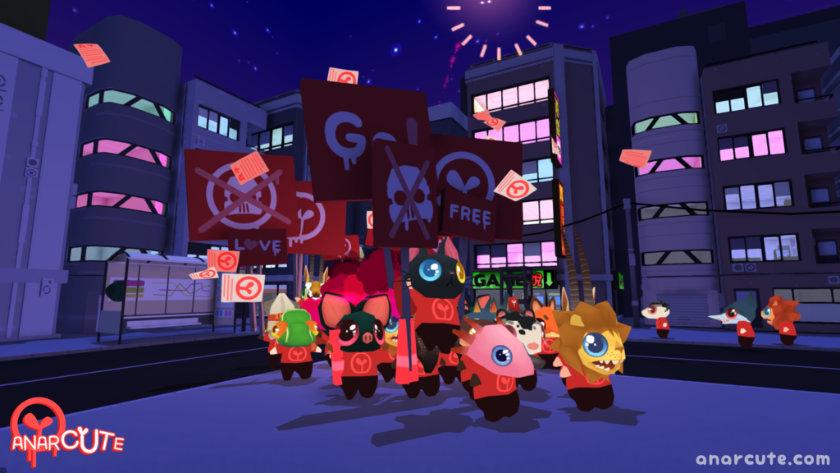 In short, this is the perfect game if you have a revolutionary spirit but hate the sight of blood and just want to have fun. The theme is violent by nature, but the gameplay is absolutely not. Nobody dies, they just get “KO’d”. No blood is spilled, and the battles are a delightfully colourful mess.
And rest easy, it won’t turn you into a balaclavered agitator at the next demonstration you attend...
The game is not political and never justifies looking for trouble. It’s pure, cutesy fun that even the youngest players can enjoy.