A retro shoot ’em up in the skies! 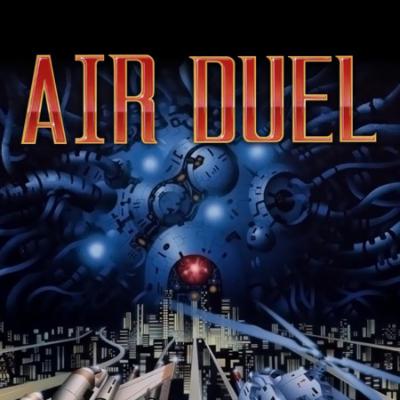 With this retro flying game, you get a bit of nostalgia and plenty of action! Rely on your fragile wings and arsenal of destructive weapons to face off against the hordes of enemies who never stop coming. In this classic vertical-scrolling shooter, you might not be the biggest thing flying above the landscape, but you pack one hell of a punch!

Just because you design an arcade classic, it doesn’t mean you can accurately predict the end of the world! For proof, just look to Air Duel.

Released in 1990, the game was set in 2004, and the apocalypse it predicted never came... unless we missed it! In the game, 2004 was the year that the planet was devastated by an unprecedented nuclear war. An organisation known as DAS used the ensuing chaos to enslave global governments under the heel of its weapons of mass destruction! To counter their Machiavellian plan, the remaining world governments sent in their two best hopes: a bomber and a combat helicopter. 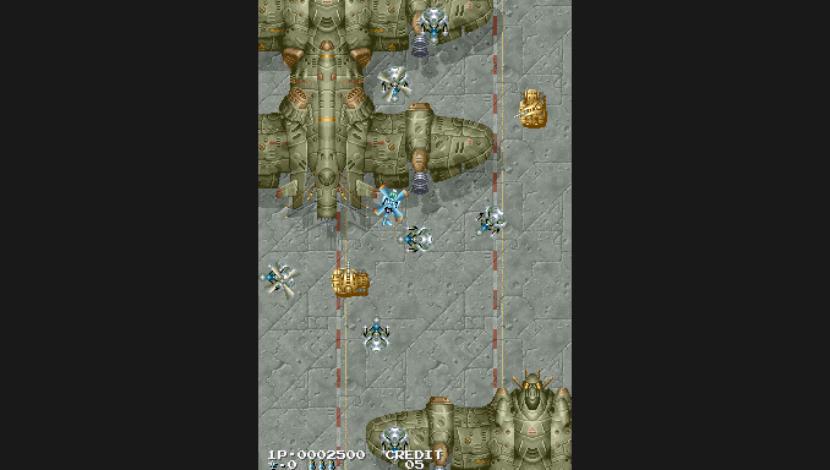 The bomber is powerful, but can only shoot in straight lines. The second is less well equipped, but can pivot 45° to spray enemies in every direction with bullets! It’s up to you to pick which flying weapon is right for you, and then master the art of dodging. Your mission is to reduce the overpowered DAS armada to ashes, and to make it out the other side alive.

But before you set off to the front line, remember that you have limited lives and that even the slightest hit will be fatal!

Originally developed by the legendary Japanese company Irem Software (just like R-Type, Hammerin’ Harry and plenty more arcade games back in the day), Air Duel is a vertical-scrolling 2D shoot’em up that’s well known among fans of retro gaming. Frenetic yet technical, it can be played by one or two players, but it might prove too challenging for newbies to gaming! 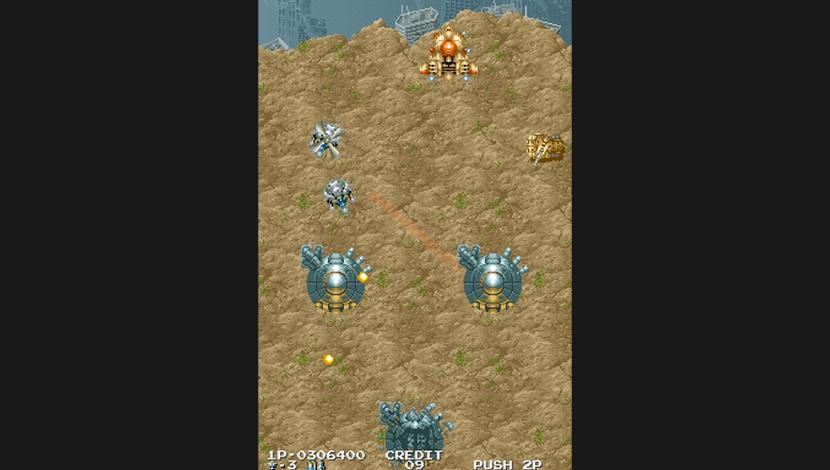 The gameplay couldn’t be simpler: just pound the fire button and move the joystick to move around and dodge enemy fire. While the two aircraft handle very differently, they do have one thing in common: they are both carrying sufficient payload to destroy anything that crosses their path!

You can reload on the battlefield by collecting power-ups, and we also recommend trying not to miss whenever possible, which will earn you points or boost your attack! Without these boosts, it will be impossible to overcome the towers, tanks, drones, and gargantuan bosses that are waiting for you at the end of every level.