"Houston, we have a problem!" 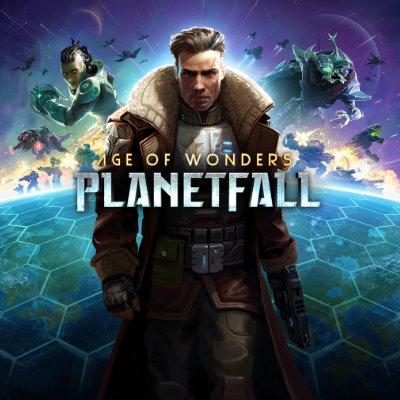 Welcome to outer space, with its interstellar ships, weird and wonderful aliens, and wars between alien species. A blend of 4X and RTS gaming, where you'll be conquering and ruling a far-flung galaxy that's teeming with life. Perfect for fans of turn-based battles. A gold standard in the genre.

Imagine: you're a commander on the vanguard of the Empire, sent on a mission to a distant space colony. But upon your return, you're faced with the dreadful realisation that your homeworld has been turned into a radioactive wasteland, where the few ragged survivors fight it out for the scant remaining resources.

This is the setting of the game's tutorial (and its first mission), which we strongly advise playing before diving into the abundant universe of this 4X game with RTS elements. 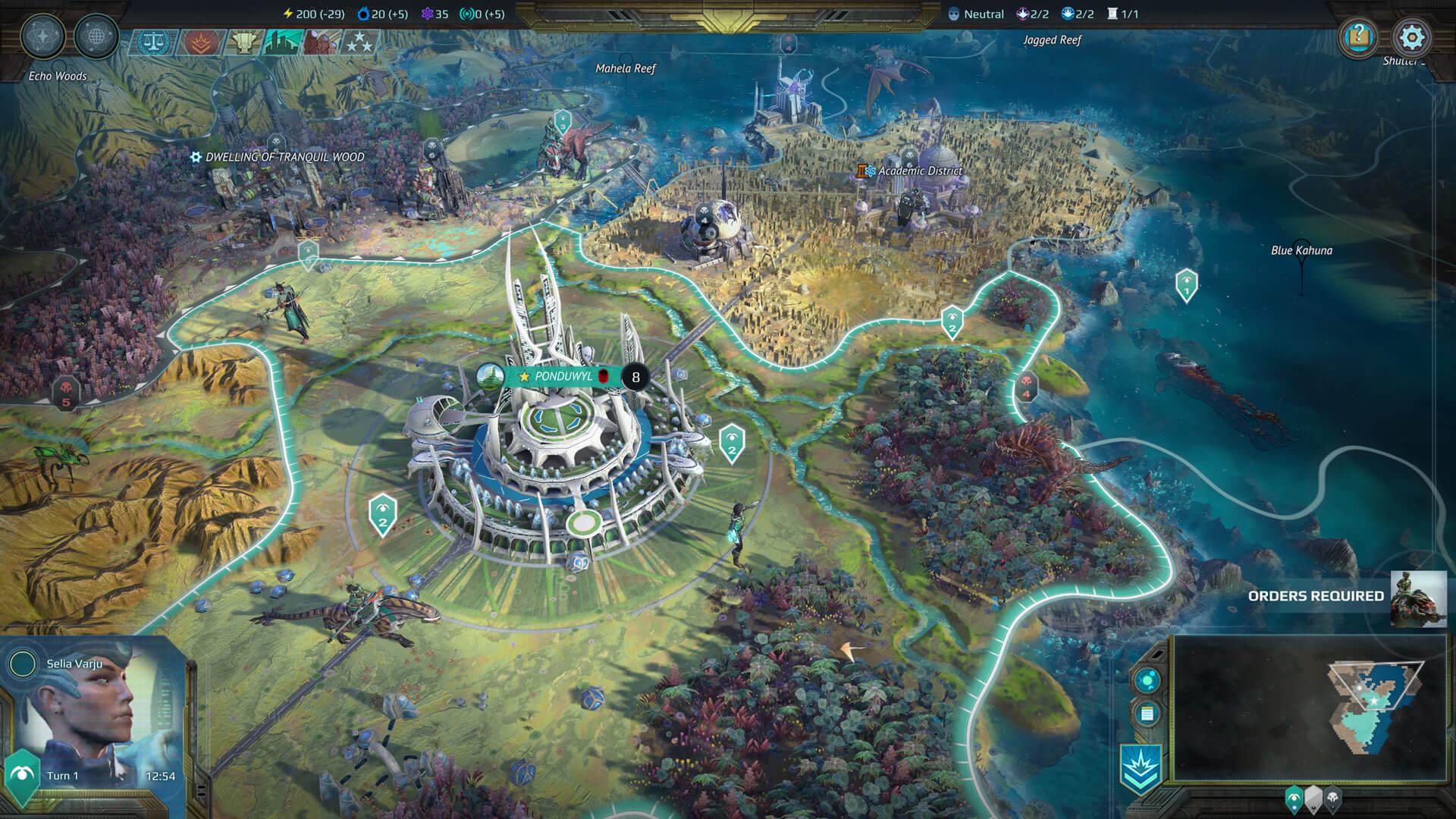 In this game, wave goodbye to the heroic fantasy of Age of Wonders III, and say hello to science-fiction! It’s set in a future where the human government has collapsed, for reasons which will be revealed throughout the game's campaign, and which we'll let you discover for yourself.

You start the game with a new city, built around a small colony ship that lands on the map. Using it as your base, you'll explore the map, discover resources, and encounter other factions that you can maintain relationships with... peaceful for otherwise! Some will be delighted to join your cause, while others will become your sworn enemies! 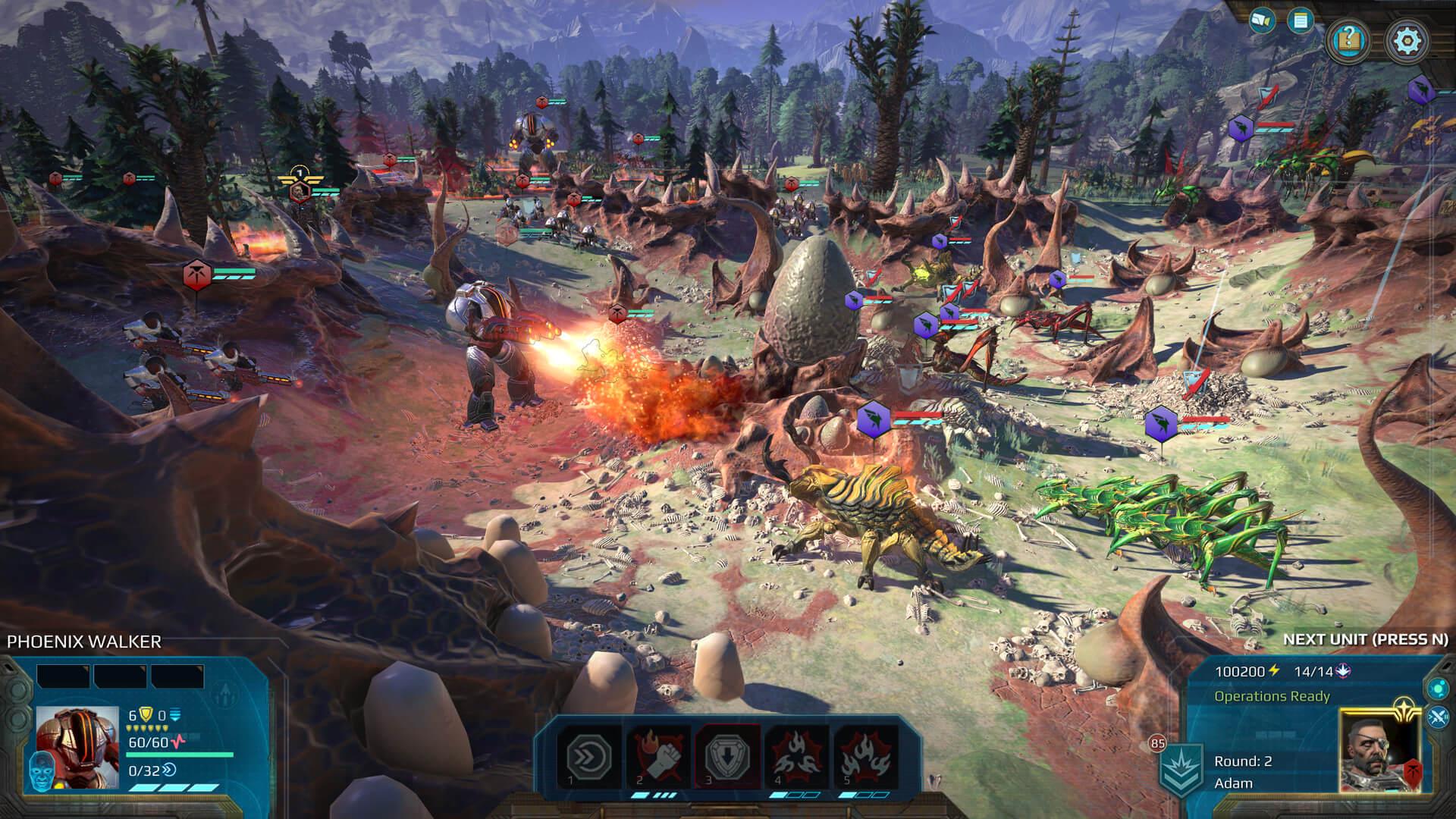 This is the principle of 4X gaming. But what makes this game so great is that when your units do battle, you can choose to have them auto-resolved by the computer (meh!), or take command of the battlefield and control your units yourself. If you choose the latter option, you'll control and manage your troops in a turn-based RTS-style battle.

After completing the tutorial, you can choose between 4 campaigns (out of a total of 13 on offer), as well as one of the 4 factions (out of a total of 6). But forewarned is forearmed: while some are relatively straightforward to play with (like the Vanguard), others are a far more complicated affair (like the Kir'ko, former slaves that operate as a hive). But whichever you choose, you'll be busy!

In Story mode, you can even create your own heroes, choosing both their physical appearance and their skills. 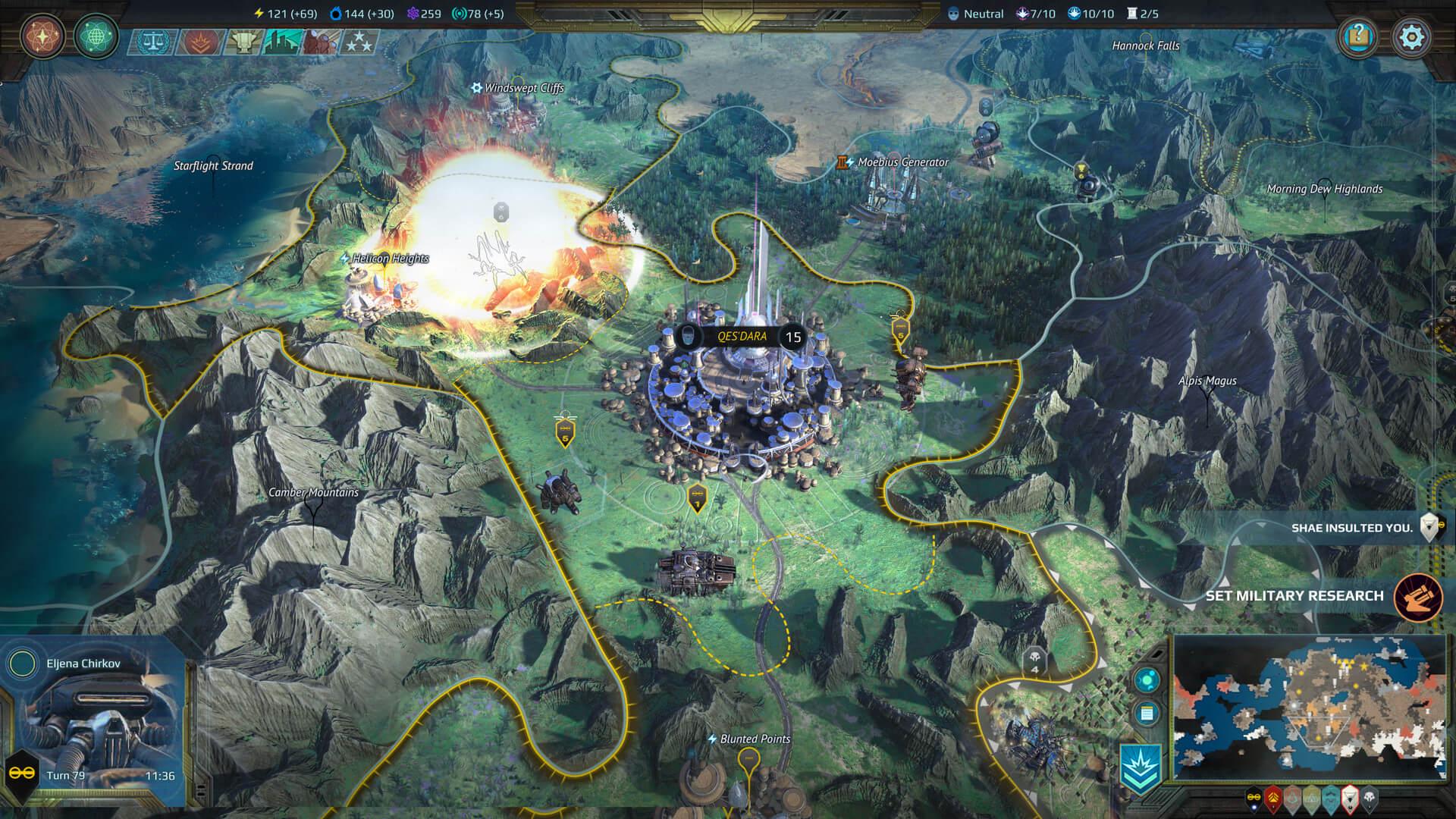 We loved getting immersed in this universe teeming with life, populated by dinosaur-riding Amazons and planets with outlandish environments. Each planet also comes with its own environment and topography: size, percentage water, etc. The colour scheme can be garish, but that's all part of the game's charm.

Otherwise, the game is full of the usual action for the genre: founding colonies, annexing sectors, completing research, producing units, moving armies, and managing your enemies and allies... Every turn demands some thought and tactical decision-making – which takes time – not to mention the player-controlled battles. 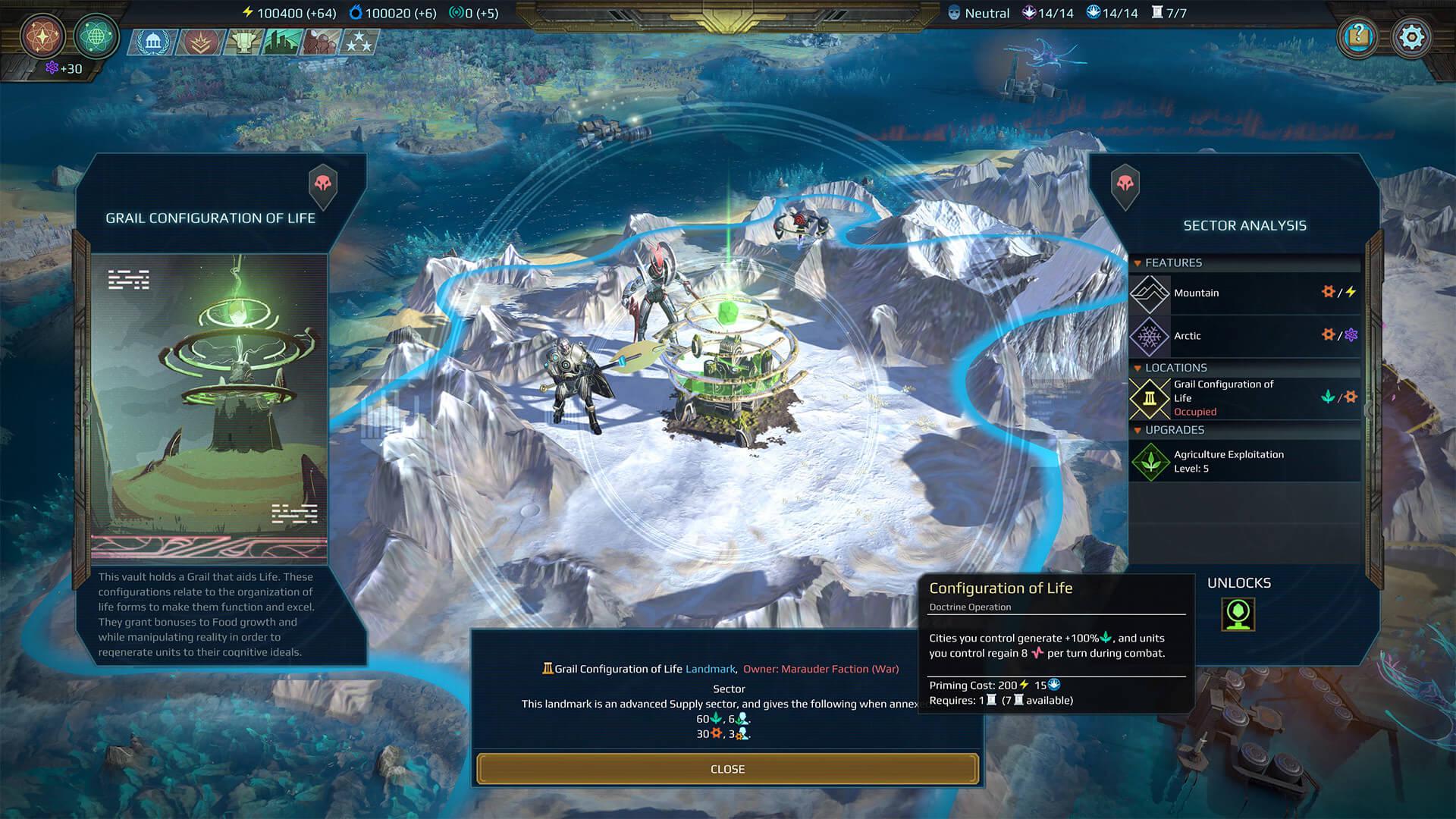 If you're already a fan of the 4X genre, you'll love conquering space in this game.

For newbies, we recommend starting with Very Easy mode, and allow at least three hours to complete the first tutorial scenario!

Then, the infinite possibilities of Age of Wonders: Planetfall are yours to discover!